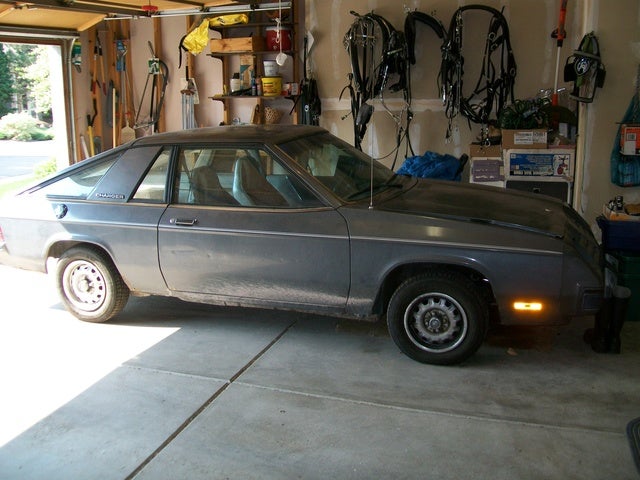 Average user score
4.5 ⁄ 5 stars
Based on 3 reviews
'83 Dodge Charger The Best There Was. by Dragonlens — '83 Dodge Charger 2.2, was the best car I ever owned. It was red with black vinyl trim. It took a beating and kept on going. It could handle high water, half way up the door, without stalling out. I m... Read more
First Car by Adam — This car was my first car, it was either this or a senior class ring. I thought i'd get more mileage from a car then a ring, so.... The Car did what it was supposed to do. It was owned by a fire mars... Read more 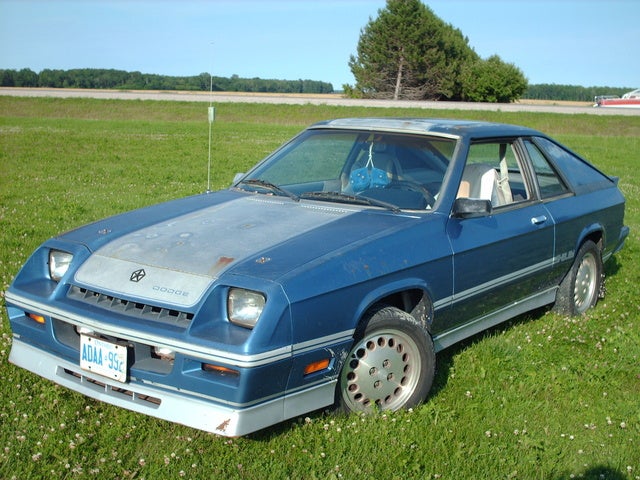 From 1979 to 1982, the Dodge Omni offered a Charger package. The Omni Charger, as it was called, featured a 2.2-liter, 4-cylinder engine rated at 85-horsepower and included hood and side scoops for ornamentation only.

In 1983, the Dodge Charger returned as its own car, but very different from the classic Charger of old. Now a 3-door hatchback, it was built on an Omni platform with a Peugeot engine. It came as a standard 1.7-liter, 63-horsepower, or the 2.2-liter in either 3-speed auto tran or 4 and 5-speed manual. Midway through 1983, a 1.6-liter, 62-horsepower replaced the 1.7-liter, for some reason. The 2.2 sported a rear spoiler and side skirting.

Also midway through the year came the Dodge Shelby Charger, designed by Carroll Shelby of Shelby Cobra fame. A redesigned nose, suspension, and stronger brakes and more responsive steering hinted at the Charger's racing heritage, enhanced by the 15-inch aluminum wheels and silver and blue two-tone coloring inside and out. A higher compression ratio meant a boost in horsepower to 107. Perhaps not the dragster we all knew and loved but certainly an aesthetic improvement over the base model.

Experts generally liked the new Charger, particularly its smooth engine feel, though criticism focused on the awkward and sluggish gear shifting and the lack of horsepower.

glatt I have one for sale 75, 821 miles, too many extra parts to list, clean body, 2nd owner. Mark mark.powell@roadrunner.com

Exponent9 This was considered a model distinct from the Omni by Chrysler, despite what some brilliant acquaintances of the author called it. Who edits this site? Is there no standard of factual accuracy for the writing?

Have you driven a 1983 Dodge Charger?
Rank This Car