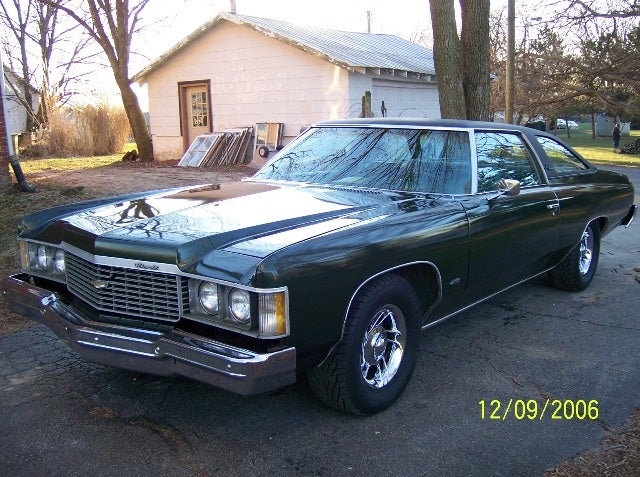 Have you driven a 1974 Chevrolet Impala?
Rank This Car

This is the 3rd Impala I have owned and it is a good value for the money. Just as nice as the Cadillac. Wish GM did not discontinue it. Read More

Best all around bang for the buck, full size car, lots of leg room in the rear, decent power, not rocket fast but not slow either, huge trunk, and a nice smooth ride, just enough tech and user friendl... Read More

The car is a 2018 Impala with a special edition Impala kit relative to the interior. Only 63,000 miles at purchase. Handles well, performance is well. Overall good value because of the kit. I say t... Read More

We had an impala in the past, the newer impalas don’t hav the same ride as the old ones! We are going back to the Malibu! Impalas let us down! Read More

This Particular model was a fully loaded Lt. I just wish it had sunroof. I haven’t had that long so I’ll see how it holds up. Read More

Love it. Everything meets what I looking for when buying a car. Read More

Have you driven a 1974 Chevrolet Impala?
Rank Your Car →