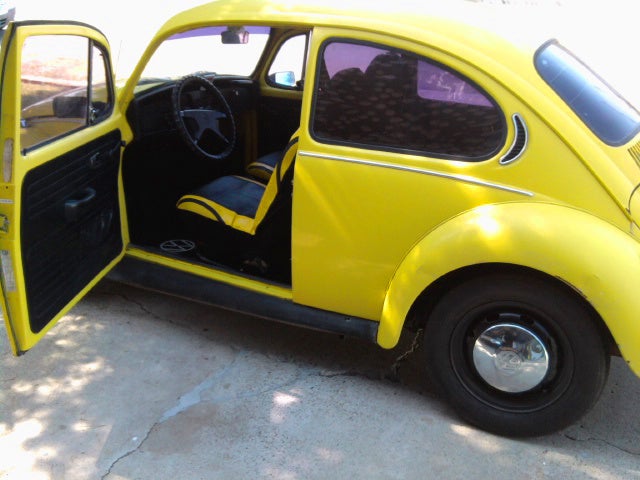 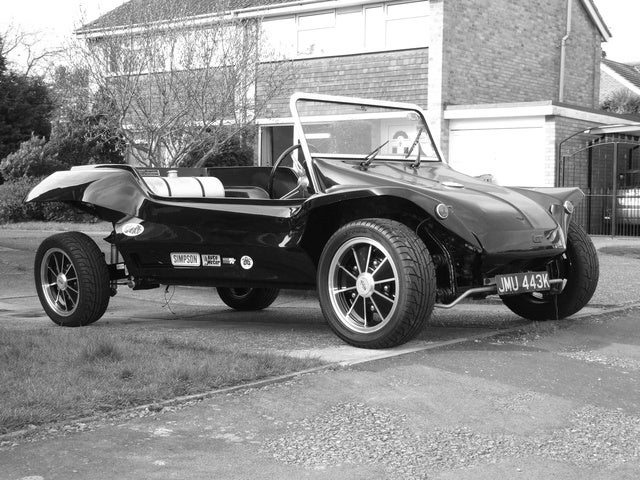 Volkswagen made a few minor improvements to its popular Beetle (over 15 million sold!) for 1972. The smog control system was upgraded, for instance, and a new steering column with a collapsible safety feature was added.

But the biggest news was the introduction of the limited-edition Baja Bug, which came with a dealer-installed package that included walnut dash trim, a leather-wrapped steering wheel, exterior side stripes, Bosch halogen driving lights, alloy wheels, and special exhaust pipes. The Super Beetle was also available for 1972.

The standard Beetle came with the 1600 four-cylinder, air-cooled engine that generated 60 horsepower, as well as a dual braking system, four-wheel independent suspension, and a flow-through ventilation system. In addition, standard features included seat belts for the driver and passengers, two-speed windshield wipers with a pneumatic washer system, swiveling sun visors, coat hooks, assist straps, folding rear seats, and luggage space under the front hood and in a three-foot carpeted compartment behind the rear seats. A convertible top was optional.

What's your take on the 1972 Volkswagen Beetle?

Have you driven a 1972 Volkswagen Beetle?
Rank This Car

What Is A KARMANN Edition Beetle?

Is this (KARMANN Edition) simply a dedication? Thanks!

I have a 72 Volkswagen super beetle sedan been sitting on my property for 40 years has extremely low mileage the interior is stuck in time excellent condition except the floor and ceiling lil torn up...

When Did VW Start Putting Curved Windscreens In Thier Beetles?

Well guys, my '72 convertible is drivable now. With the top up, maybe all the time, it sucks in exhaust fumes in like mad! I expect the heater boxes are the main culprit. As I live in the SouthWest wi...

630 views with 2 answers (last answer about a year ago)

I'm rebuild a beetle that day for about 10 years. It now "runs and stops". Now my right turn signal flashes with both tail lights and both front turn signals. I've cleaned all grounds and replaced t...