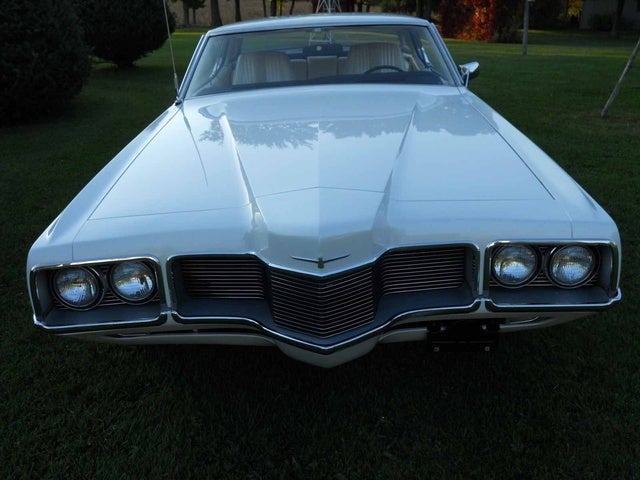 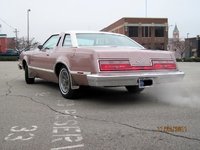 The 1970 Ford Thunderbird was the next-to-last of the 'Glamour Bird' model years, before the 1972 redesign made the sleek muscle car bigger and bulkier. Changes for the 1970 model year were minimal.

A front-end redesign was the most significant cosmetic tweak to happen to the T-Bird between 1969 and 1970; a little origami to the grille made for a distinctive 'v-shaped' front end. The combination of the recessed headlights and the v-grille gave the '70 Thunderbird a look all its own.

Under the hood, the '70 Ford Thunderbird was a performance powerhouse, with a 7.0 liter V-8 engine that delivered 360 horsepower, and accelerated from zero to 60 in just 9 seconds. Drag racers loved it!

Hindsight is 20/20, and today we love this classic car. At the time, though, Ford didn't quite know how to sell its 'Glamor Bird'. The 1970 Thunderbird was available as either a two-door or four-door model, but the four-door version never caught on (perhaps the back-opening 'suicide doors' didn't help the TBird pass itself off as a family sedan?)

You'll still find plenty of these out there, but you're more likely to see them at a car show than on the streets (at least in the US; there are some wonderful old Thunderbirds still going strong over in Cuba). Anybody who's lucky enough to get their hands on one of these has a project car that most of us can only dream of.

What's your take on the 1970 Ford Thunderbird?

terrymadman i have have a 1970 ford thunderbird , secound onwner , trying to restore , looking for parts for the seats , and inside trimm the back matel rear tips for the roof , the model is the fast back , if someone know of a person with parts , e- mail me @ terrymadman@yahoo.com or call me 360 910 5158 ask for terry have cash to buy parts now

Have you driven a 1970 Ford Thunderbird?
Rank This Car

Looking for a 70-71 Ford Thunderbird 4 door in fair to decent condition for a reasonable price. Please contact John at mrcaddyman78@gmail.com

Where Is My Fuse Located For Windows 1970 Thunderbird

312 views with 4 answers (last answer about a year ago)