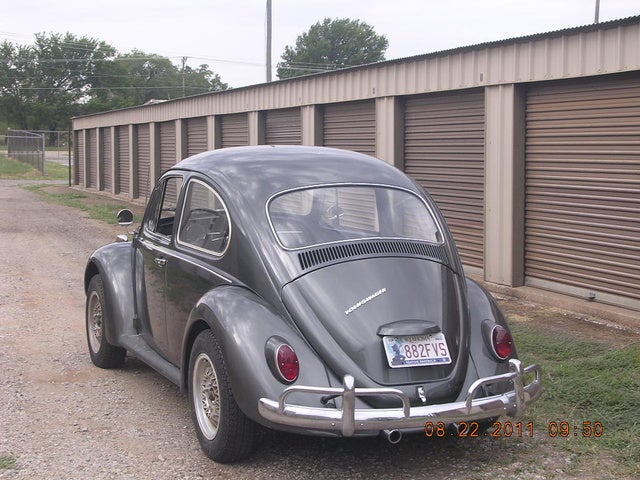 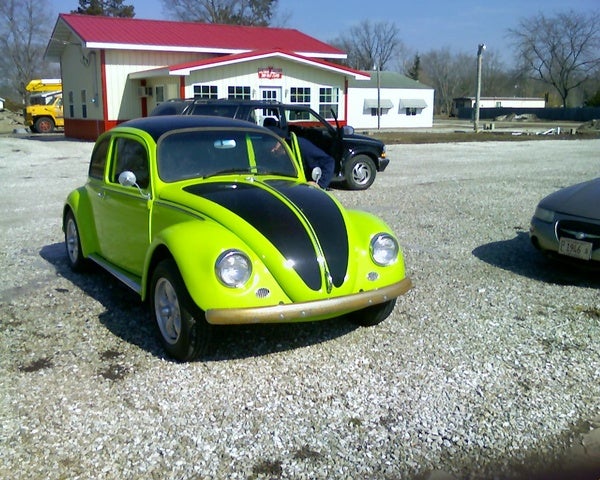 The Volkswagen Beetle made some major strides for the 1967 model year, and while the car itself didn't get any bigger, many of its mechanical systems and components did.

For starters, the Beetle came with a bigger engine for the second year in a row. Horsepower had been bumped to 50 horsepower the previous year, and for 1967 it was bumped even more, to 53 horsepower. The capacity of the electrical generator was increased from 180 to 360 watts, and upgraded from a 6-volt to a 12-volt system. The clutch disk also increased in size, and improvements were made to the flywheel, braking system, and rear axels.

New standard equipment included two-speed windshield wipers, back-up lights, a driver's armrest on the door, locking buttons on the doors, sealed-beam headlights, and an outside mirror on the driver's side.

The 1967 Beetle was available in a variety of colors, including Ruby Red, Lotus White, Java Green, Zenith Blue, and Savannah Beige. Interior upholstery was available in either cloth or leatherette. Standard features included swiveling sun visors, coat hooks, assist straps, an automatic windshield washer, an overhead light, a folding rear seat, and storage space under the front hood and in a three-foot carpeted compartment behind the rear seat.

What's your take on the 1967 Volkswagen Beetle?

GuruYK9LG Had a powder blue one in college. Great little car.

Have you driven a 1967 Volkswagen Beetle?
Rank This Car

What type of gas should I use for my VW bug?

Car is in pretty good condtion. I am the original owner and the vehicle has been garage-kept for the last 20 yrs.

What's The Difference Between To European And American

I am purchasing a 1967 European vw beetle. I pick it up this weekend 9/29. I wanted to know if anyone can tell me what is going to be the differences on the European models. Thank uou