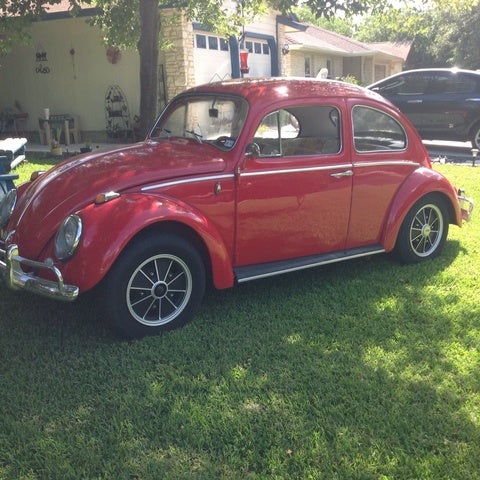 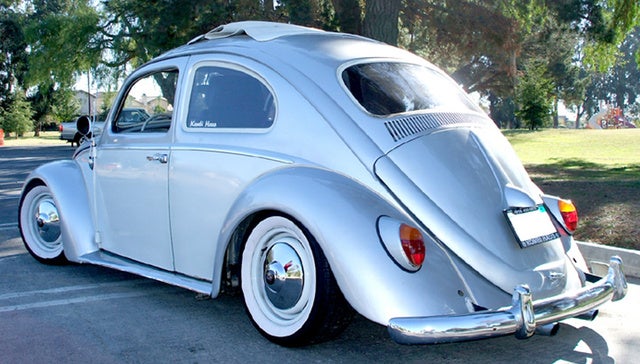 It seems commonplace today, but Volkswagen was selling the fuel efficiency of its popular Beetle way back in 1962. A sales brochure of the era touted the fact that the Beetle got 32 miles per gallon, and other literature from Volkswagen noted that under professional driving conditions the car could get up to 50 miles per gallon. The reason for that mileage was the Beetle's efficient, air-cooled 1200cc four-cylinder engine, which generated 40 horsepower. The engine was mounted in the rear, Volkswagen said, so that its weight could provide traction to the rear wheels.

Interestingly enough, Volkswagen also promoted the roominess of the diminutive Bug, noting that the Beetle could not only comfortably carry a family of four, but also had room for luggage under the front hood and in a three-foot carpeted compartment behind the rear seat.

Other features of the 1962 Beetle included sun visors for the driver and passenger, coat hooks, assist straps, an automatic windshield washer, and an overhead light. A four-speed transmission, independent suspension, and telescopic shock absorbers were also part of the Beetle package.

One thing was insufficient, though: the heat. Rather than actually having a heater, the car channeled engine-heated air into the driver's compartment. This wasn't always enough.

What's your take on the 1962 Volkswagen Beetle?

onbase777 WE JUST ACQUIRED A 1962 VW WITH A HORRIBLE TRANSAXLE NOISE! WONDERING WHERE IN THE SEATTLE AREA WE CAN GET THIS PROBLEM REPAIRED OR A TRANSAXLE SWAP? THANKS

Have you driven a 1962 Volkswagen Beetle?
Rank This Car

How Can I Tell What Type My Vw Engine Is? Begins With A K

Car Cuts Off If Baterry Is Disconnected

If car battery is disconnected while is on, car cuts off. Generator maybe?

Did The 1962 Volkswagen Havw Different Insignias On The Front? Like VW Or W...

1962 Vw Bug Won't Start By Key, Only Push Starting Or Jumping With Screwdri...

I have a 1962 Vw bug that will not start unless I push start it or jump it with a screwdriver from the starter to solenoid. Other than that the key just gives a Click clunk sound. I have replaced t...

Trying To Push/roll 62 VW Beetle From Garage To Driveway.

62 VW beetle not running battery dead. Unable to push. Handbrake off and in neutral, what could be wrong