This car reeks of smoke! As I walked up to it it looked filthy. A white car showing dirt streaks from not being cleaned in so long. The kid that was my salesman was just like, "ya, they haven't detailed it yet." Then I opened the door. And it ended there. Again he said, "well it hasn't been detailed yet". I told him to call me if the smell came out... he hasn't. Who presents a car like that?

Good salesman went smoothly but had a few differences

It looks beautiful thank you 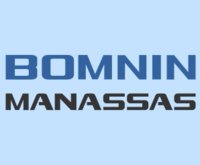 This is the car that I was interested in and they worked a good deal for me to get the car I wanted.

Drove 2 hours to dealership to find out they have the wrong information online about this vehicle!! (Mileage is actually way over 100,000) And was told the vehicle probably wouldn’t be put up for sale!!

Very happy with the sales person Mr. Billy Mensh, very professional and respectful, I definitely will recommend and buy my next vehicle with them

They did reach out to me four times. I delayed in responding back, as work/weather were such that I did not know they had contacted me. Nonetheless, the car's mileage was quite a bit over my limit.

dealer said that the car was actually not for sale because it did not pass state inspection .

They were cool . Responded fast !

Dealer response was good. I was unable to purchase the car at this time due to travel restrictions.

Good experience for the most part. low balled me on my trade.

Very quick response and very nice to talk to.

Purchased with out any hassle!

It was terrible, l would not recommend your company to anyone l know,,the car price originally was 21 thousand dollars, after Terry added everything up the price jump up to 25 thousand dollars, l was so mad that l got up and walk out,,don't go there are you will be screw,,,,

Very responsive. Price listed had all incentives, but I don’t qualify for all so price slightly higher than advertised. Still, great price. Replied both text and email with details. Haven’t bought yet, but close

Good communication , just somethings came up on my end.

This car was a door opener to what I was truly seeking. No such car was in the current inventory of this dealer, so I thanked them and gave permission to contact me if and when one becomes available. The dealers' responce was immediate and thorough. I like doing business with this company.

Beware, prices advertised are artificially low. Not only do they add a standard processing fee (profit), but also a reconditioning fee, MD inspection fee, and the MD inspection fee charges that are required to pass the car. Typically $1250. So basically add at least $1700 to the price BEFORE you add taxes and tags. I was very disappointed with this bait and switch.

General Manager was a great guy Imanual the salesman great The purchase of vehicle was great. Go to Darcars first.

Working with Jeff was great, but between the finance losing paperwork and not being told the shocks were bad and brakes need replacing soon not happy considering I had to have it shipped to California

The pricing they provided did not make sense at all. In addition, shortly after I reached out they increased the price of the vehicle by $2,000. I would not recommend.

They dont update their site i went to see the car after setting up a appointment and it was sold several days before they dont keep anything up to. Date on the site properly

This truck is not certified pre owned as it is listed and the staff was very unprofessional in getting back to me.

Responded rapidly and answered all questions. However, there was a problem about the vehicle being online and then being taken off. Other than that it was fine

very friendly and professional, responded in a timely manner and had the answers I was looking for.

One of the true classics, and a pioneer of the SUV concept, the Chevrolet Blazer was launched in 1969. completely revamped on a new platform in 1983, and continued until 2005.

From its beginnings as a sturdy, mid-size off-road vehicle in a market that didn't quite know how to classify it (was it a pickup truck? a wagon? a utility vehicle?), the Chevy Blazer attained an iconic status on the American road.

Drivers loved the Blazer for its stiff, high-set suspension, its rugged but responsive handling, its durability, and its affordable price. The Chevy Blazer was seen as ready to face tough terrain, as well as roomy enough to carry a gaggle of Little Leaguers with balls, bats, and giant ice cream cones home from the game.

Unfortunately, the Chevrolet Blazer was outpaced by the very trend it had been so key in starting. As SUVs got bigger and more luxurious, the Blazer lagged in sales. Replaced by the TrailBlazer spinoff, the original Blazer is still mourned by drivers who miss its old-school styling and amazing value.

Blazers are also well-loved by the tuner and hobbyist market. You'll find a number of these tricked out as high-end project vehicles; they've got the heft and the Detroit steel to make the investment well worth it!

Top rated dealers near you with Chevrolet Blazer for Sale