it was pleasurable doing business with them. I would do it again

After they ran my credit they tried to charge me 1495. in total aftermarket and 890. in accessories. It’s a express model and is a basic work truck. They really try to get people so they can line there pockets.

I liked the fact that 1 person Chris handled everything from the phone contact to turning over the keys, and came back with a deal both parties could be happy with. 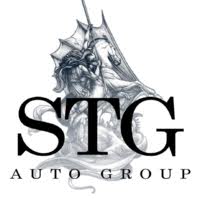 A great experience, and appreciate their help very gracious...

This place Rocks! They have some really cool cars. Came in for an A5 sport back ended up leaving with an A5 cabriolet. Major eye candy store. Owners are super cool 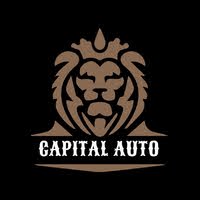 They Would not give quote. After I purchased elsewhere they contacted me and said I got a bad deal because there was a 12 k incentive I should of received. Unbelievable!

Andrew contacted me very quickly and was knowledgeable with the BMW line of cars. I made arrangements to visit the dealership to test drive the 2016 428i. I was glad I did because the car looked brand new. I purchased the 428 from Andrew and was most impressed with his professionalism. Most of all I was in and out of the dealership in less than an hour Thank you Chuck

Rafy was easy to talk to, great dealer

Nice people! Very helpful and answered all my questions.

He returned my initial call in a quick response time. He's communicated with me more information than expected, I was pleasantly surprised. There was no pressure from for me to come down to test drive the vehicle.

Very helpful and very responsive. Sorry I couldn’t purchase a car from this dealer.

Jerry was very helpful and worked with us to establish a deal that would work for us. We are pleased and excited about our new “to us” car.

Excellent experience, beautiful car and Jerry gave me the best deal a person could ask for. Highly recommend!

Awesome dealer! Daughter happy, momma bear happy. Thank you Tai and Ilona! The experience was a good lesson for her and an easy, stress free one for me!

Very friendly and knowledgeable about the car.

We were very happy with their service! Love our car and feel that the reps were honest and gave us a great deal. Will be back!

I do not recommend Carmax because I secured a 2019 corvette by paying $800 dollars to have it shipped to a Carmax dealer close to me. The car was never shipped and Carmax sold the car to someone else. I only found out after doing my own follow up and I still have not received a refund of the $800 that I paid. Their hold time is excessive as I was put on hold for approx. 40 minutes each time I called them.

The Dealer was great. Answered all my questions, held the car for me even without a deposit until I was able to drive down and see/buy it, dealership was taking important safety precautions in response to COVID and the sales person who took me through the transaction was personable, knowledgeable, and patient. I found the entire experience outstanding.

it was ok made an apoointment and was seen on time but when it came time to sign the papers had to sit and wait for over an hour because the line was long.

Told me this car was available, drove 2 hrs to see it to find out it had sold the day before... I'm sure they knew that 2 hrs before I started driving... this dealer is a joke...

Overall experience was good. Made an appointment to test drive a vehicle same day. I wasn't pressured into buying anything. Checked up on me after a day or two. Unfortunately I didn't buy the vehicle I test drove but would recommend this dealership because of their no hassle or dealer add-ons.

Reply was quick, but experience at the dealer wasn’t very well. Had us waiting alone for quit some time. We would have to get up and start walking around to get things done.

I had a wonderful experience with Greg, at BMW Buena Park. Greg, and the others who helped my husband and me, were all great! Greg was especially helpful, in helping us purchase our car. Thank you, Greg!

Awful!! They did everything in their power to not sell me a car. I even came in the second time around determined to get the vehicle I wanted and I was basically made to feel like a burden. Call backs took forever, IF I ever got a call back. Trying to work out numbers was basically a take it or leave it approach, even with a used vehicle. Donât go here. Go to a deferent dealer.

Didn’t buy from Manny, but the dealer was friendly, informative and seemed to genuinely care for customers. Would return!

They responded, but when we arrived, the sales rep said the vehicle was not available, and said they didn’t have any of the 530e iperformance I was interested in due to a recall & BMW had pulled them all out.

Promptly responded to my inquiry. Very professional and helpful. However, I had to buy somewhere else because they didn’t have the options I wanted

I came to this dealership to buy my own car after lease was expired and got awful experience with sales people. Sales manager name Sal and other guy name Don Engel were very unprofessional , they can't even check my account with BMW financial to figure out final sales price , they mess with numbers, just wasted my time here . I will never come back to this particular dealership and not recommend my friends even come close !

Got back with me in a timely manner

Hot off the heels of its seventh-generation debut, BWM's iconic sports sedan returns with a new trick up its sleeve: plug-in power. After tooling around Europe the last few years, the 330e finally arrives on US shores as a plug-in hybrid variant of the classic 3 Series, boasting 22 miles of electric range and up to 87 mph of all-electric power.

While both conventional gasoline and plug-in hybrid versions of the 3 Series start with a 2.0-liter, turbocharged, 4-cylinder engine, the 330e integrates an electric motor into the 8-speed automatic transmission, powered by a 12-kWh lithium-ion battery beneath the rear seats. Together, the whole package manages to deliver an impressive 248 horsepower and 310 pound-feet of torque, and the powertrain is capable of bumping up to 288 hp for around 10 seconds if requested. So what’s the price of admission? Well, beyond the extra $2,000 you’ll pay for the plug-in privilege, there’s 600 pounds of added weight in the form of those batteries and electric motor, and that’s not something you can ignore.

If you’re used to driving a conventional 3 Series you are going to notice a difference with the 330e. That’s not to say it won’t scoot. It’ll still make it to 60 mph in around 5.6 seconds in rear-wheel-drive (RWD) form, after all. But that sprightly punch of torque you’ll get with the 330e’s electric engine will be sadly accompanied by a noticeable increase in heft while cornering and braking. Is it composed? Of course. But that doesn’t mean you won’t notice the extra weight, either. The good news is that while you’ll feel every one of those 600 pounds, the 330e will have an easier time shrugging them off. Skidpad testing shows only a slight drop in cornering performance, and with braking, you can expect to increase stopping distance by only a few feet. There’s a small amount of grabbiness right as you come to a stop, but otherwise, you shouldn’t notice much of a difference at all. A shame there, because the 1-pedal driving experience you get with electric BMWs like the i3 would be very welcome here.

Of course, money and performance aren’t the only drawbacks. The normally cavernous trunk on the 3 Series is also impacted by those batteries, and total cubic feet back there will drop from 17 to 13.2. That’s not a catastrophic drop, but I’d check if your luggage will still fit when shopping. There’s also the added wear and tear that an extra quarter-ton of weight will induce on parts like tires and brakes and suspension, so that should factor into your long-term budgeting as well.

Otherwise, there’s little you’ll find to distinguish the 330e from a conventional 3 Series. And if you’re not willing to sacrifice performance for efficiency, there are some really fun options here. Start with the 330i and you’ll be treated to a non-hybrid version of the 2.0-liter, turbocharged 4-cylinder. Without the help of the electric motor, you can expect 255 hp and 295 lb-ft of torque, meaning you’ll get to 60 mph in 5.3 seconds and see a return of 26 mpg city, 36 highway, 30 combined. If you’re willing to trade some more efficiency for power and speed, the M340i offers a turbocharged, 3.0-liter inline-6 that will get you 383 hp and 369 lb-ft of torque, rocketing you to 60 mph in just 4.2 seconds. Fuel economy will drop to 22/30/25, but that’s a small price to pay for more than a second’s worth of acceleration—if you care for such things.

I suppose that’s the point. Do you care about efficiency? The 330e will deliver. Speed? The M340i will do the same. And if you want a pleasing blend of the two, the 330i stands quietly in the middle, ready to make sure you don’t drive away disappointed.