The sales agent was very helpful and polite. He was well prepared to show me the vehicle I was looking for. Their price listed online is what you pay for and there is no haggling or addons. Great place to shop for a car

Contacted me and followed up. 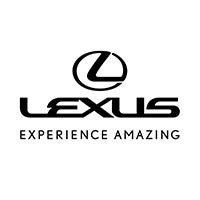 Excellent service. Even though it was a very busy day, they were extremely courteous and helpful. The salesman was knowledgeable about our vehicle and honest as well.

Carmax is the best dealer in the world! Didn't work out with this car but they are polite and helpful everytime.

There response time and follow up was excellent. Vehicle I was interested in ended up selling before I could make it to the dealership. I appreciate that they followed up and let me know so I could continue my search.

Best service we have ever had at a dealer, Nasser, internet sales manager was very friendly and helpful with our questions and purchase.

I was contacted promptly and provided any possible needed

Bunch of liars, I went in to see the car after driving 59 miles and they claimed they could not find the car. I think the car was just a bait to get people in there. Of course they tried to sell me another car for twice the price. Typycal Sleeze Used Car Sales Scum

Honest salesman I spoke with.

I scheduled an appointment. I saw the vehicle. I bought the vehicle. The slowest part was waiting my turn to write a check. I believe they were short staffed.

south County Lexus was a great place to buy a car. They responded right away. The listing of the car was very accurate. The car was clean and ready for a test drive. Matthew Ancrum had great customer service. I would recommend this dealership to anyone who is looking for a great car buying experience

Salesman got back to us pronto. Gave us good information.

Best experience ever! Hamid was responsive I asked for a out the door price for my zip code he gave it to me never once did he hassle or bother me to come in for a test drive I went in signed my documents and took my car was in and out in a hour he never once tried to up sale me was very polite and made the experience of buying a car hassle free especially during a pandemic.

Didn't seemed like he wanted to help, asked me to call another day because he was busy

I bought Bolt EV from Simpson, Worked with Joshua, very honest, no hidden fees, no games. Very happy, will definitely buy my future cars from them.

Great customer service felt like family got really taken care of it was worth driving out there and get my truck 10/10 would definitely go back. Cesar will take care of you guys

As Lexus moves towards building cars with more driving enjoyment, it has tweaked a few existing models and introduced some entirely new ones like the LC 500, which is set to become the company’s flagship model. The 2018 LC 500 is a 2-door V8-powered luxury sports coupe similar to the retired SC 430, but with more credibility in the performance department. A somewhat low-volume, exclusive model, its dimensions are comparable to those of the Mercedes-Benz S550 Coupe and BMW 650i. Lexus expects to sell about 400 per month, 15 to 20 percent of which will be of the LC 500’s hybrid sibling (sold as a separate model, the LC 500h). The LC 500’s MSRP comes in at $92,000, though adding enough options could raise the total to six figures.

Most of the 2018 LC 500 is completely unique, with inspiration drawn largely from the LF-LC concept car that debuted at the 2012 Detroit Auto Show. One familiar element, however, is the powertrain. The LC 500’s 5.0-liter V8 engine, also used in the RC F and GS F, sends 471 hp and 398 lb-ft of torque to the rear wheels. Unlike so many other performance luxury cars out there, the LC 500’s V8 is normally aspirated, with a 0-to-60 time of 4.4 seconds. The exhaust opens wider for a louder, throatier note above 3,500 rpm, but yes, the LC 500 is one of those cars that pipes exhaust sounds into the cabin.

The transmission is one of the most surprising elements of the LC 500. Not that long ago, an 8-speed transmission was quite an exotic concept, until some higher-end vehicles got 9 speeds. The LC 500, however, trumps even those with its 10-speed automatic gearbox, which will likely be beneficial for fuel-efficiency purposes. The first 7 gears are closely and evenly spaced, while 8, 9, and 10 are overdrive gears.

Lexus claims that the new LC 500’s Global Architecture – Luxury (GA-L) platform, which will also be featured on the upcoming LS sedan, is the stiffest unibody the company has ever built—including the old LFA hypercar. Up front is a multi-link suspension with lightweight aluminum components, dual ball joints, and 2 upper and 2 lower control arms that keep the hood of the car low. The rear suspension is a more conventional multi-link unit with coil springs and electronic adaptive shock absorbers, and brakes are 13-inch discs with 6-piston calipers up front and 12-inch 4-piston calipers at the rear. As for weight savings and distribution, the LC 500’s body is made of a combination of steel, aluminum, and carbon-fiber-reinforced plastic, with a composite trunk floor, no spare tire, and an available carbon-fiber-reinforced plastic roof.

On the interior, the LC 500 lives up to its luxury performance car status, with surfaces swathed in leather, suede door panels, up-to-date convenience and technology features, and an attractive analog clock. The back seats are small but not claustrophobia-inducing, which is the norm for this type of coupe. The LC 500 comes standard with a reversing camera and a Pioneer audio system, which can be upgraded to a 13-speaker Mark Levinson sound system.

The LC 500 comes equipped with the Lexus Safety System+, which includes all-speed dynamic radar cruise control, automatic high beams, lane-keep assist, and a pre-collision system that will automatically apply the brakes to avoid a collision. It hasn’t yet been crash tested by the usual authorities, but it’s reasonable to expect this brand-new design, with the most rigid chassis in Lexus’ history, to perform well. A sportier “F” model will likely be released down the road to go up against BMW’s M cars and Mercedes-Benz’s AMG models. Lexus has been working to improve its performance-focused offerings to better compete in the luxury sports car segment, and the 2018 LC 500 is another step in the right direction.

Top rated dealers near you with 2018 Lexus LC for Sale