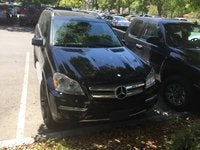 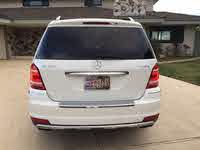 Instant Market Value Of A Car

I listed my car to sell on "CarGurus". A couple of the buyers asked if the price listed is the instant market value of the car.

A little story. I was driving on a highway when the battery lamp started flickering. I managed to get all 10 kilometres to home but the systems started to fail on the way. The engine lost power and ...

I found water leaked inside of my 2014 Mercedes GL , most of the water was in the trunk and the second row Does any one have any idea where could have the water leaked from ? it was raining hard an...

We recently purchased a used 2008 GL320 and occasionally the front driver side will sag and become a bumpy ride. You can sometimes see it when we park that the wheel sits more in the wheel. It se...

How To Deter Forced Entry

Hi I have a 2011 Mercedes GL 350 and even though I lock the door every night the rear hatch is wide open the next day! I'm assuming someone programmed a fob to open the hatch since there was no for...

The newest and largest SUV from Mercedes-Benz, the GL-Class made its debut in 2006, receiving overall positive reviews from drivers and critics. Originally, the automaker's plan was that the full-size GL would replace the G-Class in the Mercedes-Benz lineup. At the time, the boxy, military-oriented G-Class had just celebrated its 25th anniversary and was showing signs of its age. In fact, the GL's name was intended to be a tribute to the legendary G-Class, continuing the tradition of a capable SUV, but offering drivers a more luxurious and contemporary package.

However, due to public demand as well as a number of still-existing long-term military contracts, Mercedes-Benz reversed its decision and decided to continue to produce the G-Class through at least the end of the decade and possibly beyond. It also decided to retain the GL nomenclature for its new full-size SUV, resulting in potential confusion in the minds of some drivers.

One look at the two SUVs, though, and that confusion should disappear. While the G-Class still displays its squarish, functional, military-like exterior design, which dates back to the 1970s, the new GL-Class exudes a much more fluid, aerodynamic, and contemporary exterior appearance, with a hunky front end and a swept-back roofline. Still, some drivers think the GL looks too squarish, although it's not nearly as pronounced as on the G-Class.

The GL-Class comes with the most extensive list of standard features of any Mercedes SUV, offering an upscale alternative to buyers who consider the M-Class SUV to be too small or under-equipped, and the R-Class crossover SUV to be too sedan- or wagon-like. Drivers can choose from three engines, including a fuel-efficient 215-horsepower diesel engine (the GL 320 CDI), a 335-horsepower V8 (the GL 450), or a 382-horsepower V8 (the GL 550, which joined the lineup in 2008 as a replacement for the GL500).

All three trims come standard with 4MATIC all-wheel-drive, as well as such features as four-wheel electronic traction control, an Electronic Stability Program, a seven-speed automatic transmission, antilock brakes, and four-wheel air suspension, which automatically adjusts depending on passenger and cargo weight. Other features include Downhill Speed Regulation, which manages the throttle and brakes to ensure safe driving on steep slopes, and Hill Assist, which prevents rollback when the driver switches between the brake and gas pedals on steep uphill or downhill grades.