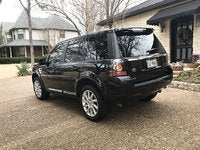 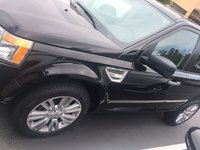 How Can I Post An Ad For My Car? I Am A Private Seller

I have 2014 model Land Rover LR2. It was running normal. Last it so happened that I unlocked my car through key fob, then unlocked the rear door from inside manually. And when I tried to start it g...

I have a 2010 LR2 HSE with 35k miles that I have on-going issues with a flat/dead battery. If I leave the vehicle for a few days and dont drive it, the battery is completely dead - doesn't even turn...

my land rover LR2 2008 model showing message on screen (STEERING COLUMN LOCKED), actually steering not locked but car is not starting at all, it is push button to start, checked battery, fuses,star...

Introduced to the U.S. in April 2007 as a 2008 model, the LR2 is a compact SUV from British automaker Land Rover. It replaces the Freelander in the Land Rover lineup, and is smaller than the Range Rover and LR3, with a 104.7-inch wheelbase. As far as off-road stats are concerned, the LR2 has a ground clearance of 8.3 inches and can navigate safely through nearly 20 inches of water.

The LR2 is more powerful than the Freelander it replaced, with a new 3.2-liter, 24-valve, all-aluminum six-cylinder engine that produces 230 horsepower. The engine, which was developed by Volvo, is mounted horizontally in the engine bay. It is linked to a six-speed automatic transmission with normal, sport, and manual-shift modes, and powers a full-time four-wheel-drive system.

The LR2 is well-equipped with a number of cutting-edge features, including Electronic Traction Control, Roll Stability Control, Hill Descent Control, Corner Brake Control, and Dynamic Stability Control, which adjusts power and braking in an emergency situation to control skidding.

One of its best features, however, is the Terrain Control system, which enables the driver to adjust the LR2's engine, transmission, brakes, traction control, and stability control system for optimal driving in various conditions. By turning a knob located on a panel on the console, the driver can select from four modes, including normal, gravel, snow, and sand.

Drivers of other Land Rovers will find the LR2's cabin familiar, spacious, and well-equipped with such standard features as leather-trimmed seats, a dual-panel sunroof, cruise control, power-adjustable front seats, dual-zone automatic climate control, and a nine-speaker AM/FM audio system with an in-dash six-disc CD changer and an MP3 input jack.