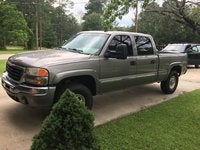 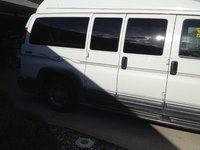 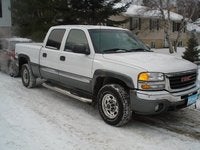 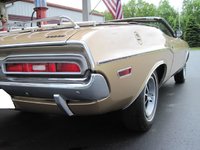 What Could Be Keeping My Compressor From Staying Engaged?

My AC has gone out and I tried adding refrigerant but the compressor will not fully engage.

How Do You Remove The Seats?

One heater hose hot, one not

1995 1500 sierra gmcAfter changing spark plugs and cap, electricity is not coming out and truck do not turn over.

As a cousin to the Chevy Silverado, the GMC Sierra 1500HD adds a touch of upscale family comfort to its rugged and powerful towing capabilities. The Heavy Duty moniker is well-earned, as this half-ton pickup can incredibly tow over 10,000 pounds and carry one and a half tons in its 6.5-foot pickup bed.

Introduced in 2001 as part of the heavy-duty alternative to the Sierra light-duty trucks, the emphasis of the 1500HD was on towing and utilitarian function. A powerful 6.0-liter, 300-hp V8 sat under the hood with a 4-speed automatic, and this powertrain has remained unchanged to this day. Available as either an SLE or SLT trim, the Sierra 1500HD was offered with either rear-wheel or all-wheel drive, and despite its workhorse attributes, came standard with full power features, cruise control, leather trim, and a CD player. Not your average work truck. The SLT added leather seats, rear audio and climate control, and a CD changer. In 2003, Quadrasteer was added, which helped improve overall stability and lessen the turning radius.

The GMC Sierra 1500HD has gone through superficial changes, such as gaining larger wheels and the occasional option. It made a brief disappearance in 2004, but was back in 2005, boasting the highest tow rating of any pickup in any class. For the most part, drivers have been impressed with its hauling capability, power, and family-friendliness, though the truck-based platform can be a harsh ride, and fuel economy is not one of its strong points.