Looking for a New Lexus NX in your area?

The Lexus NX is a perennial favorite for buyers, and deservedly so. 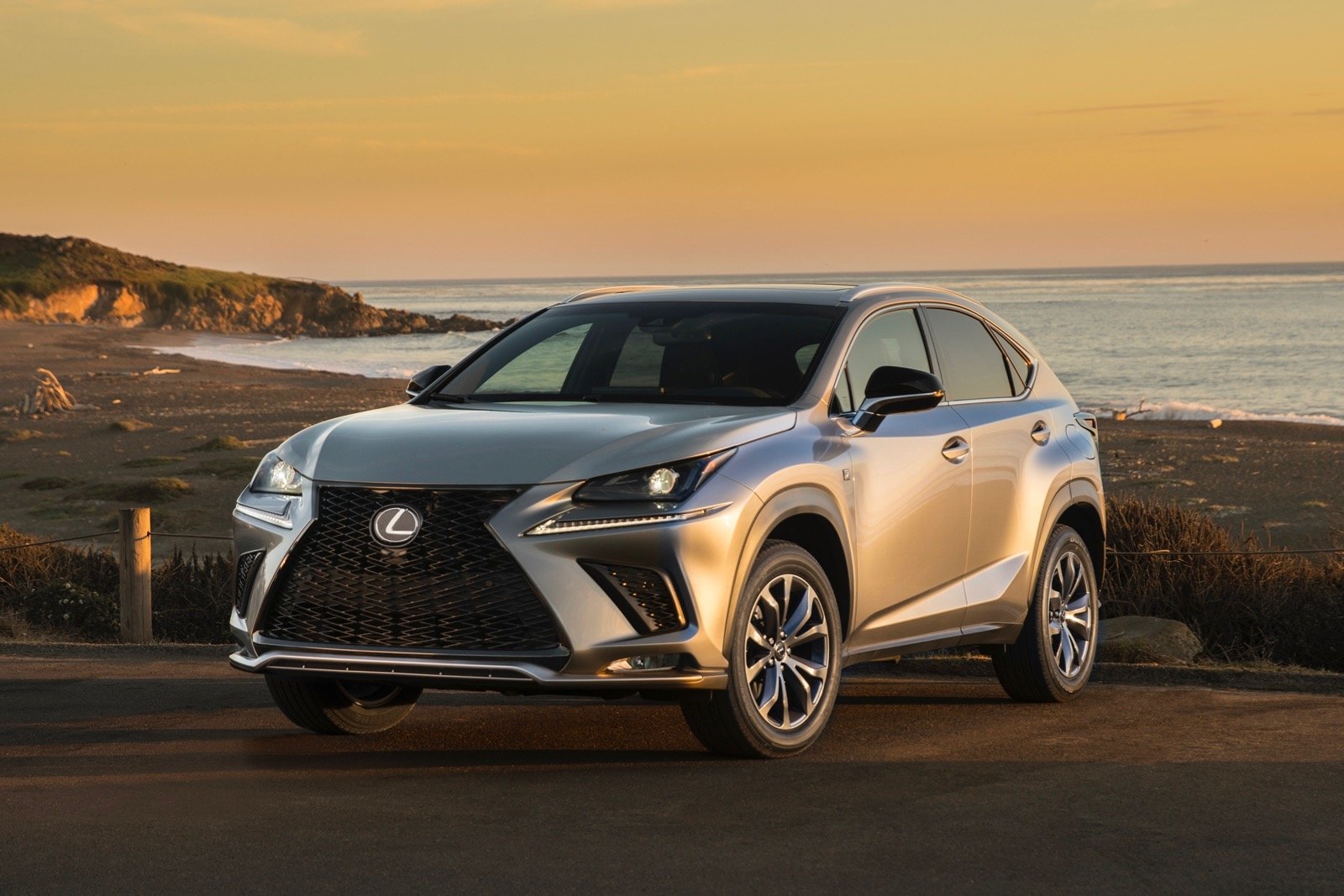 One year ahead of its redesign, the aged 2021 Lexus NX luxury compact SUV retains the features that have made it so popular: good looks, a high-quality interior, and agile driving dynamics. But not all that glitters is gold, as the NX has some definite problem areas. 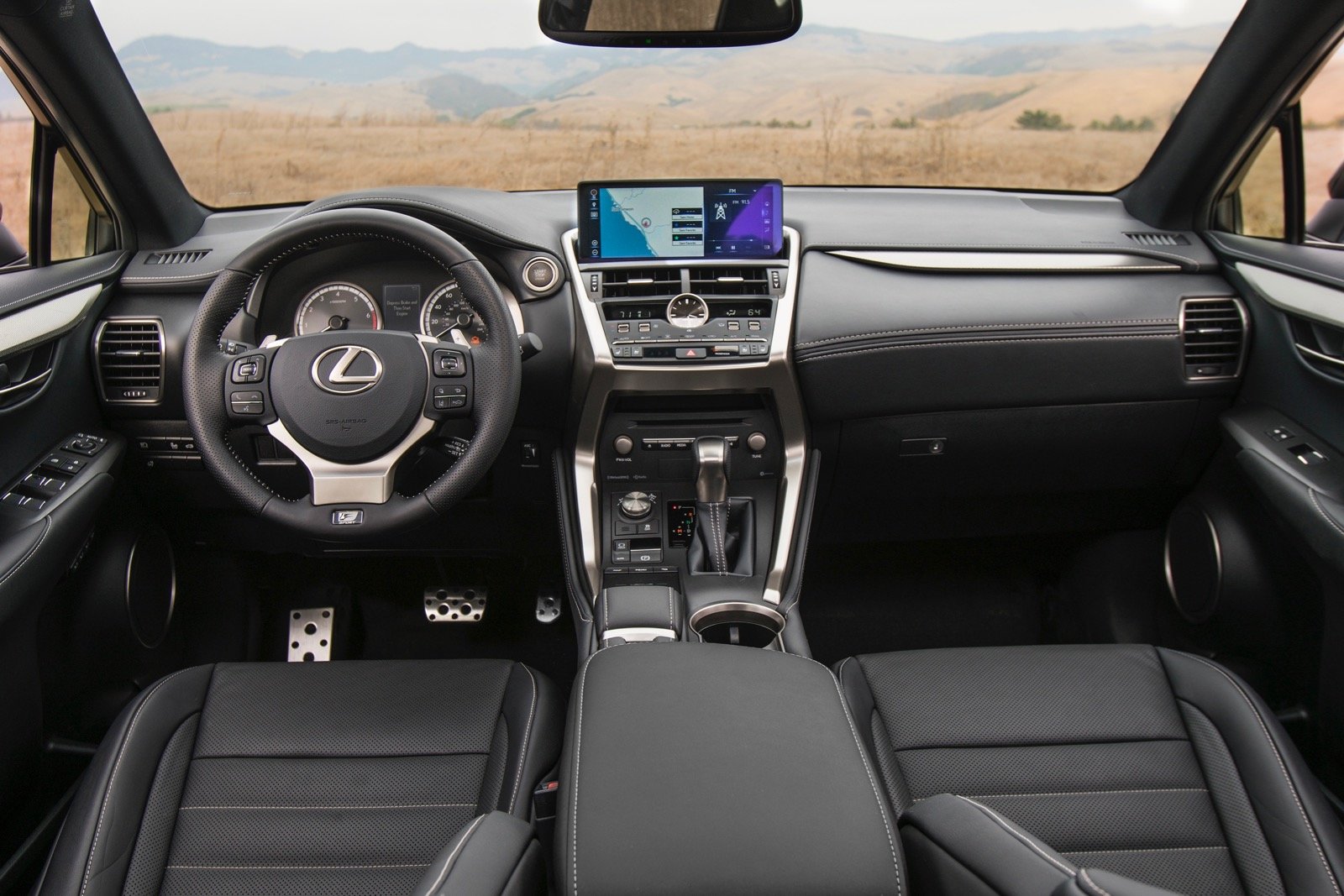 For 2021, Lexus offers three versions of the NX: the NX 300, NX 300 F Sport, and the NX 300h hybrid. This review deals only with the Lexus NX 300 and 300 F Sport gasoline models. We tested the performance-focused F Sport version, but the Lexus NX 300 is also offered in base and Luxury trim levels.

Lexus carries its familial design and styling attributes over to the 2021 NX. Sharp design lines of the SUV’s sculpted exterior help the NX retain a familiar appearance that is distinctly like the smaller Lexus UX and larger Lexus RX. It's about the same dimensions as the Toyota RAV4. Power-folding outside mirrors and 17-inch wheels are standard.

NX F Sport models also get quilted NuLuxe sport seats, which are exclusive to the F Sport model line. Buyers of this grade can opt for the Circuit Red interior color scheme in addition to other more traditional colorways including Black and an Arctic White/Black combination palette. Leather and wood trim is available.

Material fit and finish on the interior of the NX are excellent, exactly what you’d expect from Lexus. In front of the driver is a gauge cluster that will be familiar to anyone who has driven a new Lexus in the last decade. It features a sculpted metal-faced four-dial setup with 3D speedometer and tachometer displays. There’s also a 4.2-inch multi-information display. Though functional and attractive, the design looks like a relic compared to the all-digital displays in the 2022 Hyundai Tucson and 2021 Nissan Rogue, for instance.

F Sport models also get a G-Force meter that is based on the technology in the Lexus LFA supercar from a decade ago. Display bars on the screen housed within the car’s gauge cluster show the NX’s steering angle, throttle opening angle, and brake pressure. Though it’s always nice to have additional technology that gives insight as to how the car is performing, the G-Force meter is little more than a gimmick for this traditional suburbanite vehicle.

The center stack also shows its age. In addition to having the now-extremely-rare CD player, it features climate-control buttons that are elevated on a plinth-like surface that sits above the height of the center of the steering wheel and tilts toward the ceiling. It’s an odd look, especially with switchgear from past Lexus models prominently featured, but it’s all completely functional. However, due to the position of the center stack, in combination with the area where the shifter, infotainment touchpad, and drive mode selector are situated, there’s no room for open small-item storage between the driver and passenger, unless you utilize the cup holders. 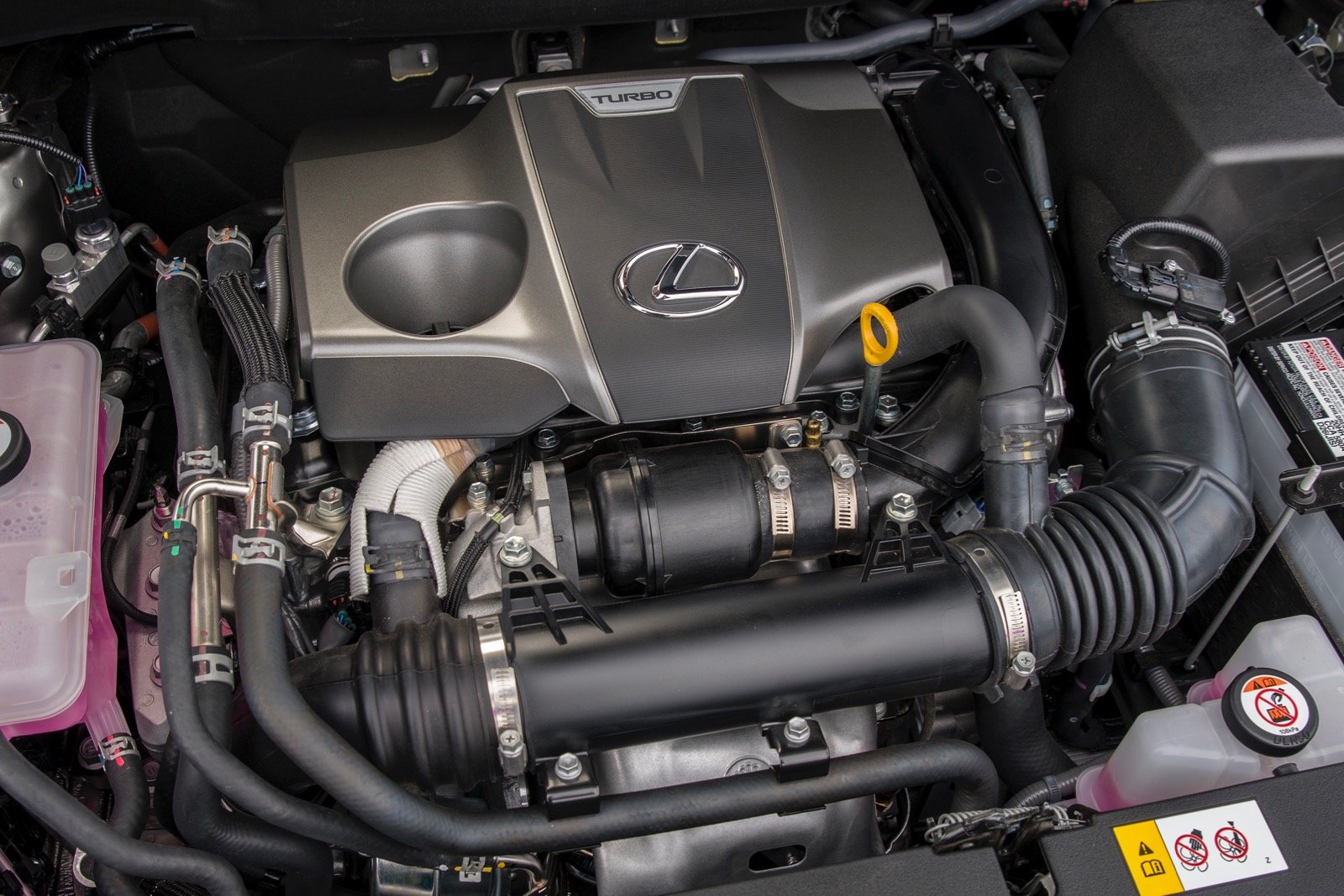 The Lexus NX is not designed to be sporty, but it is capable. The NX 300 and 300 F Sport are powered by a turbocharged 2.0-liter four-cylinder engine that delivers 235 horsepower and 258 pound-feet of torque. The luxury SUV’s standard six-speed automatic transmission is fine, but there’s a reason why automakers are moving up to eight-, nine-, and 10-speed transmissions. Those deliver a smoother transition when shifting.

The turbo engine moves the NX from zero to 60 mph in around seven seconds, which is on par for the segment. Under hard acceleration, the powertrain can get noisy, but for the most part, the NX delivers a relatively quiet ride. 2021 NX F Sport models come with Active Sound Control, designed to enhance the luxury crossover’s engine note electronically through the car’s speakers. Purists will say that this faux engine noise is silly and they’d be right.

Front-wheel drive (FWD) is standard, but all-wheel drive (AWD) is available on every trim level. Unlike some systems that allow a percentage of torque to be distributed to a specific wheel, the NX’s AWD system allows up to 50 percent of the car’s available torque to be transferred to the rear axle, but with no individual-wheel torque vectoring.

All varieties of the Lexus NX 300 get pretty much the same fuel economy. The FWD model gets an EPA-estimated 22 mpg in the city, 28 mpg on the highway, and 25 mpg combined. Opting for AWD gets the same city/highway driving numbers but bumps combined down to 24 mpg. The NX F Sport AWD has the same combined driving fuel efficiency, getting 24 mpg.

These numbers are okay, but not among the best. If you like the Lexus NX but want a more fuel-efficient model, try out the Lexus NX 300h hybrid. Also, keep in mind that Lexus recommends fueling the NX 300 with 91-octane or higher unleaded gas.

An available adaptive-suspension system can make up to 650 instantaneous compression and damping adjustments and is based on the system used in the LC 500 sport coupe, according to Lexus.

As tested in its F Sport variant, the NX leans heavily on long-established Lexus driving norms to deliver a smooth, comfortable, and relatively engaging driving experience. Though agile, the crossover’s steering is pretty numb, delivering little feedback to the driver. Still, the car remains easy to maneuver. 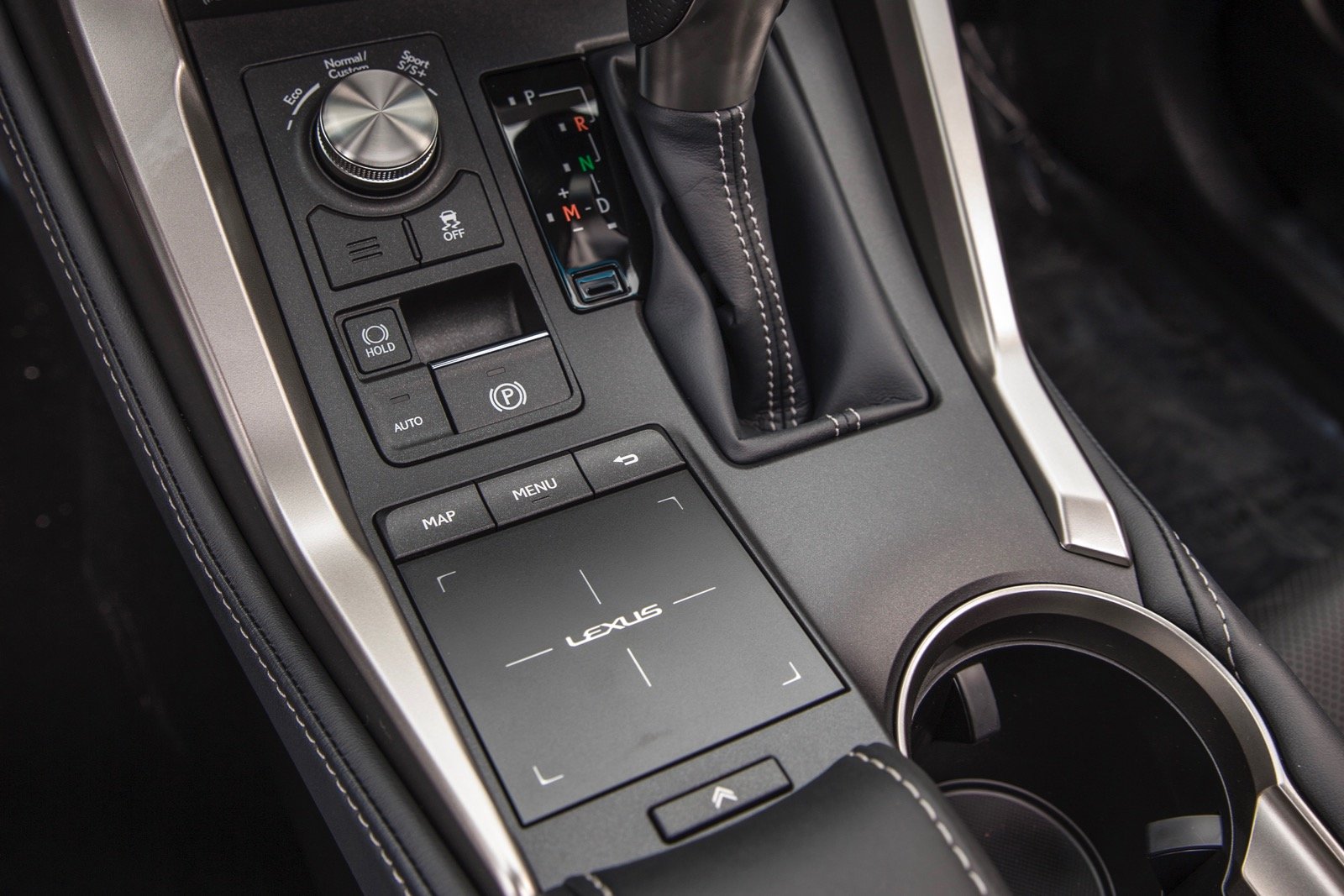 The upscale interior of the Lexus NX isn’t just styled well (if you turn your eyes away from the center stack). It’s also quite comfortable. The front seats provide plenty of room for adults and the second-row seats easily fit two adults with good enough legroom for little complaint during an extended stay. Heated and ventilated seats are available. The NX offers a 60/40 split-folding rear seat.

Though engine noise, genuine and simulated, may pass into the cabin, road and wind noise does not. In this way, the NX is a typical Lexus.

The NX isn’t big on cargo space, an attribute that can be closely linked to the car’s body design. Behind the second-row seats, there are 17.7 cubic feet of space. Folding the seats down and there are 54.6 cubic feet of cargo room. Those numbers make the NX’s storage capacity one of the smallest in its class. Lexus offers the SUV with a power liftgate with kick sensor technology as a standalone option and power-folding rear seats are available. 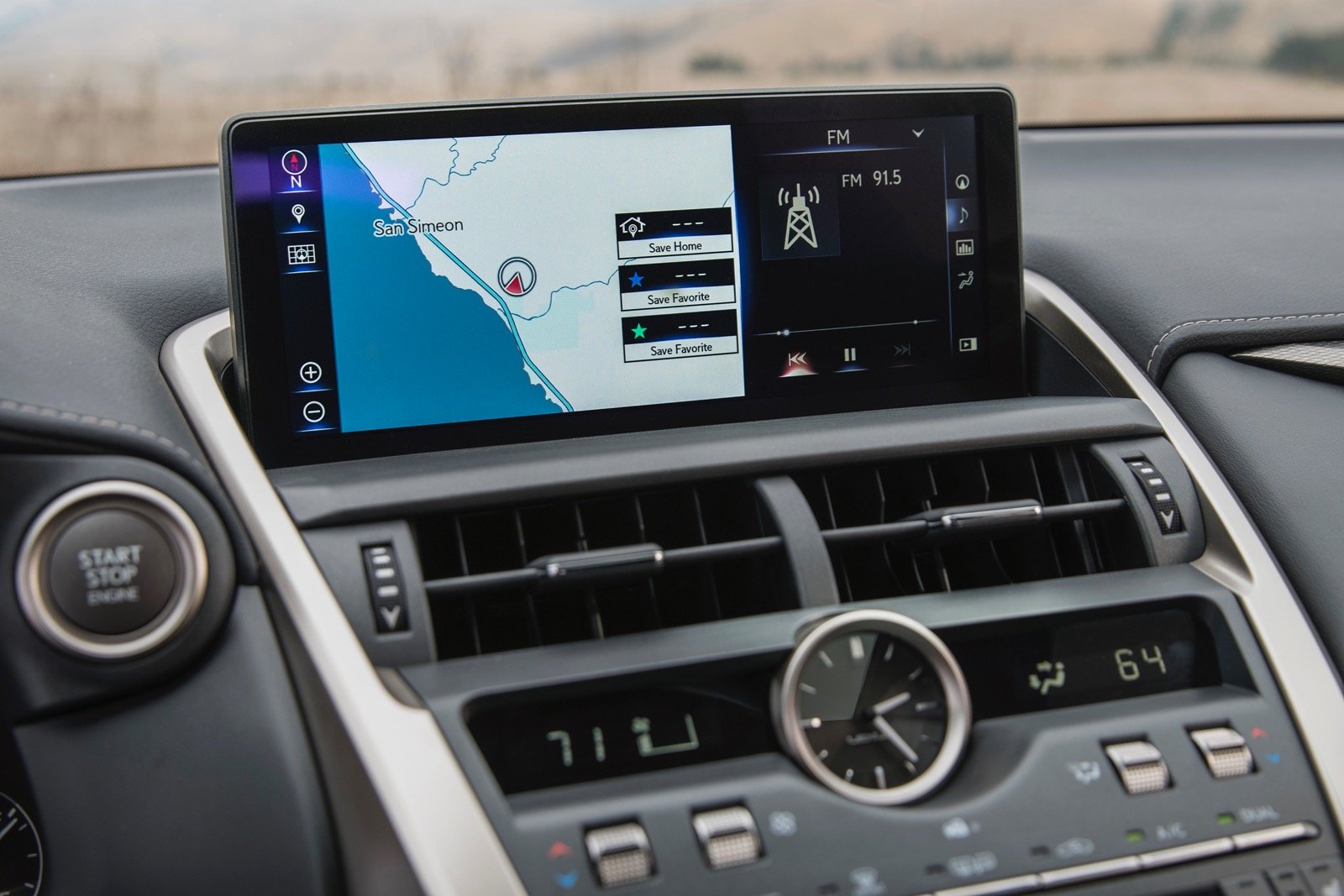 At the center of the dashboard, raised high above the center stack and far away from the driver is the car’s infotainment screen. An 8-inch touchscreen is standard and a 10.3-inch is available as part of the Navigation package, which also includes predictive traffic information, including detour preview, ETA calculation, and fuel station guidance.

New for 2021, the car’s infotainment system adds HomeLink to its Navigation package. Adding the Navigation package enables Lexus Enform Destination Assist, an in-car personal concierge that listens for verbal commands given by the driver then performs them in a similar fashion to how Google Assistant, Siri, and Amazon Alexa work.

Apple CarPlay and Android Auto are standard, the latter with integrated Google Assistant. One of the best things you can do if you’re the owner of a Lexus NX is run Apple CarPlay or Android Auto instead of the Lexus infotainment system. That automaker system is one of the least user-friendly available today, burying functions that should be easily accessible deep into its menus and relying on the touchpad.

The car is compatible with the Lexus Enform Remote mobile app. A free three-year trial subscription is included upon purchase. The app allows the user to lock/unlock doors of the NX, stop and start the SUV’s engine, and adjust the climate control remotely. It also has vehicle-finder and guest driver-monitoring functions, among others.

With Lexus Enform Services Connect, the NX can send alerts to the user regarding factory-recommended maintenance while also alerting the owner’s preferred Lexus retailer of the same. A 10-year subscription to the service is included with purchase. 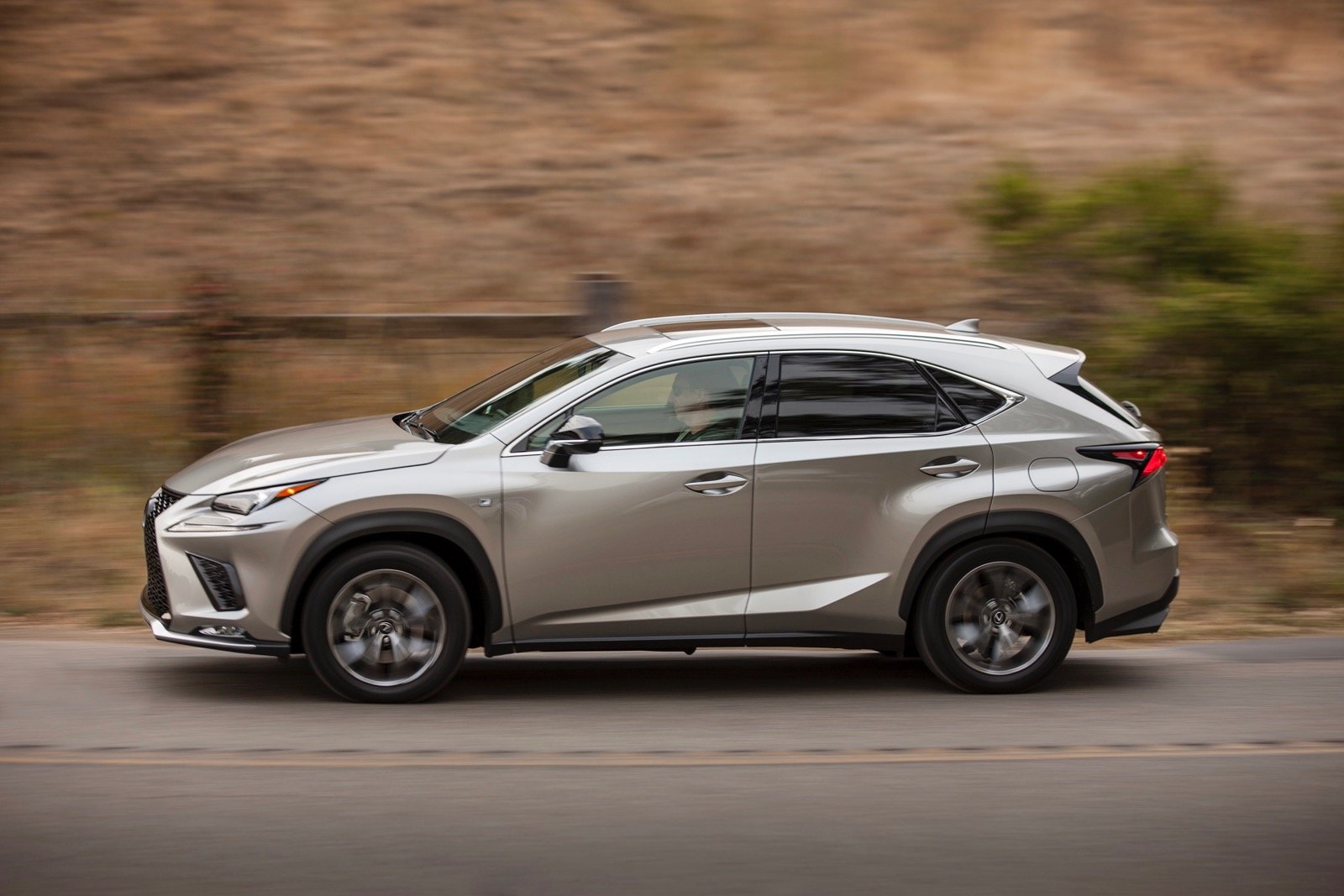 The Insurance Institute for Highway Safety (IIHS) gave the Lexus NX top "Good" scores in all crash tests. Its front crash-prevention technology was rated "Superior" and the LATCH system's ease of use got an "Acceptable" score.

The National Highway Traffic Safety Administration (NHTSA) gave the SUV a five-star overall safety rating. The NX has not been the subject of any recalls as of the day of this review’s writing. 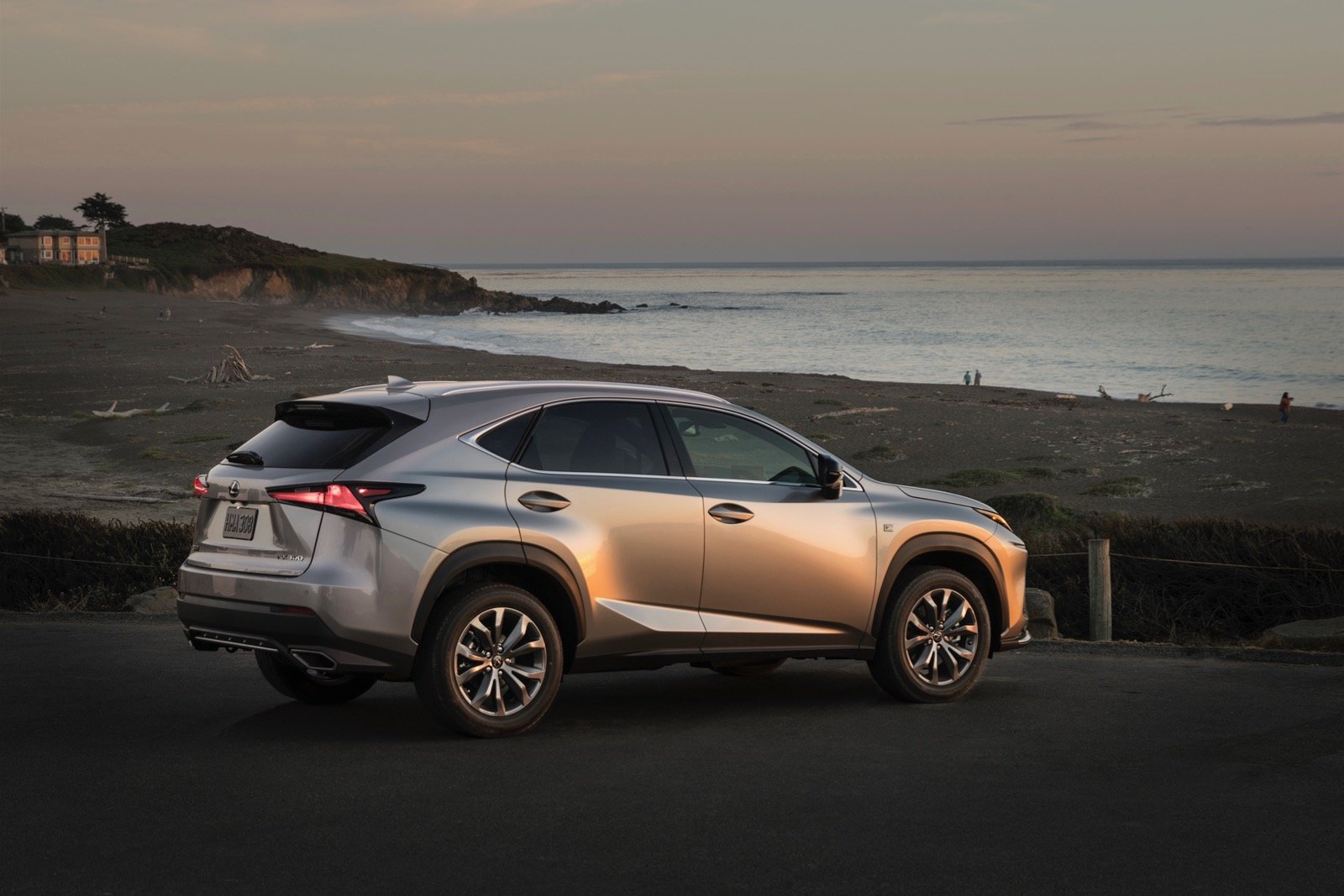 Almost everything about the Lexus NX says that it’s a traditional Lexus. Fit and finish are good, the cabin is filled with high-quality materials, and the infotainment system is in desperate need of a complete overhaul. That being said, the NX is still a good car and slides easily into a premium SUV spot where there’s not much straightforward competition, going up against the Acura RDX, Buick Envision, Lincoln Nautilus, Volvo XC40, and Infiniti QX50 and QX55.

The RDX is the far superior vehicle option among the three but the NX gives the QX50 and QX55 a run for their money when it comes to performance despite those models being far newer to market. The Envision, with its quirky infotainment screen positioning and higher price tag, isn’t as compelling as the NX though it too has been freshly redesigned. The Nautilus is a worthy rival and its interior overhaul for the new model year is top-notch. The XC40 is also very competitive but its reliability isn't as historically good as the Lexus model's.

Compared to German new-car rivals like Audi, BMW, and Mercedes, the Lexus NX doesn’t have the infotainment or safety technology to keep up. Its driving dynamics—even in the F Sport trim level—are more in line with a comfortable cruiser than a track day warrior.

Enter your zip to see incentives for a new NX in your area.

Have NO navigation system. How to change time to DST. Also can I get the car to change times while traveling different time zones????