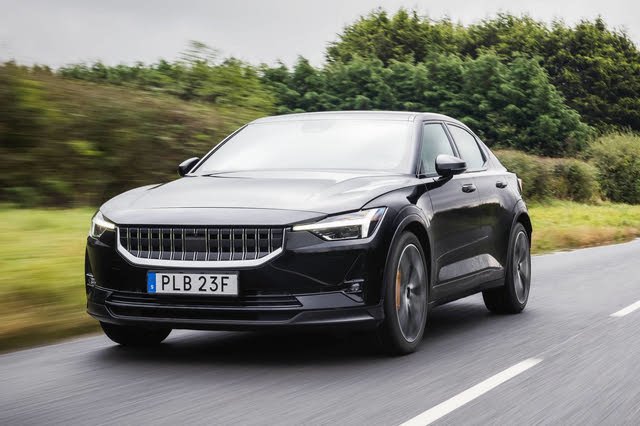 CarGurus has 39 nationwide 2 listings and the tools to find you a great deal.

The new Polestar is a performance automaker spun off from Volvo. Its second car, called simply the 2, arrives for 2020. While the 1 is a low-volume hybrid grand touring coupe, the 2 is a fully electric fastback sedan meant to sell in higher volumes.

The 2 wears its simplified, squared-off styling across compact dimensions, so it’s around the same size as its nearest competitor, the Tesla Model 3. The car’s interior is equally minimalist: A giant 11.15-inch touchscreen makes up the center stack, while all the other controls are arranged in a few neat clusters. It doesn’t give up any seating to a traditional gasoline-powered car, either, as the 2 can carry 5 occupants.

Power for the 2 comes from a pair of potent electric motors, one at the front axle and one at the rear. This puts standard all-wheel drive (AWD), along with 408 horsepower and 487 pound-feet of torque, at your disposal. The 2 hits 60 miles per hour in 4.7 seconds. A 78-kilowatt-hour battery module provides 275 miles of range.

Beyond that, Polestar packs its 2 full of cutting-edge technology, starting with the infotainment system. It’s powered by Google Android and gives you the full benefit of Google Assistant, Google Maps, and Google Play Store. Natural speech recognition and a digital smartphone-based key are further options.

The 2 comes standard with what Polestar calls its Pilot safety package. That gives you adaptive cruise control, blind-spot monitoring, rear cross-traffic monitoring, collision avoidance, automatic emergency braking, traffic-sign recognition, a driver alert, front and rear parking sensors, a 360-degree camera, and an autonomous driving mode. Because it’s so new, the 2 has not yet been crash-tested by any major agency.

The Polestar 2 is an exciting performance electric car from the same folks who brought you Volvo’s latest lineup.

CarGurus has 39 nationwide 2 listings and the tools to find you a great deal.