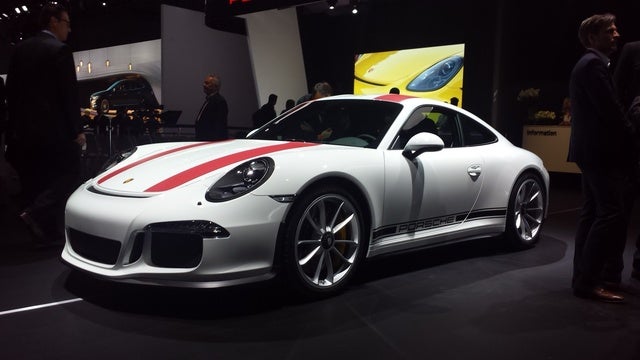 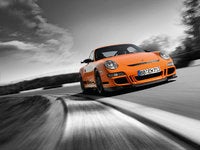 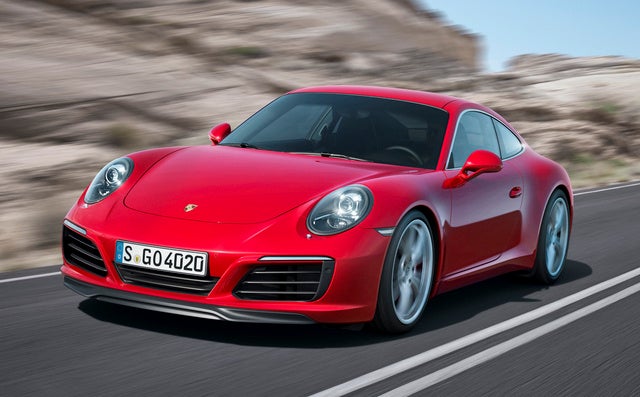 The Porsche 911 has had a run of over five decades and seven generations, and for 2017, the perennial German sports car gets a significant mid-cycle refresh, with new engines, a new infotainment system, new safety features, and new taillights. Still designated as the "991," the new model doesn’t look radically different from its predecessor, but there are significant (and symbolic) changes, both in the rear of the car and under that sloping engine cover.

The biggest news about the latest 911s has been in the engine department. The car still gets a flat-6, but the engines are now turbocharged across the entire 911 range, causing a stir similar to what Porsche caused in the late 1990s when it abandoned air-cooling for water-cooling in the 911. The normally turbocharged 911 Turbo has been around for 40 years, but now even the base trims get forced induction: the Carrera and Carrera S used to have 3.4-liter and 3.8-liter naturally aspirated motors, respectively; now they both get a twin-turbo 3.0-liter unit and a drop in compression. This means a 20-hp gain over their predecessors, for 370 hp and 331 lb-ft of torque in the Carrera and 420 hp and 368 lb-ft of torque in the Carrera S. The turbochargers and associated plumbing did add almost 80 pounds of weight to the vehicle, but Porsche engineering, with its characteristic inventiveness, was able to reclaim 33 of those pounds. The 911 will also now have more usable power throughout the rev range, reaching peak torque at just 1,700 rpm.

Equipped with Porsche’s brilliant 7-speed PDK transmission, the Carrera will do 0-60 mph in 4 seconds flat, the Carrera S in 3.7 seconds, and top speed for the two cars will be 183 mph and 191 mph, respectively. One new feature is Porsche’s Sport Response button, a rotating dial that can select Normal, Sport, and Sport Plus driving modes, as well as an individual setting that can be driver-programmed like with BMW’s “M” button. You can still get these lower-end 911s with a good-old-fashioned manual gearbox, fortunately, but even at Porsche the manual’s days may be numbered, as the 520-hp 911 Turbo, 560-hp Turbo S and the 911 GT3 are now only available with the PDK transmission. The new 911 will also have improved fuel economy, partly thanks to an engine stop-start function. Although the previous normally aspirated 911 achieved a respectable 23 mpg combined with the PDK transmission, the new car could get up to 25. It’s not a drastic improvement, but it’s something.

Changes in the handling department for the 2017 911 include 0.4 fewer inches in height, 0.5 inches in added rear wheel width, and newly designed shocks. The new car is also available with a nose lift that boosts front ground clearance by 1.6 inches for speed bumps or steep inclines, and the Carrera S is now available with the rear-axle steering system that had previously only been available on the higher-end 911 Turbo and GT3.

Anyone familiar with the 911 interior won’t be surprised by the 2017 model. Changes to this car have always been both minimal and gradual, and it’s the same story this time around, with updates in technology coming before updates in design. The front seats are still sizable and supportive, and while there's technically a 2+2 seating configuration, the rear seats are still comically small and more suited for cargo storage than human passengers. The infotainment system now features a 7-inch touchscreen display that is compatible with Apple CarPlay and has both Google Earth and Street View mapping. This new Porsche Communication Management (PCM) system also recognizes handwritten inputs and multi-touch gestures on the display screen.

Blind-spot monitoring, pre-collision braking, and a new Lane Change Assistant that monitors traffic are featured safety equipment for the 2017 911. The car will start at about $90,000 (for a base Carrera), but the options list on Porsche vehicles can get very expensive very fast, especially when going for things like a customized cockpit via Porsche Exclusive. From now on, though, even people who only spring for a base Carrera can technically boast that their 911 is a turbo.

Bob Porsche never talks of annual service. The closest I've ever come to an answer is $2,000 annual service. For what, filters and oil @ 10K miles or 20K miles? Does this include wash & wax?

Users ranked 2017 Porsche 911 against other cars which they drove/owned. Each ranking was based on 9 categories. Here is the summary of top rankings.

Does CarGuros Offer To Purchase Cars?

Does CarGuros make offers to purchase cars that are listed? If so, I am interested in receiving an offer on my 2017 911S that I have listed on the CarGurus site. Please advise?

Hello, I see a car I like but since the seller isn't advertising the price, you're unable to do an analysis. Would you be able to tell me if what being offered is a good price. I spoke with the ...

How Can I Have The CPO Banner Placed On My Car Sale.

How can I have the CPO banner placed on my car as my car is under CPO warranty.

Hi - looking at CPO 2017 911s and debating between a 4S and a Targa. I love the look of the Targa, but I am concerned about the potential wear on the Targa top after reading reports of squeaks, crea...

139 views with 2 answers (last answer about a year ago)