Amidst the crossover craze, the Golf SportWagen is poised to deliver just as much capability and a surprising amount of car for the price. 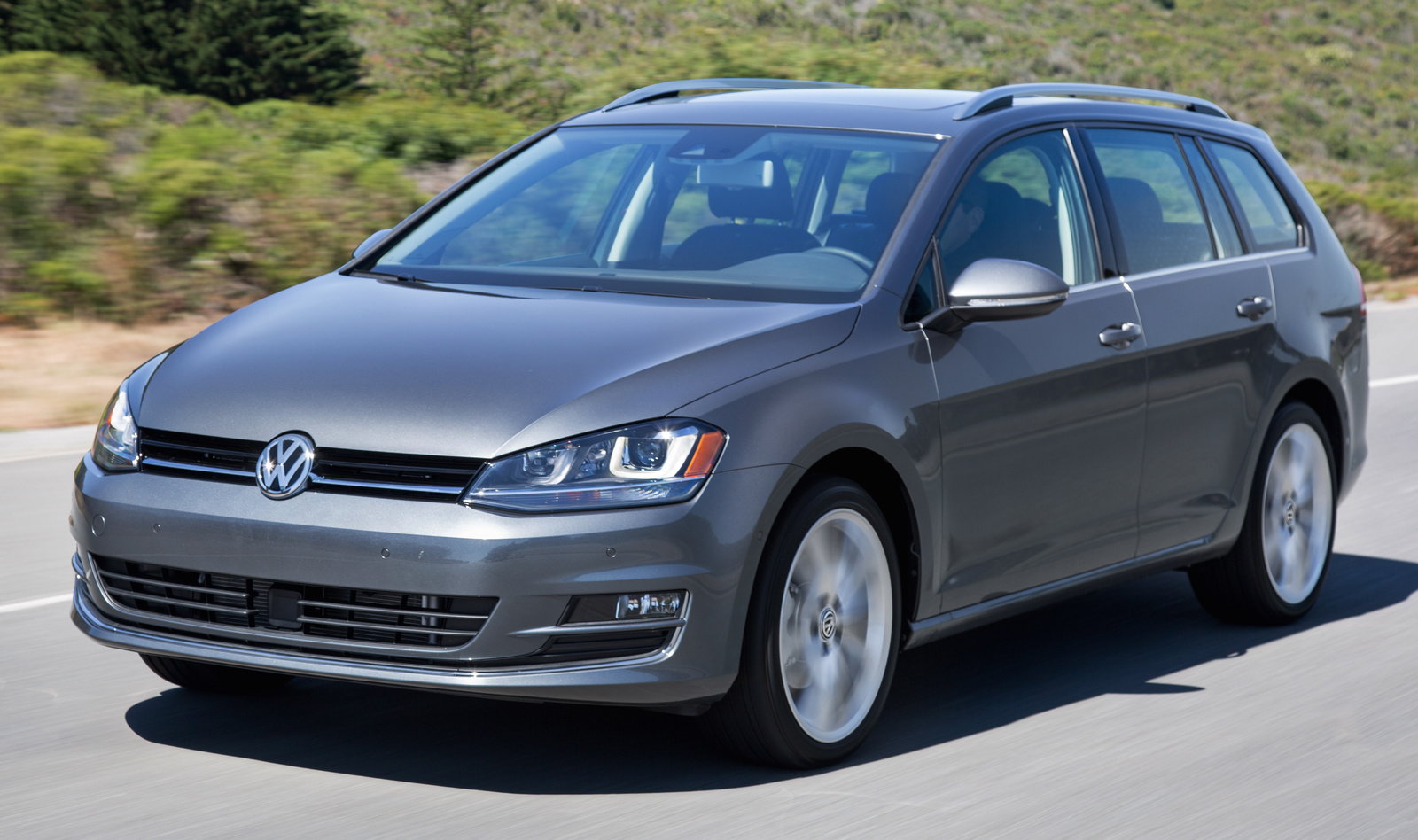 What ever happened to station wagons? What once seemed like the ultimate blend of form and function in the 1960s has evolved into a completely niche vehicle segment. As history goes, wagons gave way to minivans in the 1980s, minivans to SUVs in the 1990s, and SUVs to crossovers in the 2000s. But crossovers are more image than substance. Sure, they ride high off the ground, but they don’t offer the same cargo space and storage solutions as wagons. Amidst this crossover craze, the wagon should be given its due.

If the wagon were to make a comeback, no better blend of practicality, cargo space, and road-going manners exists on the market today than the Volkswagen Golf SportWagen.

The 2016 Golf SportWagen is based on the seventh-generation Golf and is the follow-up to the Jetta SportWagen. The result is a vehicle with impressive storage space and all the fun-to-drive nature of the Golf, along with the latest infotainment and safety technologies. The result is that you get a surprisingly lot of car for the money. 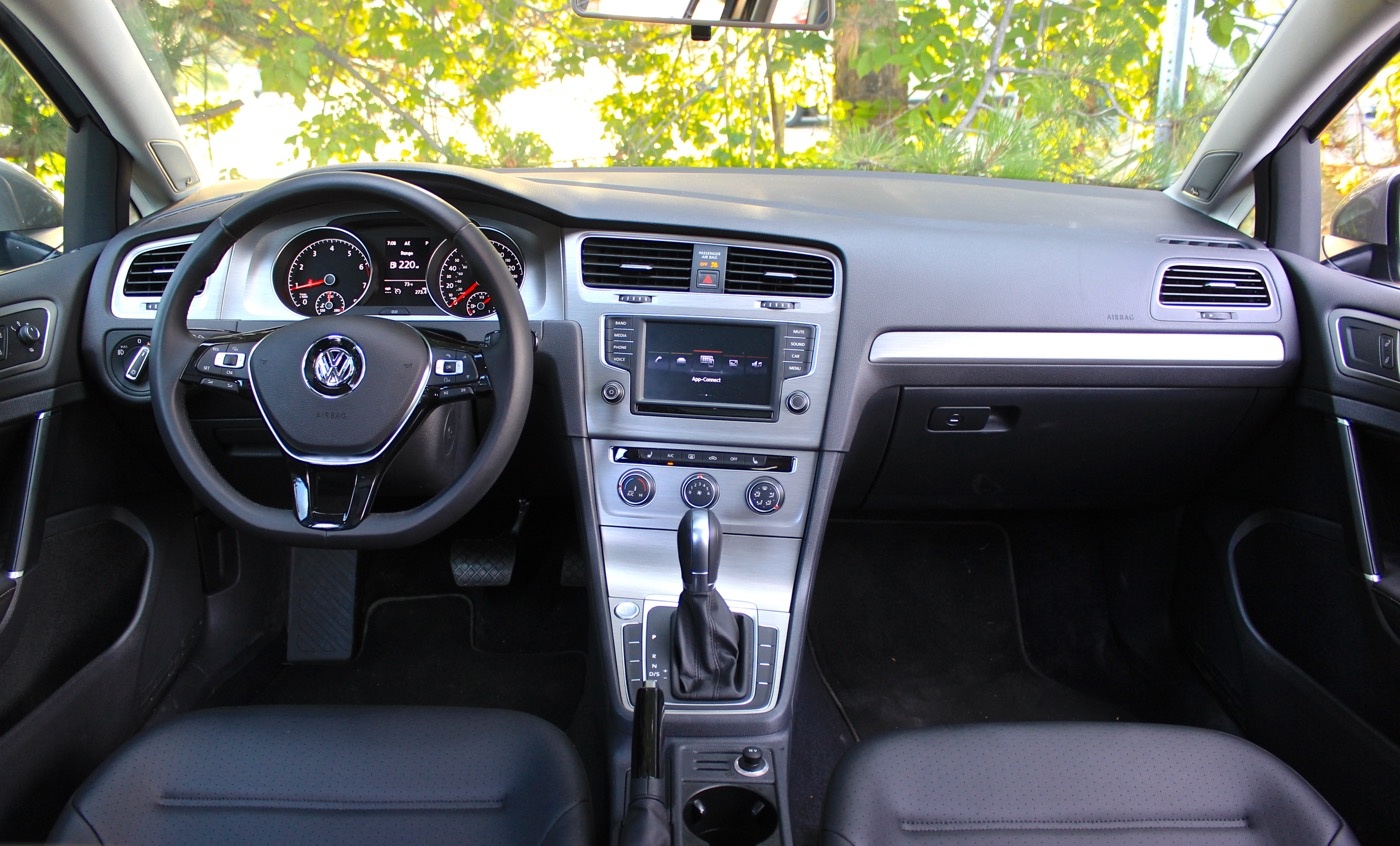 Have you seen a Volkswagen Golf? How about a VW Jetta? If you've seen either, you should be visually acclimated to the Golf SportWagen. The SportWagen has all the clean lines and sharp angles of the Golf with a longer rear section and a third set of side windows. Full-length roof rails and blacked out B- and C-pillars visually break up the length of the SportWagen.

According to VW, the Golf SportWagen is 179.6 inches long and 70.8 inches wide. That’s longer and wider than the old Jetta SportWagen, and it's also lower. This gives the SportWagen a more well-planted stance and improved aerodynamics, which should help fuel economy.

Inside, the name of the game is beauty in simplicity. The cabin is full of straight lines, conventional dials, and simple button layouts. This simplicity results in an upscale look for the cabin. Too often, automakers want to make their cabins look overly busy to make it seem like every option box has been checked. But VW interiors are thankfully simplistic enough that they give off a near-luxury feel.

Trims for the Golf SportWagen are S, Limited Edition, SE, and SEL. The base S trim starts at $21,625 and includes standard features such as 15-inch aluminum-alloy wheels, Apple CarPlay, a backup camera, and a really great multifunction steering wheel. The steering wheel is a leather-wrapped flat-bottom design with plenty of audio, cruise, and trip-computer controls. It's the kind of steering wheel you’d expect to see in a sports car or luxury sedan, which is why it’s so surprising to see it in a conventional station wagon.

The Limited Edition trim comes in at $24,995 and includes keyless entry, push-button start, and V-tex leatherette seating that has all the feel of leather, but should be a bit easier to clean. The SE trim comes in at $27,025 and adds a massive dual-panel sunroof, 17-inch alloy wheels, heated front seats, a Fender premium audio system, and a wall-style 115-volt rear power outlet. 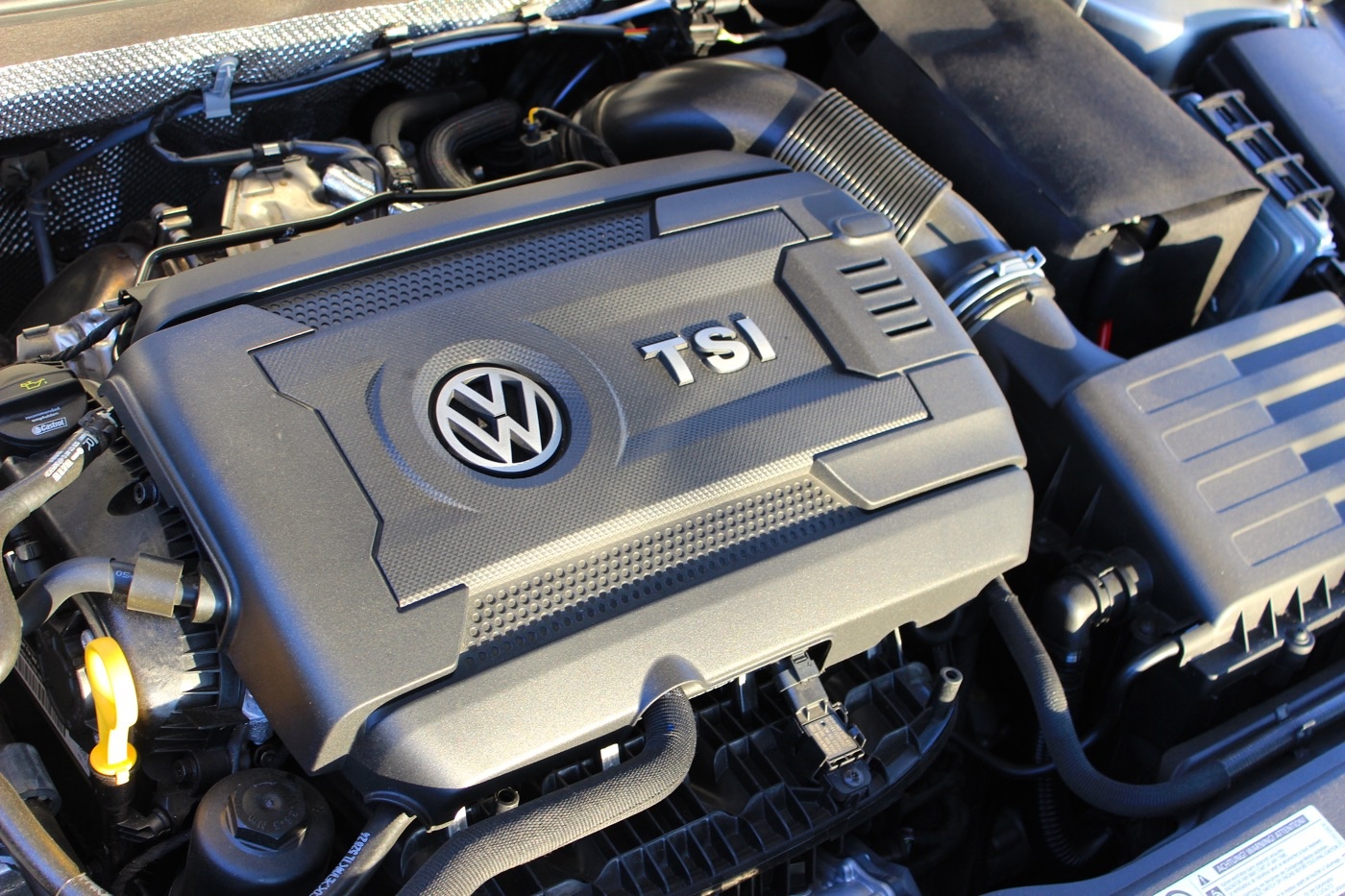 The Golf SportWagen comes equipped with a 1.8-liter turbocharged inline 4-cylinder. It makes 170 horsepower and 199 pound-feet of torque. Power is sent to the front wheels through either a 5-speed manual transmission or a 6-speed automatic with Tiptronic manual shift mode.

Fuel economy for the Golf SportWagen is 25 miles per gallon city/36 highway/29 combined with the manual. Opt for the automatic and fuel economy remains the same for city and combined mileage, but highway falls to 35.

The SportWagen's acceleration is adequate, though far from energetic. Pull back once on the shifter when in Drive to engage Sport mode. This is the only way to get some truly responsive acceleration. Once up to speed, the SportWagen drives like other members of the Golf family, which is to say it's very fun. Even with its longer wheelbase, it's fun around corners and handles very well. 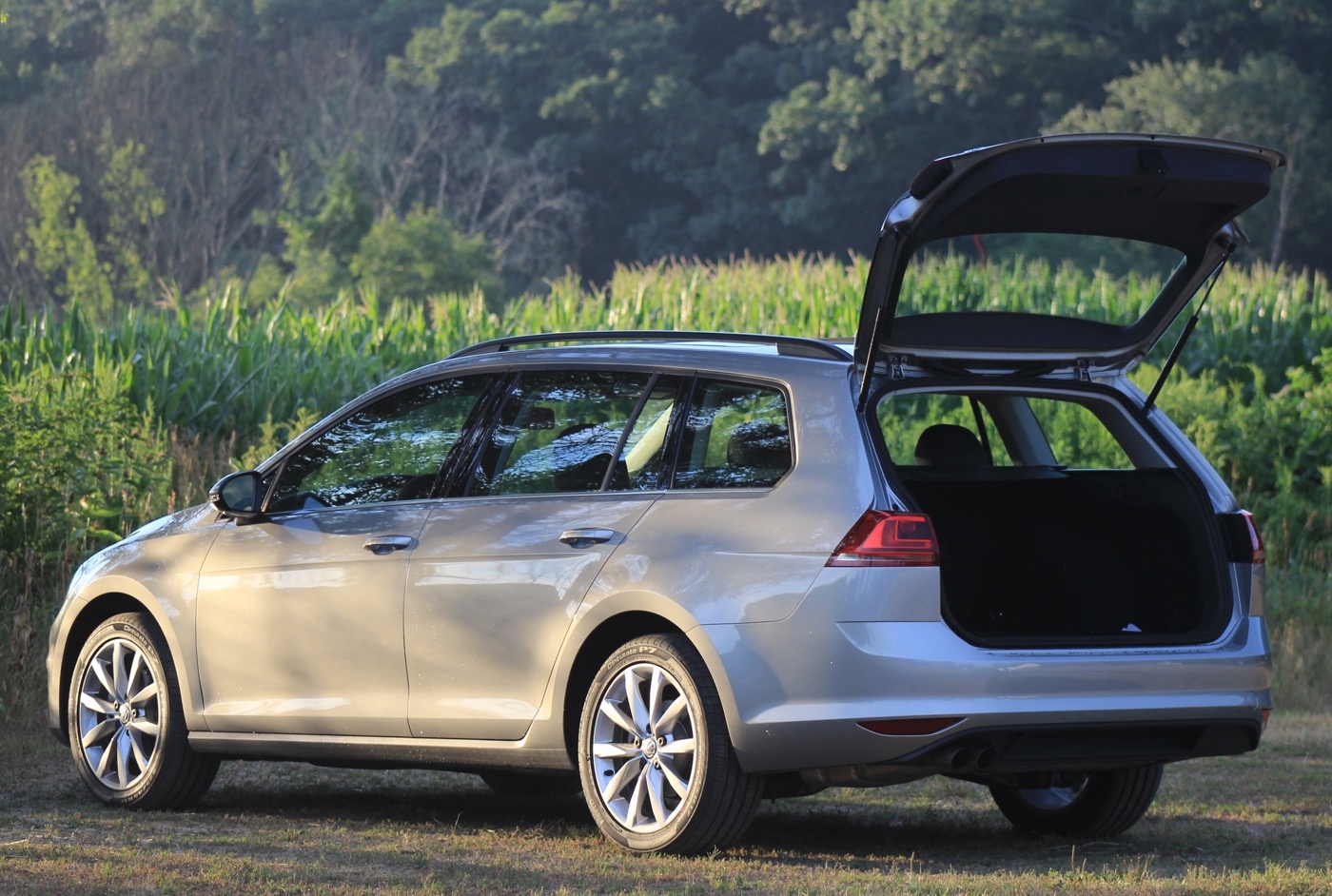 Simplicity yields great functionality with the SportWagen. Up front, that simplicity can be found in the form of straightforward controls. Rather than unnecessarily complicated climate controls, you get three simple dials controlling fan speed, temperature, and fan direction. These are super intuitive and much easier to use when not looking at them than the needlessly complicated controls found in other new vehicles.

Where another automaker might get cute with the rear interior area, Volkswagen simply puts cubbies on either side, framing a straightforward load floor. Cargo space is 30.4 cubic feet, which is more than in the Ford Focus or Kia Soul. The 60-40 split/fold rear bench flips down with a simple pull on a handle located near the rear hatch. With the rear seats down, the SportWagen has an impressive 66.5 cubic feet of space. That’s roughly 14 more cubic feet than the Honda Fit offers.

Below the load floor, there's even space to place some items before you get all the way down to the spare tire. In short, there's a ton of cargo space. 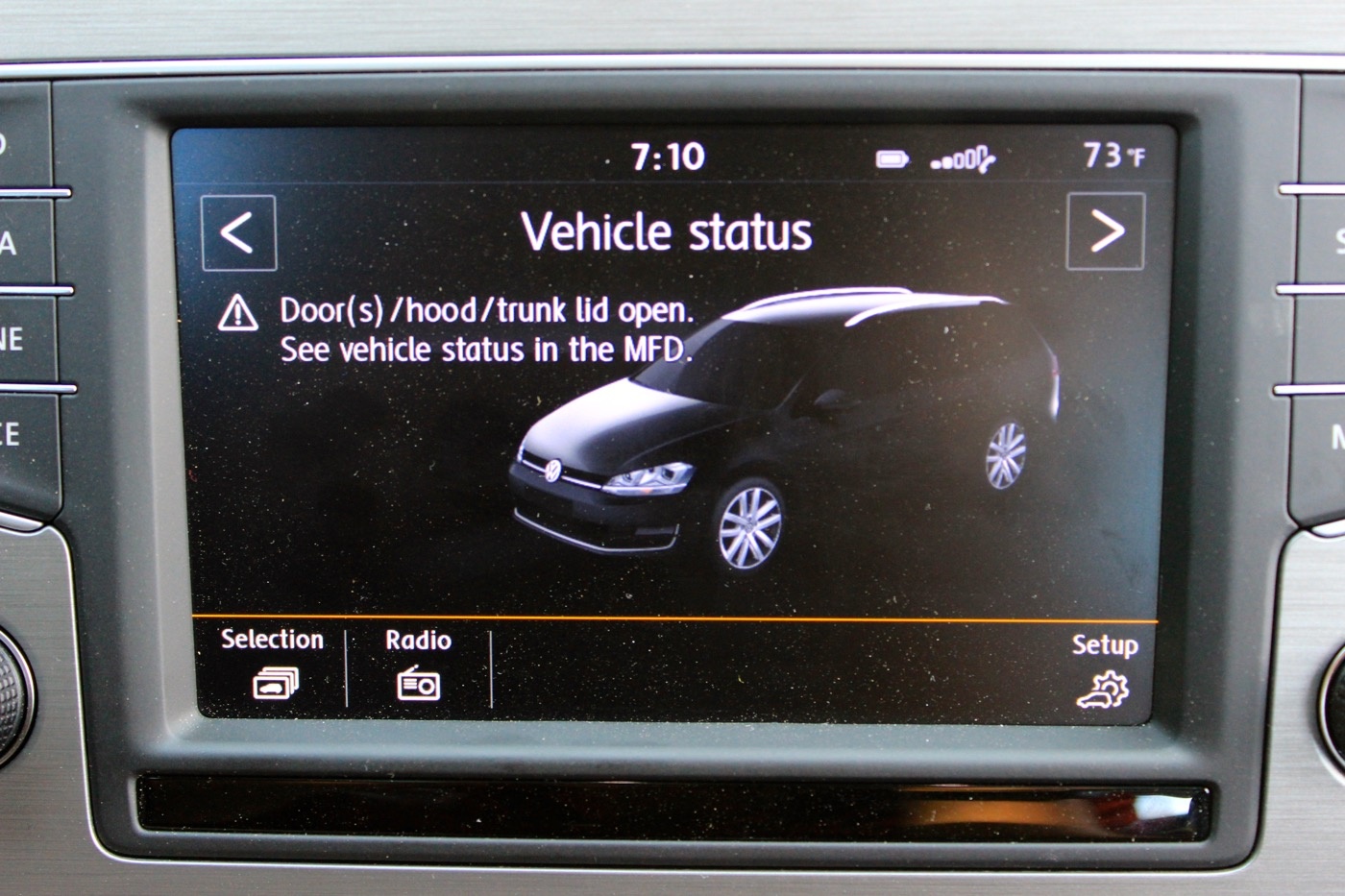 The range-topping SEL trim adds the Discover media unit. This features a navigation system with easy-to-enter voice-control destination entry. Rather than fiddling with multiple menus to enter a destination, you can simply press the voice-control button and say the address in its entirety, and the system will quickly ingest it and make it the new destination.

All versions of the Golf SportWagen have Apple CarPlay, Android Auto, and Mirror-Link systems. This allows for a smartphone to be plugged in via USB to access these respective systems. For CarPlay, this includes Siri EyesFree, allowing you to voice control your iPhone with the voice-activation button on the steering wheel of the Golf SportWagen.

These various systems allow for voice-activated text messaging as well. If a text comes in, CarPlay will read it out for you and ask if you want to compose a reply via voice control. You'll also have access to apps within CarPlay, like Pandora, Spotify, and podcasts. 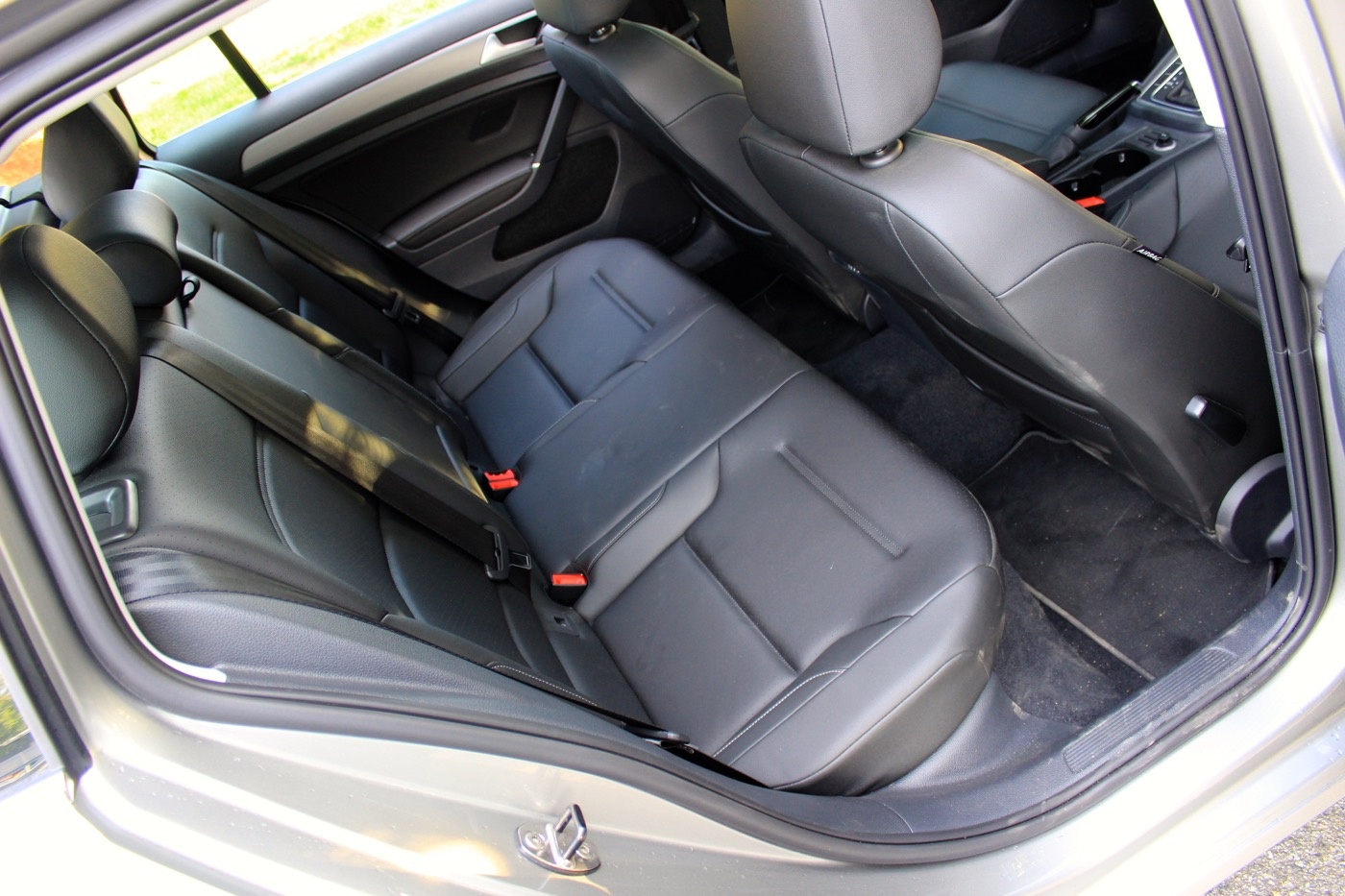 The Golf SportWagen comes with standard electronic stability control, a full array of front and side impact airbags, and an automatic post-collision braking system, which applies the brakes so the car won’t roll into further danger after a crash. Also standard is the crash response system, which shuts off the fuel pump, unlocks doors, and switches on hazard lights in the event of a crash.

The SE and SEL trims are both available with the Driver Assistance Package. This package includes forward-collision warning with autonomous braking, a lane-departure warning system, blind-spot monitor with rear cross-traffic alert, front and rear park-distance alert, and a parking steering assistant.

With this advanced package of safety features, the Golf SportWagen was a 2015 IIHS Top Safety Pick+, and Volkswagen hopes to only build on this success. 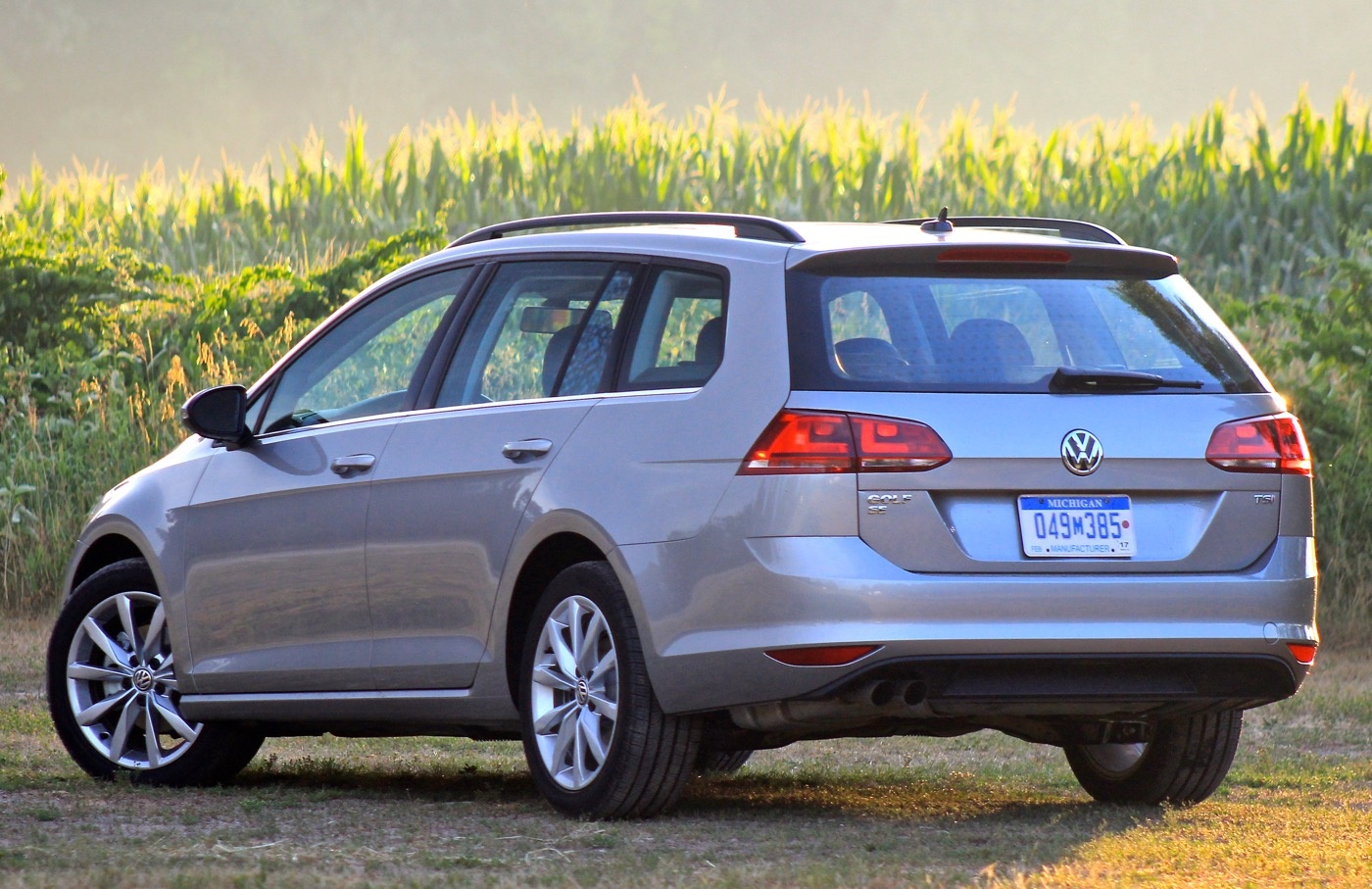 So who else out there makes a true wagon? The Audi A6 Allroad starts at $42,700, the Volvo V60 starts at $36,150, and you could argue the 4-door MINI Cooper Countyman, which starts at $22,750. The SportWagen has better ergonomics than the Cooper, and it beats all those other models on price.

More importantly, the SportWagen delivers as much if not more cargo space and capability as similarly priced crossovers. An all-wheel-drive version is reported to be in the works, so it will have all-weather capability as well.

Too often crossovers project the image of capability that a wagon can easily match. Unlike the crossover, the wagon has the car-like ride that makes it a vehicle that's actually engaging to drive as well.

So is the wagon making a comeback? It’s still too early to tell, but if you're in the market for a compact crossover, check out the Golf SportWagen as well—you might become a wagon convert, too!

What's your take on the 2016 Volkswagen Golf SportWagen?

Stevie95649 I love the look of the car but Im reluctant to buy volkswagon again. My 2002 golf cabrio was a costly nightmare. Has vw improved their reliability issues?

Mini_1414782 Mine has 8k miles on it and I disagree with the acceleration statement. It GOES. Switch to "manual" shifting and wind it up to 5, 500k RPM. Freeway on ramps are a blast!

GuruDHYM2 Mine is 9 months old with about 25,000 miles - I drive a lot. It is a great drivers car for the money and cargo space but mine has significant quality issues. Inside the console, overhead bin and 12v power point rattle. The Carplay system is horribly unreliable and has been replaced without success and now it had developed a transmission issue. VW continues to have dealership issues - I am on my third dealership for service because of problems with the first two - and my warranty runs out in 11,000 miles - which for me is a matter of months,

Users ranked 2016 Volkswagen Golf SportWagen against other cars which they drove/owned. Each ranking was based on 9 categories. Here is the summary of top rankings.

Have you driven a 2016 Volkswagen Golf SportWagen?
Rank This Car

How do I trade my lease for a purchase? I have a 2016 VW Golf Sportswagen lease and want to trade it for a Jeep.

Should A 2016 Golf Sportwagen Require That All 4 Fuel Injectors Be Relpaced...