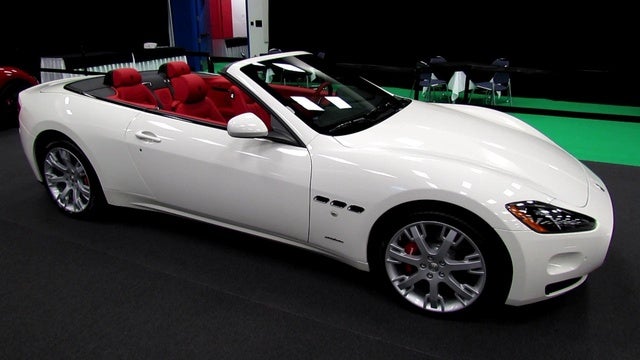 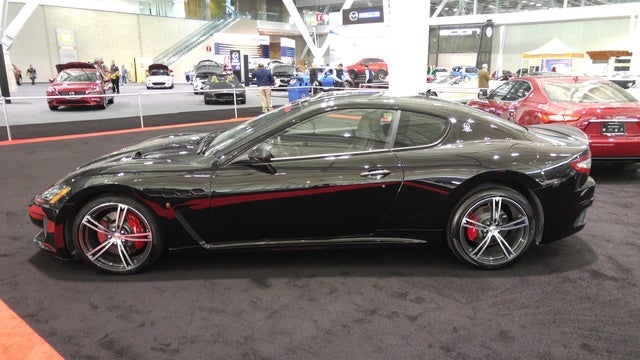 No vehicle better epitomizes the Italian grand touring car than the Maserati GranTurismo. While some Ferraris certainly qualify as grand touring cars, most are truly supercars, and Alfa Romeo offers only a track-ready rough and rowdy roadster and a sports sedan in the U.S. Besides, most of what makes a Ferrari special is in the engine bay, and Maserati has that same magic. Americans looking for a beautiful Pininfarina-styled on-road car with amazing performance and superior luxury will find their way to the 2016 Maserati GranTurismo.

We expect that for 2016 the GranTurismo will again come in both coupe and convertible bodies. There are rumors that this will change in 2017 or 2018, when Maserati may separate the GranTurismo coupe and establish a new convertible model under a new name. But for the time being, expect the Maserati to offer both the coupe and the convertible in three trim levels. Last year, these were the Sport, MC, and MC Centennial--but the Centennial marked the company’s 100th anniversary, so it would be odd (although not out of the question) for the ’16 model to carry that name forward.

The 2016 Maserati GranTurismo is defined by two elements. First, gorgeous exterior styling. The Maserati GranTurismo would fit right in over at Ferrari. Pininfarina styled this car when it was introduced almost ten years ago, and it looks just as modern, sleek, and sexy now as it did back then. The long, low hood, oval grill, strong haunches, and three air extraction vents on the front fender near the door are elements that Maserati uses on all its cars. The GranTurismo is Maserati’s only two-door model, but both of the other cars it sells attempt to copy the GranTurismo’s style as much as they practically can.

The second element that defines the GranTurismo is the Ferrari-sourced V8 engine. We don’t expect any big changes to the 2016 model, but they will surely come at some point; for now, expect the 4.7-liter V8 to remain normally aspirated (non-turbo). Producing about 460 hp, the GranTuriso's V8 is known as a smooth around town engine that screams to life when revved, and the sounds of a Ferrari V8 at full tilt should not be underestimated. Interestingly, Maserati may be one of the last cars (Ferrari is switching to turbos) to offer that experience.

In past years, Maserati offered two different transmissions, and we are not sure if it will eventually settle on just one or the other. The first is a six-speed automatic transmission with paddle shifters, the second a “robotized” six-speed called the "MC Shift electro-actuated gearbox" that can be operated either as a manual using the paddles, or as an automatic. Both offer the same performance and the same fuel economy, but reviewers have said that the robotized six-speed is more engaging when in manual mode, and Maserati claims a slightly faster shift time. This is an area any buyer should thoroughly explore before making a decision.

Starting at about $150,000, the base trim will have an impressive list of standard equipment. The front seats have the look of racing seats but use conventional seat belts, covered in either fine leather or a combination of leather and synthetic microfiber (Alcantara). The steering wheel is called “Trofeo Design,” after a Maserati racing series, with long paddles behind the wheel that are intended to be easy to find when sawing at the wheel during aggressive driving. The dash features a large tachometer with a shift-point indicator set right in the driver's center of attention.

Maserati’s second trim level adds aerodynamic body parts like a front lip spoiler and a rear diffuser, giving the car a sportier look. Inside, the MC gets more Alcantara, racing-style seats, and a steering wheel with both leather and glossy carbon fiber. Maserati calls the interior leather material “Soft Poltrona Frau.” Expect an MC to run about $5,000 more than the base. The top of the line trim will offer more carbon fiber trim elements, performance upgrades like carbon fiber brake rotors, and buyers should plan to spend about $170,000 on it.

All three trims will have nearly the same 4.7-second 0-60 MPH time, and Maserati’s official top speed is “185.” Though not considered a supercar in terms of performance, the Maserati GranTurismo will keep up with anything under a quarter million dollars during on-road use, and likely look much better doing so.

What's your take on the 2016 Maserati GranTurismo?

Have you driven a 2016 Maserati GranTurismo?
Rank This Car

I’m getting a Maserati this weekend. I understand you up shift right before you redline, but how do you know when to downshift?

40 views with 2 answers (last answer about a year ago)