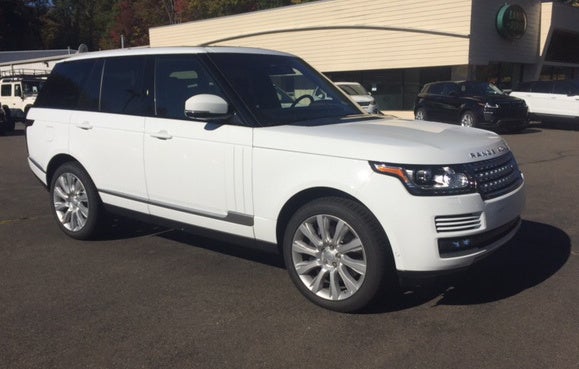 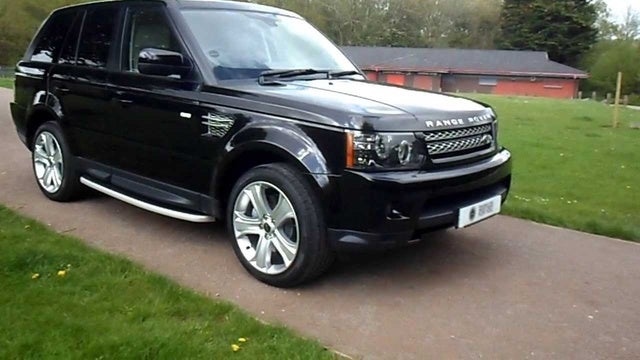 For those mountain dwellers of means, Land Rover offers its 2016 Range Rover full-size 5-passenger, 5-door SUV with some notable upgrades to power and perks. Once again, this high-end sport ute won’t wow you with wondrous agility, nor will it ride in a particularly civilized manner on beaten-up roads, and it sure isn’t cheap, but its deserved reputation as the standard for terrain-taming, river-crossing luxury ought to remain comfortably intact for the upcoming model year.

Again the Range Rover lineup is expected to return in 4 essential trims: the Base, the up-featured HSE, the top-shelf Autobiography, and the uber-potent Supercharged. All trims, except the Base Range Rover, are expected to return in a choice of 2 wheelbases, standard and long wheelbase (LWB). Standard-wheelbase versions return with the 115-inch (9-foot, 7-inch) wheelbase and 196.9-inch (16-foot, 5-inch) overall length, while the LWB variants offer a 122.8-inch (10.3-foot) wheelbase and 204.7 inches (17 feet, 7 inches) of overall length. And, of course, all 2016 Range Rover trims will return boasting standard full-time shift-on-the-fly 4-wheel drive (4WD) sporting a 2-speed transfer case and an auto-locking rear differential.

Be advised that both the Range Rover Sport and the popular Range Rover Evoque are also scheduled to return for 2016, but each will be covered as separate models.

Seemingly foremost among the changes for this Rover’s 2016 version is a brand new turbodiesel V6 powerplant that’ll be offered only in the HSE edition and is slated to result in a debuting HSE Td6 sub-trim. Also scheduled to debut for the upcoming model year are a few upgrades to the InControl infotainment suite, including improved smartphone apps, as well as a new Gesture Tailgate (just swipe your foot beneath the rear bumper and sensors automatically open the liftgate), an Automatic Access Height feature (auto-adjustable loading height), and an upgraded around-view camera system.

Getting back to power details, an expected upgrade for the 2016 Range Rover’s base supercharged 3.0-liter Flex Fuel V6 engine will have it putting out 380 hp instead of the current 340 hp. Torque figures, alas, are unavailable for this up-powered V6, nor are estimated mileage numbers. However, the capable 8-speed shiftable automatic transmission is slated to return, leading one to assume that things ought to remain, but for the added ponies, pretty much as they are now.

Look for the Range Rover Supercharged to return packing the current edition’s 510-hp 5.0-liter supercharged V8 powerplant for 2016. Again managed by the 8-speed shiftable automatic, this hefty 8-cylinder mill puts out 461 lb-ft of torque to the tune of 14 mpg city/19 highway/16 combined.

Finally, the folks at Land Rover claim the debuting 3.0-liter turbodiesel V6 will crank out 254 hp and 440 lb-ft of torque, with the 8-speed shiftable automatic transmission managing up to 28 mpg in highway cruising, though no word yet on potential mileage when driving the new HSE Td6 around town. Oh, and the Land Rover people also claim the turbodiesel-equipped Td6 will tow up to 7,716 pounds.

A further performance perk scheduled to return in all Range Rover iterations includes Land Rover’s traction-enhancing Terrain Response system, which automatically adapts shift points, throttle and braking response, and suspension stiffness to whatever backwoods trail-blazing you might have to do on your way down the mountain. And the traditional high stance and semi-sealed undercarriage allows you to ford rivers and streams that’ll drown just about every other ute out there.

Returning appearance features for the upcoming Range Rover iterations should include, depending on the selected trim, 19-, 20- or 21-inch alloy wheels, a power sunroof, and heated power-folding and auto-dimming mirrors.

Techno-goodies, meantime, will doubtless include standard Bluetooth-interfaced InControl infotainment with the aforementioned improved smartphone apps, as well as standard GPS navigation and a 380-watt Meridian premium audio system boasting 13 speakers, satellite radio, and a video monitor with a DVD/MP3 player.

Among the 18,000-plus combinations of available exterior and interior appearance and convenience bells and whistles are such extra-cost niceties as upsized wheels, power-folding rear seatbacks, and the Rear Executive Class Seating package, which sports power-adjustable seating for 2 in back, along with a massage function and memory for occupant settings.

Speaking of interior features, one curious downside to the Range Rover lineup is its mere 71.7 cubic feet of cargo space in standard wheelbase versions with the rear seatbacks folded. LWB editions, naturally, offer a marginally better 82.8 cubes of toting area, but most in the media find the Range Rover, despite its girth, deceptively short of cargo volume.

In any case, standard safety equipment returning to the 2016 Range Rover lineup includes, besides its rugged construction, 4-wheel antilock brakes, traction and stability control (with rollover protection), front side-mounted airbags, front and rear head airbags, and active front headrests. Daytime running lights, self-leveling high-intensity-discharge (HID) headlights, and InControl emergency telematics should also return, along with a post-collision safety system and a remote antitheft alarm. Optional blind-spot monitoring, adaptive cruise control, rear cross-traffic alerts, lane-departure warnings, and the improved-for-2016 around-view camera system are also expected to remain available for the upcoming year. Be advised that because of its heft, the Range Rover is not safety tested by the government or the auto insurance industry.

Look for the princely 2016 Range Rover to start showing up in dealer showrooms in the fall of 2015, where it will again take on such rivals as Mercedes-Benz’s competent GL350—and now its turbodiesel GL350 Bluetec sibling—along with Porsche’s classy Cayenne.

What's your take on the 2016 Land Rover Range Rover?

Users ranked 2016 Land Rover Range Rover against other cars which they drove/owned. Each ranking was based on 9 categories. Here is the summary of top rankings.

Have you driven a 2016 Land Rover Range Rover?
Rank This Car

whats the problem when my rannge rover wont start , it makes a clicking noise

What Does Hse Mean