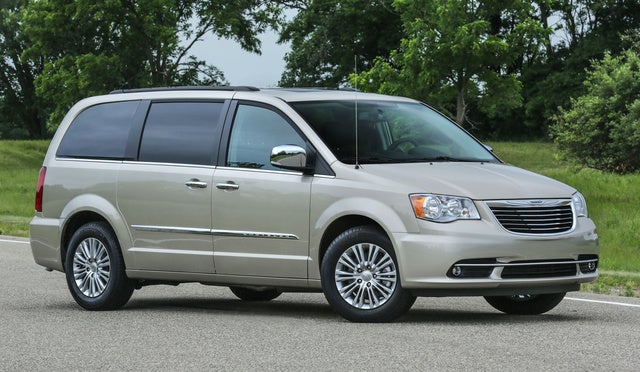 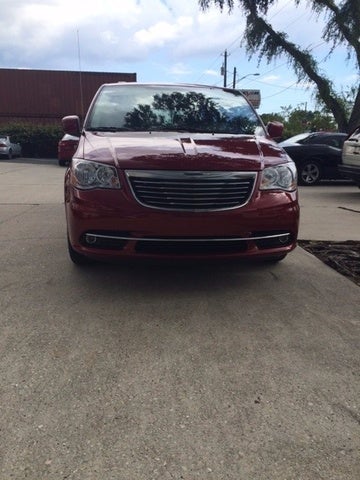 Chrysler revolutionized the auto industry when it introduced the minivan concept in 1983. The 2016 Chrysler Town & Country continues to offer a competent ride, plenty of features, and the traditional family- and car-pool-friendly 3 rows of seating and 7 seats overall. The projected deletion of the Dodge Caravan after the 2016 model year will make the 5-door Town & Country the last van standing in this legendary Detroit-based lineup. So it should not be a surprise that there are rumors of a hefty redesign for the Town & Country in 2017.

This classy Chrysler comes in its 6 familiar trims for 2016: the base LX, the up-featured Touring, the sporty S, the safety-minded Touring-L, the high-end Limited, and the flagship Limited Platinum. The Town & Country will also come in a special Anniversary Edition for the upcoming model year. This limited-production Anniversary Edition is based on the Touring-L trim and will reportedly add extra standard features. Otherwise, the Town & Country carries over largely unchanged from the current version, meaning front-wheel drive (FWD) only and a cargo capacity of 143.8 feet with the rear seats folded.

All 2016 Town & Country variants are expected to keep their 3.6-liter flex-fuel (ethanol-capable) V6, again mated with a 6-speed shiftable automatic transmission for 283 hp and 260 lb-ft of torque. Estimated fuel economy is expected to return at 17 mpg city/25 highway/20 combined.

The lower trims remain eligible for many of the options that come standard in higher trims, while additional higher-trim options will include load-leveling suspension, a trailer-towing package, upgraded exterior and interior accents, and Mopar step running boards.

Owners of the current year’s Town & Country mention uncomfortable seats and flimsy, low-end interior materials as drawbacks to this otherwise well-wrought Chrysler--but its looks, performance, and value continue to garner their fair share of praise. Look for the 2016 Town & Country to appear in dealer showrooms during the last quarter of 2015, where it will again challenge Honda’s enviable Odyssey, Toyota’s slick Sienna, Nissan’s quality-laden Quest, and Kia’s surprisingly spiffy Sedona for minivan sales supremacy.

Kenneth I needed to haul two sheets of three quarter inch chip board so I put the seats down and with two helpers I shoved them in. It seemed like a tight fit but they slid in okay. When cutting up the flooring I found they were not four by eight feet at all, they were an inch wider and an inch longer than I expected. Try that with you standard pick up truck.

Have you driven a 2016 Chrysler Town & Country?
Rank This Car

Help! Out of no where Drivers side rear sliding door won't unlock manually or with automatic buttons. Stuck shut and locked! All other doors work and function perfectly. Any ideas on getting it un...

You Can Get Your Credit Score Boosted Here

I want to give a little tips how I got my FICO score to 795 last month from as low as 420, due to Covid19 I got a setback on my payments owing to medical bills and some negative items on credit repo...

My 2016 Chrysler T&C stalls and dies when coming to a stop. THe exact sequence is brake pedal depression, RPM rises, transmission shifts down and can feel each gear as it shifts. Once "stopped", the...

I need to give a good review of Leith Honda of Aberdeen N.C. I may have contacted them from their website but I found the van originally on Cargurus which is an amazing help for used vehicle shoppi...

Wife came home. Parked the van in the garage. I went to take the kids out 3 hours later. The thing won’t even turn. There’s a red security light that comes on. Nothing else power related responds...