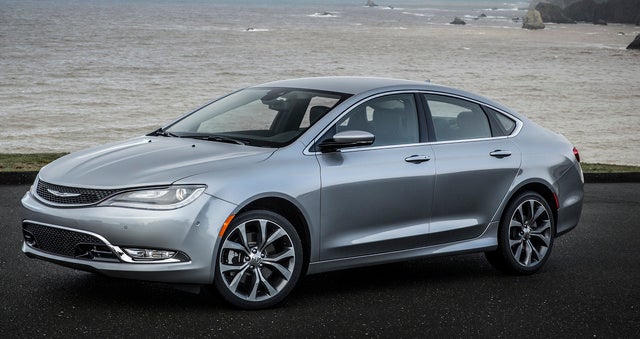 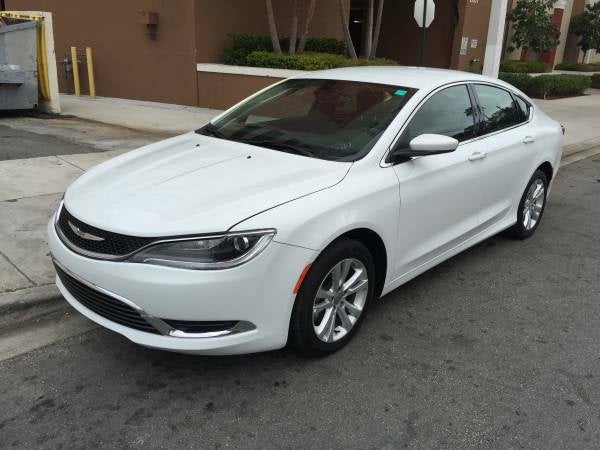 Following the success of its legendary 300, Chrysler (heavily subsidized by Fiat) introduced the slightly less expensive, slightly more median family-friendly 200 for the 2011 model year. The 5-passenger midsize Chrysler 200 sedan underwent a hefty redesign in 2015, and the 2016 edition is expected to go on sale later this year essentially unchanged. Look for the base LX trim, the up-featured Limited iteration, the sporty S variant, and the flagship 200 C edition. There are also hints that an up-featured 200 Anniversary Edition, celebrating Chrysler's 90th year, will appear late in 2016. The 200 Convertible was deleted from the lineup after 2014 and remains absent.

Expect all 200 sedan trims to return sporting standard front-wheel drive (FWD), with the S and C trims again eligible for full-time all-wheel drive (AWD). All trims are also slated to utilize the elongated chassis common to the automaker’s Dodge Dart and Jeep Cherokee offerings. The 200's massive 16 cubic feet of trunk space is great for hauling around groceries, luggage, and that new ottoman, but most reviewers would rather see a slightly downsized cargo area in favor of some increased passenger legroom.

The sleek and swoopy 2016 Chrysler 200, however, comes loaded with the middle-class goodies that families and commuters expect. Outside, depending on the trim selected, look for the return of 17- or 18-inch steel or alloy wheels, keyless entry and ignition, heated power-adjustable outside mirrors, and remote engine start. Trim-dependent interior features will include cloth or leather upholstery, full power accessories, cruise control, and telescoping tilt-wheel steering. The three lower 200 trims will again feature manual air conditioning, while the plush 200 C will return with standard automatic dual-zone climate control.

A number of optional packages are expected to return for the higher 200 trims, though likely with some minor changes. Look for these to include the Navigation and Sound Group I that boasts Uconnect 8.4 infotainment bolstered by GPS navigation and a 506-watt Alpine premium 9-speaker audio system, or the Premium Group, which adds memory for driver's settings, upgraded leather upholstery, a heated steering wheel, and ventilated front seats. A dual-pane panoramic sunroof and upgraded and upsized wheels are slated to remain as standalone options.

Power-wise, expect the standard engine aboard all 200 FWD trims to remain a capable 2.4-liter Flex-Fuel (FFV) inline 4-cylinder (I4) powerplant that puts out 184 hp and 173 lb-ft of torque when toting the standard 9-speed shiftable automatic transmission with its unique rotary-dial shifter. In addition, the 200 S iterations with both FWD and AWD will again tote steering-wheel-mounted paddle shifters. Look for mileage with the I4 to return at an estimated 23 mpg city/36 highway/28 combined.

A 3.6-liter FFV V6 powerplant is again scheduled to remain available to all 200 FWD iterations and returns standard in AWD editions. Look for 295 hp and 262 lb-ft of torque from this peppy V6, again under the management of the 9-speed shiftable automatic. A selectable Sport mode that tweaks throttle and steering response, along with transmission shift points, is once again included with the V6. Expect mileage estimates of 19/32/23 in FWD versions of the V6-packing 200, and 18/29/22 in editions with AWD.

The National Highway Transportation Safety Administration (NHTSA) gives the current 200 4 out of 5 stars, while the Insurance Institute for Highway Safety (IIHS) awards the 2015 versions its best overall score of Good.

Look for the well-regarded 2016 Chrysler 200 sedan to again challenge Ford’s stylish and tech-outfitted Fusion, Honda’s capable Accord, Nissan’s spacious Altima, and Mazda’s surprisingly nimble Mazda 6 for midsize 4-door supremacy in this heavily trafficked market category. And there are even rumors of another hefty 200 remake for the 2017 model year.

Zorn_C Had car since March 2017 .. Got it with just 11K miles. .. Have taken it from Charlotte, NC, to Michigan and back ... Milwaukee, and back ... And just completed a trip to Cincinnati. .. These ('17s) are available with wonderful rebates, now ... Get the V6. Get the V6, get the V6! Not because there's anything wrong with the 2.4 liter -> It's an awesome motor .. But they {in some cars} didn't match the 9-speed automatic transmission, to the motor super well ... Also since mid-model year 2016 can get the middle-grade car, the Limited, with the V6 motor. Mine's a C - Top of the 200 sedan food chain ... It is absolutely AWESOME! All wheel drive package. 300 horsepower (It isn't said, anywhere, but the AWD has a smidgen more power than any non-AWD 200 - Due to it having a different exhaust). ... Love the dash, in this .. How you can sift through all the different things, in the car, with the button on your steering wheel ... Easy to check on all systems ... Mine is jet-black, black leather inside .. Has granite grey rims; 19 inch .. The dial transmission works, just great! Some 'expert' car review places have gone on that "Geez it has too many speeds .. Who wants to shift, nine times?" ... Well you DON'T shift, nine times .. in regular driving. Speeds 8 and 9 are highway cruising gears ... And are why with my V6 I got an incredible 31 & 1/2 mpg, on my trip to Ohio. And my car is fast. Hilariously, ridiculously fast .. in the mid-size car segment. Haven't done a run, myself - but I think the 0-60 time for these is right at six seconds. And quarter mile it blows away everything (Save for the incoming Buick Regal V6 Turbo ... Which starts at a pretty high price.) My car happens to have the manual shift mode with steering-mounted levers, for if I want to really fly, off of a light. 8.5 inch touch screen is the best, I've ever seen ... Better than my friend's, in his Camry (He even says this .. lol) ... I do miss a CD player. But I'm getting all my albums on a couple USBs, to stick in and pull up and play. One has about 40, so far. As to the flap about the rear roof line [That Sergio, head of Fiat was waayyy too sensitive about, when he gave an interview ... He was not recognizing that Consumer Reports just doesn't like Chryslers, and has been biased, against Chrysler, for a long time] [I mean kids getting in and out of the back, is no problem ... And really how many people who drive these have (other) adults getting in and out of the back, all week? C.R. took one item and hammered the whole car, because of it. And a lot of people are quickly influenced, by Consumer Reports. Thankfully, I wasn't] .. So, this car is derived from an Alpha Romeo ... I think it's cool I'm driving something with some Italian blood. Summing up: I love this car ... Excellent power, takes the curves with aplomb .. Seats could be slightly more comfortable, but they're ok. ... 100K mile powertrain warranty. .. And awesome tech :) ... - Zorn

David Really??? If CarGurus rates this utter POS #6 in class, they have ZERO credibility reviewing cars. Stick with pricing and leave “reviws” to the professionals!

Users ranked 2016 Chrysler 200 against other cars which they drove/owned. Each ranking was based on 9 categories. Here is the summary of top rankings.

Buzzing Noise From The Shifting Knob

I have a 2016 chrysler 200 xl, when I put my foot on the break to start or to shift it out of or into park i hear a buzzing sound and see the shifting knob vibrate. is this normal?

89 views with 2 answers (last answer about a month ago)

Can This Car Be Used In Africa Specifically Ghana

Can I Put Reguler Gas

Consistent Issues With Engine And Turnover

I bought a 2016 Chrysler 200 Limited 1 year ago. I have had it at the dealer twice for repairs under warranty. I change the oil religious. I replaced spark plugs and coils at just under 50k miles...

When I was home for holidays my moms bf changed my oil from 5-30 to 0-40. Is there anything I should panic about do I need to change it ASAP or will it be ok? I live in cold weather.