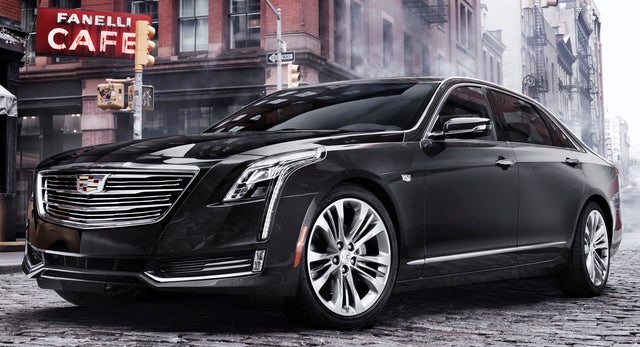 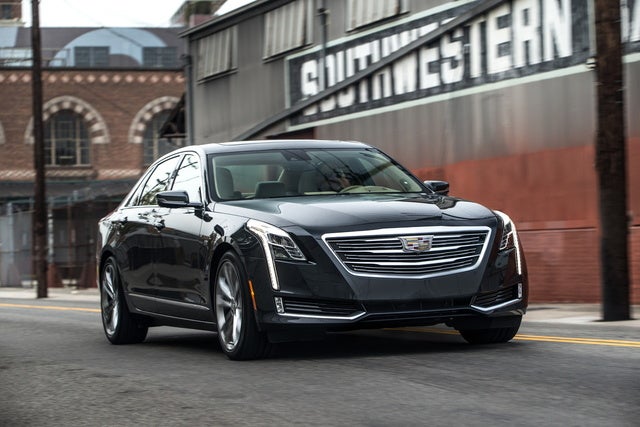 Cadillac is undergoing a complete rejuvenation. Well, maybe more like a shot in the arm. The true metamorphosis occurred in the mid-to-late 2000s, with the growth of the CTS sedan, the maturation of the Escalade, and the expansion of the lineup into new places for Caddy. But now that Cadillac has been taken into the 20th century, it's time to make an honest run at the luxury crown, and that effort will be led with cars like the all-new Cadillac CT6.

The 2016 CT6 sits atop the Cadillac sedan lineup, above the new ATS, CTS, and beamy XTS. You may notice the CT6 doesn't follow the naming conventions of the other models. It marks a new turn for the brand, as the folks who run Cadillac look to take branding in a new direction. Models will be named “CT_” with a number as the last digit. As those other models get replaced, they will take on the new model naming convention.

Based on size and other factors, one might think the CT6 is a replacement of the XTS, but Cadillac says the XTS will stay, and the CT6 represents a return to a bigger, badder Caddy. It is perhaps the one thing that was missing from the Cadillac lineup since the DTS went away in 2011—a large, rear-wheel-drive luxury sedan. It's the first vehicle to ride on the GM Omega platform, which could possibly also underpin a future Buick large sedan. It’s like the good old days back at GM.

The CT6 has design cues that are familiar from previous Cadillac cars, such as the sharp, narrow headlights and chrome-filled waterfall grille. But in the CT6, the cues are taken to new heights, as they are stretched over the car’s long, wide platform. The headlights have an LED strip that flows down below the core headlight assemblies. They bookend the front fascia of the car and draw your eyes in. Outside of its complicated headlights, it has a generally clean look, which pit it visually against the likes of the Audi A8. If that is the benchmark, that is very good company.

Inside the CT6, the cabin is unmistakably Cadillac, and perhaps the most dramatic expression of the new interior design language. Many of the lines and angles come to a V at the center of the cabin, drawing your attention to the massive 10.2-inch center touchscreen. It is the centerpiece of the infotainment system, containing interfaces for navigation, audio, and cruise controls as well as a multitude of other features. The result is a supremely clean dash layout that looks concept-car-level good.

The CT6 driver is treated to one of the most comprehensive, high-tech setups in terms of delivering information to the driver and letting the driver customize the presentation of that info. Using the directional pad on the right-hand side of the steering wheel, one can swap through countless variations, which can also be viewed through an available head-up display.

Other features that help the CT6 stand out include a wireless charging pad for compatible phones, an available rear-seat entertainment system, and the added connectivity of available 4G mobile hot-spot capability.

The base engine for the CT6 is a turbocharged 2.0-liter inline 4-cylinder that sends 272 hp to the rear wheels. The mid-range engine is the 3.6-liter V6, making 335 hp. The range-topping engine is a 3.0-liter twin-turbocharged V6, making a robust 400 hp. Power is sent to the rear wheels or available all-wheel drive. All engines send power through an 8-speed automatic transmission.

Fuel economy for the 2016 Cadillac CT6 has not yet been listed, but expect the 4-cylinder and base V6 to have the best fuel economy, while the twin-turbo V6 could be a bit more thirsty. If fuel economy is a priority, a CT6 Plug-in Hybrid is on the way. It will use the 4-cylinder engine and add a battery pack and two electric motors to put out a combined 335 hp and 432 lb-ft of torque. All Cadillac will say at the moment is that fuel economy will be twice that of the conventionally powered offerings.

As for features and creature comforts, the base CT6 comes equipped with 18-inch aluminum wheels, leather seating, an 8-speaker Bose stereo, 4G LTE connectivity, keyless entry, and push-button start. All models can be optioned with the Luxury package, which includes forward collision alerts, lane-keeping assist, and a heated steering wheel and ups the stereo to 10 speakers. If you go for either V6, you also get access to the Premium Luxury or Platinum trims. The former includes a standard rear-view camera, the reconfigurable display, and optional magnetic ride control. The Platinum trim boasts quad-zone climate control, collision-mitigation braking, a rear-seat entertainment system, 20-way front-row bucket seats, and 20-inch aluminum wheels.

You could say Cadillac has reached back to the big sedans of old with the CT6, but that's not a fair characterization. Cadillac has eschewed the days of quantity over quality and has created the first American luxury sedan that delivers on size, technology, safety, opulence, and power as well as the European and Japanese luxury brands.

Users ranked 2016 Cadillac CT6 against other cars which they drove/owned. Each ranking was based on 9 categories. Here is the summary of top rankings.

Have you driven a 2016 Cadillac CT6?
Rank This Car

Do the wipers have the rain sense feature?

I have a Cadillac cts 2006, recently it began to not start when I go to start it, after trying to start it a few times, the next time I turn the key it starts up like it had no problem . It will st...