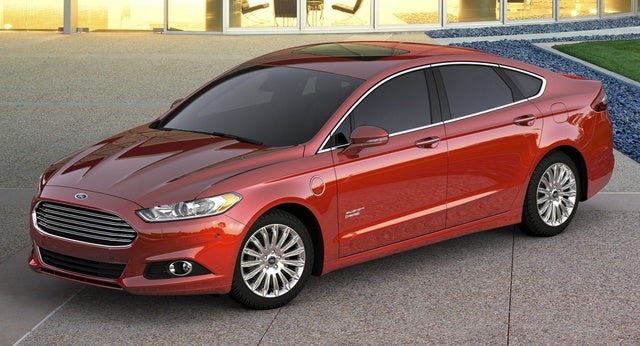 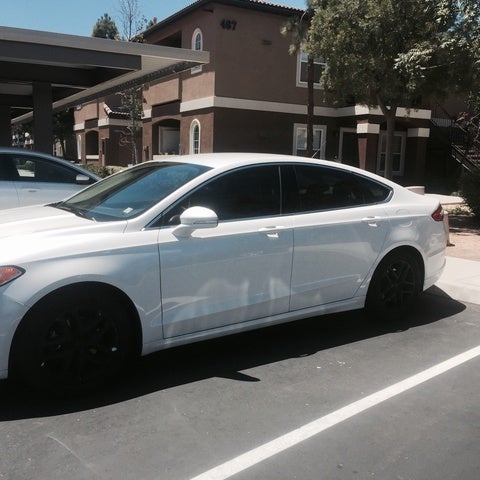 By all accounts, past and present, Ford’s Fusion midsize sedan is a hit. And the 2015 Fusion Energi plug-in hybrid 4-door is poised to again add its fair share of eco-friendly posh to that current popularity. With its distinctively green footprint, this 5-seat gas/electric commuter car flaunts style and comfort, luxury and efficiency, along with a rumored cut of significant proportions to its MSRP. And, of course, that legendary selectable all-electric power means cleaner emissions and some heady fuel savings.

Returning for the upcoming year in 2 trims, the base SE and the flagship Titanium, the Fusion Energi will flaunt some minor changes, giving this futuristic Ford yet another leg up on the competition. For instance, look for several new exterior paint colors to debut, along with a Terracotta Package, featuring Terracotta leather trim and 18-inch Terracotta-painted alloy wheels, that’ll be available to the SE trim. Oh, and this lower-level variant is also slated to tote a standard 6-way power-adjustable passenger seat in 2015.

Many of the Titanium’s delectable extras can, of course, again be delivered on the SE as optional equipment, while available options like a power moonroof, voice-activated GPS navigation, a heated steering wheel, Active Park assist with front parking sensors and adaptive cruise control with emergency braking also remain ready to adorn either trim. Further options available only to the Titanium, meanwhile, include premium leather upholstery and cabin trim as well as ventilated front seats.

At the heart of the 2015 Fusion Energi’s appeal is a 2.4-liter inline 4-cylinder (I4) hybrid engine that combines with what Ford calls a high-voltage electric motor for 195 total hp and 129 lb-ft of torque, with a continuously variable transmission (CVT) again managing the ponies and the pounds.

Now, where this futuristic Ford gets its advantage over, for instance, its somewhat more humdrum Fusion Hybrid sibling is in its plug-in feature for recharging the 7.6-kilowatt lithium-ion battery pack right from home… or from an as yet limited number of charging stations. Ford claims a full recharge of the electric motor can be done on a standard 120-volt system in about 7 hours, while an available 240-volt charger will do the job in approximately 2.5 hours.

Also according to the folks at Ford, the 2015 Fusion Energi will scoot up to 85 mph for some 19 plus miles on electric power alone when the driver-selectable “EV” mode is engaged. Beware, however, that electrically generated speed and distance numbers depend on a number of factors, including outside temperatures, battery age and driving habits, and that acceleration won’t be nearly as quick as it would be using the gasoline engine. Mileage estimates, meanwhile, should remain 44 mpg city/41 highway, with regenerative braking also helping keep the battery juiced.

What's your take on the 2015 Ford Fusion Energi?

Have you driven a 2015 Ford Fusion Energi?
Rank This Car

I jump started my explorer with my fusion and my car hasn't started since then and niether my hybrid battery or my 12 volt battery won't hold enuff of a charge to start my car I can hook jump cab...

Do you have shipping services to Aqaba JORDAN