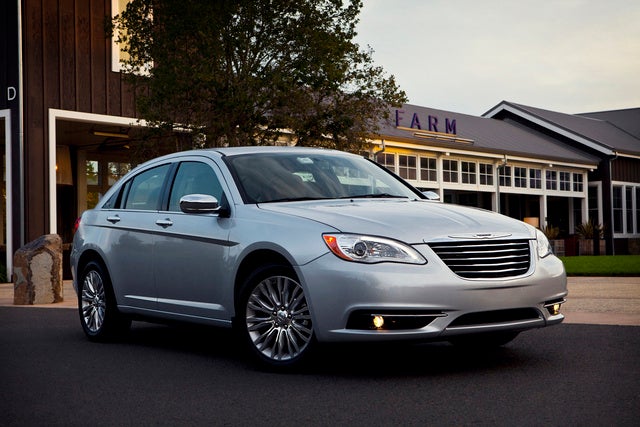 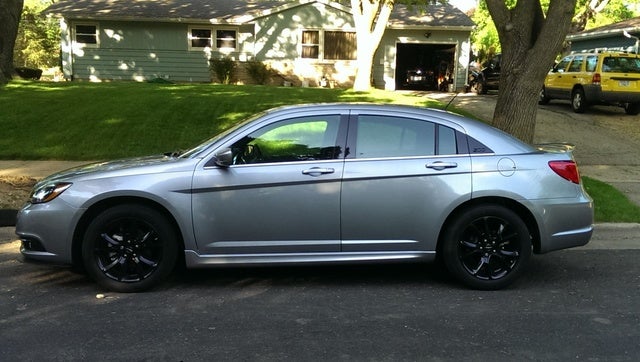 In all 3 years leading up to now, the Chrysler 200 was just a practical convertible with a drab sedan tagging along for the ride. On the brink of a redesign for 2014, following on year after year of feature deletions and selective recalls due to supplier issues (not to mention delays in multiple scheduled debuts, including this redesign), the Chrysler 200 at least has an interesting story—if not a promising future just over this hill, slated to be the tape-cutter on Chrysler's new direction.

Starting out the model year as a carry-over from 2013 (with the exception of the sedan-only LX's 4-speed automatic now completely omitted from the line, finally!), Chrysler is expected to cut this production short and debut the second-generation 200 in January of 2014 as a 2015 model year. Unfortunately, it's a great big mystery what may change beyond a few details, so if you like the current 200, this might be your last chance to get a fresh one, and there won't be many just in terms of production.

That said, 200 sedans seem destined for rental lots the moment those static hardtops are sealed with the 4-cylinder base engine going under the hood. All 173 hp and 166 lb-ft of torque out of that little 2.4-liter that barely musters 20 mpg city/31 highway in this 2-ton midsize (18/27 for the convertible), and the Sebring platform on which it is based somehow translates into a cabin cramped for 5 in the sedan, but spacious for the same in the convertible.

Either way you get 13.6 cubic feet in the trunk—and suddenly it's crystal clear why the 200 convertible is so wildly successful. The numbers cannot lie; topless drivers like big trunks, even if it means more gas. Fuel estimates are precisely the same between the body styles, however if you opt up to the V6, it's rated at a class-average 19/29 and 6.9 seconds to 60 mph in the sedan, or 7.5 in the convertible. Given an entry-level price tag, the option of a retractable hardtop and simply silken driving dynamics (if a bit boat-ish), the 200 convertible with that V6 is a combination that just can't be beaten for a real taste of fun in the sun.

Getting the option on those 283 ponies with 260 lb-ft of torque, capable of towing up to 1,000 pounds when properly equipped, will require stepping up the trim ladder to the Touring at least, which is second from the LX base in sedan form, but the convertible's lowest rung. This 3.6-liter engine is standard for the top-shelf Limited only, with the former S trim now reduced to an optional 18-inch wheel and badging add-on for all but the LX. Whatever the engine, power routes through a 6-speed automatic to the front wheels.

If that seems really minimalist, it's for a good reason. Chrysler had to scrape this whole thing together basically at the last minute for 2011 and has been constantly refining it ever since. By all accounts the maker is ready to reveal its findings in the form of a totally new platform with a “very different feeling and look” to loosely quote Chrysler's Senior VP of Design. Borrowing underwear from the 2014 Alfa Romeo Giulia and an 8-speed shiftable auto from the 2014 Jeep Grand Cherokee, this redesign also has some seriously big technology shoes to fill with the demise of its Dodge Avenger cousin. Expect a completely unrecognizable 200 that will get nearly 40 mpg to debut for 2015.

Mark I have a 2014 Chrysler 200 touring edition with Penastar 3.6 v-6 I love it! I have 38K on it and no problems with it just oil changes and tire rotations.

TheHorror Unless you're looking for an affordable four-seat convertible, this car is might as well not exist. The sedan is a car to be ashamed of.

Why Is My Car Not Showing In Listing I Paid

i paid but my car is not comming up in search

Why Wont My Car Start

Why Wont My Car Start

What Can I Do As A Cosigner If The Owner Doesn't Want The Car Anymore?

I'm a cosigner on a car loan but the owner doesn't want the car anymore, what can I do as the cosigner because if the car is repossessed I know it will affect my credit.

20 views with 4 answers (last answer about a year ago)

Can You Handle Title And Registration?

I live in Ca, the vehicle is registered in Co, I want to sell the vehicle with a loan in Ca. Can Cargurus handle the paperwork required for such a transaction?