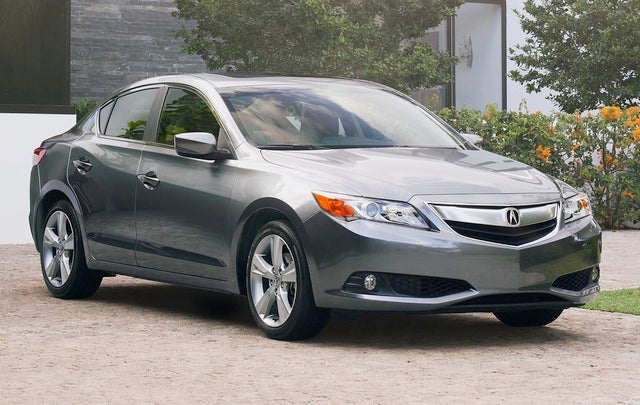 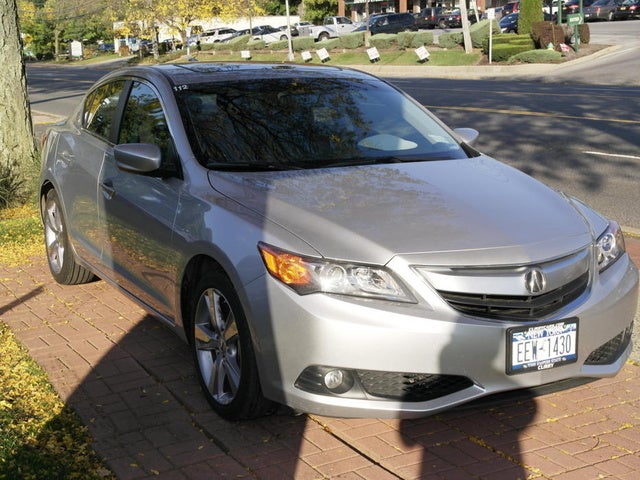 Entering its second year of production, the 2014 Acura ILX compact sedan receives an expanded list of standard features, designed to improve the quality of its interior and enhance its quiet ride. At the same time, Acura boosts the ILX's base pricing by $1,000 while still touting the sedan's overall value. And they might have a point about value, since even though the ILX costs more than competitors like the Volkswagen GTI and the Buick Verano, those vehicles don't include such standard features as leather upholstery, heated front seats or a rearview camera, making the ILX a standout in its class.

Serving as Acura's entry-level vehicle, the ILX sits on essentially the same platform as the Honda Civic, although it represents a step up from the Civic when it comes to power, exterior styling and interior features. So when Honda made significant improvements to the 2013 Civic only a year after the debut of its ninth generation, Acura subsequently had to upgrade the ILX to distinguish it from its lower-brand counterpart. New standard features for the 2014 ILX include an 8-way power-adjustable driver's seat and leatherette door liners, in addition to updated leather upholstery, dual-level heated front seats and a multi-angle rear-view camera. Acura also includes a new standard premium audio system with a subwoofer and active noise cancellation and equips the ILX with upgraded 17-inch alloy wheels.

The 2014 ILX comes in a Base 2.0L trim level, as well as upgraded trims with Premium and Tech Packages. A more powerful 2.4L trim as well as 2 fuel-efficient Hybrid trims at Base and Tech Package levels are also available. All display an attractive sculpted exterior design with low, crisp lines along the sides that rise and taper at the rear wheel wells to create a sporty appearance. The long nose out front with the plenum grille and long wraparound headlights add an aggressive touch, while the lowered cabin and tapering roofline enhance the sporty look. Automatic on/off halogen headlights and heated side mirrors come standard on the Base trim, while the Premium and Technology Packages add HID headlights and foglights.

Owners seeking more power can opt for the 2.4L trim, which receives a larger 2.4-liter i-VTEC 4-cylinder engine. Horsepower increases to 201 and torque jumps to 170 lb-ft, while fuel economy numbers drop to 22/31. Acura pairs the bigger engine with a 6-speed manual shifter for a sportier driving experience. For those who prefer improved fuel economy, the 2014 ILX Hybrid, which arrives at dealerships in the fall of 2013, features a 1.5-liter 4-cylinder i-VTEC engine working with a 23-hp electric motor, generating a total of 111 hp and 127 lb-ft of torque. The Hybrid drivetrain includes a continually variable transmission (CVT) with a manual-shift mode and paddle shifters, as well as a lithium-ion battery, which cuts into trunk space. Fuel economy numbers top out at 39/38 mpg. All engines require premium fuel.

Overall, the ILX delivers a comfortable ride with a certain amount of sportiness, though some reviewers point out minor flaws, such a some body roll in tight corners and an electric power-assisted steering system that feels a little light at times. While these reviewers would like to see a firmer ride and tighter steering, Acura has opted for a middle ground, tuning the ILX's chassis and suspension so it smooths out rough road surfaces and insulates passengers from noise and discomfort, while still offering handling that's tighter than the typical family sedan. The ILX sits on a 4-wheel independent suspension, with MacPherson struts in the front and a multi-link configuration in the rear. New 17-inch aluminum-alloy wheels with high-performance all-season tires come standard on all ILX trims except the Hybrid, which gets 16-inch wheels with all-season tires.

Thanks to its new standard features, the ILX remains one of the best-equipped vehicles in its class, although some competitors, like the Audi A3 and the BMW 1 Series, offer more luxurious cabins, while others, like the Buick Verano, offer more interior and cargo space. Reviewers like the cabin's high-quality materials and overall fit and finish, but they say the rear seat remains tight for taller passengers, with limited headroom. However, the driver and front passenger should find plenty of legroom and headroom in the front. Cargo space in the trunk checks in at 12.2 cubic feet in all trims except the Hybrid, which offers a tight 10 cubic feet. By comparison, the Verano offers 14 cubic feet of space in the trunk.

In addition to the new standard features added for 2014, the ILX comes equipped with dual-zone automatic climate control, keyless entry with push-button start, a 5-inch color information display with an SMS text messaging function, a power tilt moonroof and a tilt/telescopic steering column. In addition, the ILX's new Acura 7-speaker 200-watt premium audio system includes a CD player, Bluetooth and USB/auxiliary ports, as well as a subwoofer and speed-sensitive volume. All trims except the Hybrid also include active noise cancellation. The 2.4L trim adds aluminum sport pedals, red illumination on instrument gauges and contrast stitching on the interior trim for a sportier look, while the Hybrid trims receive a few unique features, including an EcoAssist system and sport seats with cloth upholstery. The Premium Package adds SiriusXM satellite radio and an auto-dimming rear-view mirror, while the Tech Package equips the ILX with a navigation system, an larger 8-inch display and an upgraded 10-speaker audio system with a hard disc drive.

Six airbags come standard on the ILX, along with such standard safety features as 4-wheel antilock brakes with brake assist and Acura's Vehicle Stability Assist system, which incorporates electronic stability control and traction control. Although the 2014 ILX has not yet been safety-rated, the 2013 version was named a Top Safety Pick by the IIHS and received a 5-star overall rating from the NHTSA.

Have you driven a 2014 Acura ILX?
Rank This Car

If A Dealer Is Selling A Used Car $1500 Below Book Value Can I Negotiate Th...

Does This Work For People Who Live Internationally?