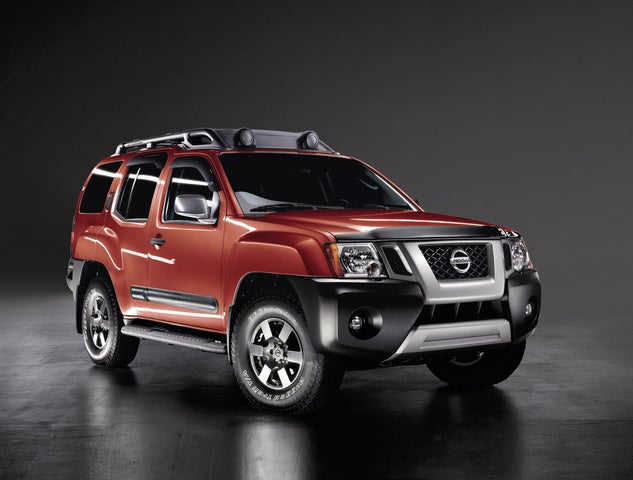 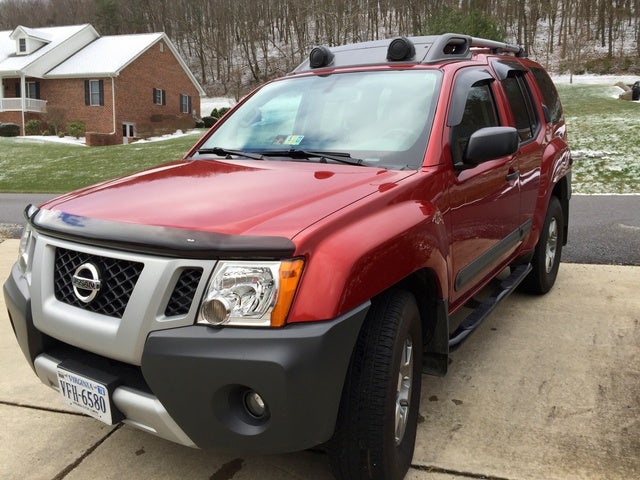 The 2013 Nissan Xterra carries on as a solid choice for those who like their sports utility ride a little more, well, sporty, and leaning toward the rugged side. The Xterra remains, as it has been since its introduction in 2000, an attractive no-frills alternative for folks who prefer to play, and perhaps even roughhouse a bit, off-road.

The 2013 Nissan Xterra holds over as one of a dying breed in an SUV world that has largely gone crossover. The likes of the Ford Escape and the Honda CR-V and others can get off road if necessary, but might not be all that comfortable when they get into the mud and muck. Such vehicles prefer, when it comes right down to it, to cruise the pavement and deal with minor inconveniences such as snow on occasion.

Owners of 2013 Nissan Xterras are more apt to look for their kicks with a vehicle loaded down with sporting gear when heading off to one adventure or another, maybe alongside a Jeep Wrangler or one of the Toyota offerings, the 4Runner or FJ Cruiser.

Nissan has not made a lot of changes to the Xterra in recent years, but one it made for 2013 should go over well: The company adjusted its price structure on the vehicle, and the base 2013 Nissan Xterra X starts off at about $22,000. The trim line begins with the X and moves to a Nissan Xterra S and then bumps up to a Pro 4X.

Experts like the 4.0-liter V6 that gets 261 horsepower with 281 lb-ft of torque and powers all 2013 Nissan Xterras. They appreciate its passing power on the highway, quickness off the line and towing capability, which tops out at about 5,000 pounds.

The engine pairs with either a 5-speed automatic transmission (standard in the X trim and an option for the S and Pro 4X) or a 6-speed manual, which comes with the 4-wheel-drive (4WD) S and Pro 4X. Xterra X and S trims come in RWD with 4WD available. The Pro 4X is 4WD.

Boxy and sporting its roof rails and storage box up top, the 2013 Nissan Xterra looks rugged and backs up its appearance in the woods and on rough terrain. Its body-on-frame design, on the same platform as the Nissan Frontier pickup, helps it perform off-road, but comes at the cost of some comfort on the road.

The 2013 Nissan Xterra is nothing fancy inside, and some find fault with an interior that looks a little dated and has at least its share of plastic materials. On the other hand, those materials make cleanup from a rough day in the mud easier. The seats in the Xterra are comfortable, most reviewers feel, and the tall roof provides plenty of headroom

The base 2013 Nissan Xterra X comes with cruise control, power windows and locks and a 6-speaker AM/FM/CD system. The 2013 Nissan Xterra S quickly raises the bar and offers a cargo management system for the rear, driver’s seat lumbar support and an enhanced audio system with 4.3-inch color display and auxiliary inputs for USB devices.

The Pro 4X gets a Rockford Fosgate sound system, a navigation/infotainment system with Bluetooth connectivity, extra skid plates, off-road shocks and off-road lights. And here’s an Xterra extra for those on the go: A 10-by-10-foot hatch tent that can connect to the back of the vehicle or stand alone is available.

The Xterra comes with antilock disc brakes with electronic brakeforce distribution, seat-mounted side-impact airbags for the front seats, side curtain airbags for both rows and an electronic stability system.

Have you driven a 2013 Nissan Xterra?
Rank This Car

Engine Hot But No Heat. 9 Degrees Today, Heater Worked Fine The Other Day. ...