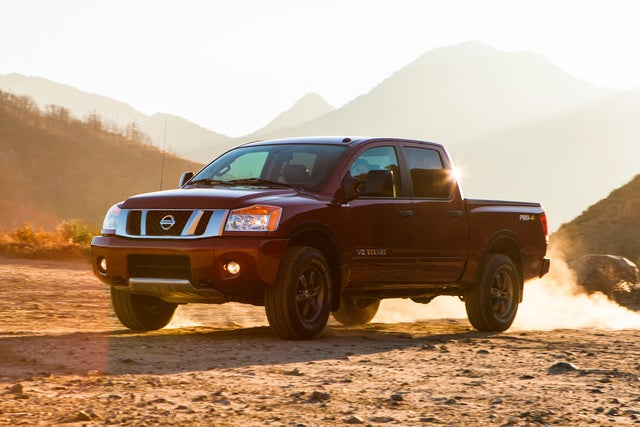 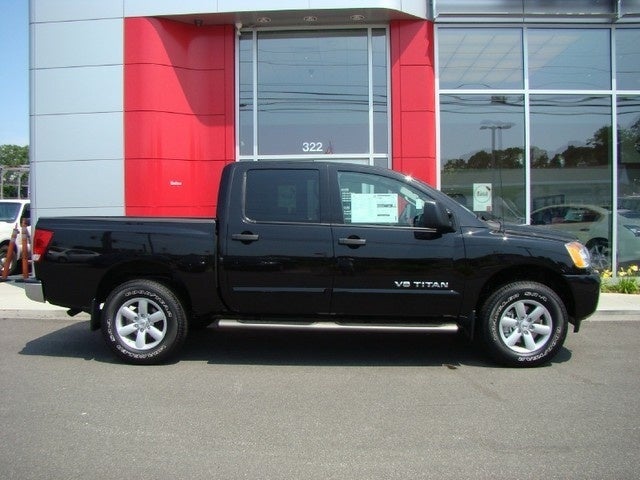 The 2013 Nissan Titan offers a capable ride and a spacious interior along with more than adequate performance, and it still looks the part of a brawny full-size pickup, despite getting along some in years. So it’s not that reviewers tend to have major problems with the 2013 Nissan Titan and turn up their noses at the very thought of shopping for, or purchasing, one.

The thing is, they tend to like the truck. But they also feel the Titan comes up short in comparison to rivals like the Ford F-150, Ram 1500 and Chevrolet Silverado 1500, and thus it has trouble competing with those domestic models that have ruled the roost in the popular niche (along with the Toyota Tundra) and don’t show any signs of giving up their hold on the market.

Nissan, on the other hand, appears willing and ready to keep the battle going and has already talked about a new and improved version for 2015 that the company assures will address some of the shortcomings of the Titan and make it a more formidable rival to the F-150 and others.

In the meantime, the 2013 Nissan Titan soldiers on with a few minor tweaks, including a new tailgate that has a rear spoiler and a PRO-4X model with several design and cosmetic changes.

The 2013 Nissan Titan offers no choice when it comes to an engine, and providing a few options is one of the major changes coming in 2015. For now, a 5.6-liter V8 good for 317 hp and 385 lb-ft of torque again powers all versions of the Titan.

Various features and options are available through the 2013 Nissan Titan’s four trim levels of S, SV, SL and the PRO-4X, which is geared for those looking to get off-road. Most trims come in either rear-wheel drive (RWD) or four-wheel drive (4WD). Nissan sends the Titan out with either a King (extended) or Crew cab and does not offer a Regular cab. A Regular cab is another change planned for 2015.

King cab models have a cargo bed that is 79.1 inches long, while Crew cabs come with a 67.3-inch cargo bed, though the Crew cab SV offers the option of an 87-inch bed.

Nissan has said it also plans to improve the fuel mileage of the Titan, which will be a good thing, as part of the redesign. Fuel mileage estimates for the 2013 Titan are 13 mpg city/18 highway with rear-wheel drive (RWD) and 12/17 with 4-wheel drive (4WD) running on gasoline. The numbers are 9/13 with RWD and 9/12 with 4WD using a blend of up to 85 percent ethanol (E85).

Reviews of the 2013 Nissan Titan are a little mixed when it comes to assessing just where the truck fits. When properly equipped, the Titan has a 9,500-pound towing capacity, and for the most part it holds its own in the workplace. Some experts feel it leans more to the sports utility side of the SUV/pickup equation, while others put it more in the truck column.

The coming redesign may take on that question, too, as Nissan indicates it wants to broaden the Titan's appeal and reach out to those who primarily use their trucks for work.

The base 2013 Nissan Titan S King cab starts off with cloth seating, air conditioning, a 6-speaker audio system, a lockable tailgate and a fold-up rear bench seat, and it can seat up to 6 people. The Titan works up the trim ladder to the SL Crew cab, which features dual-zone climate control, heated leather seats and a 350-watt Rockford Fosgate sound system.

A full complement of airbags, traction and stability control, and antilock brakes are standard for the 2013 Nissan Titan. A rear-view camera system is included on some trims and available on most other 2013 versions.

Users ranked 2013 Nissan Titan against other cars which they drove/owned. Each ranking was based on 9 categories. Here is the summary of top rankings.

Have you driven a 2013 Nissan Titan?
Rank This Car

Dealer we bought this truck from (new) wants $14,000 to replace the engine on our truck. Truck only has 70,000 miles. I don't understand why it went out, but two cylanders are out. Any suggestion...