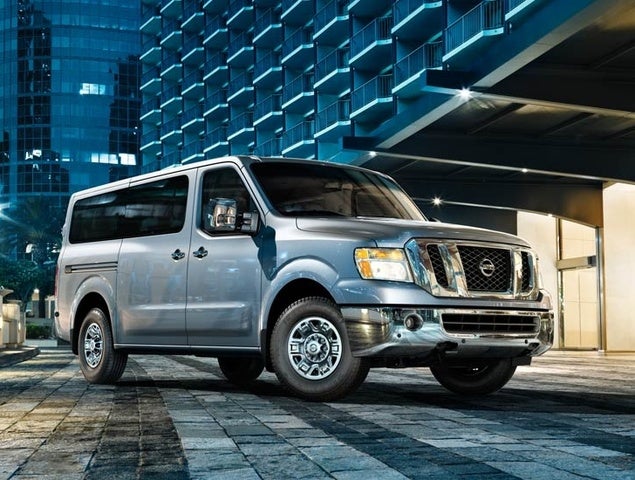 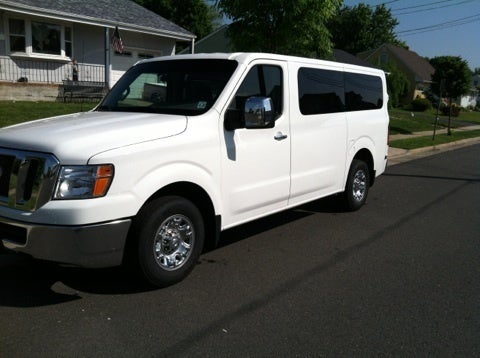 Nissan stirred the pot a bit when it introduced the Nissan NV into the world of full-size vans a year ago and took on the likes of the Ford E-Series, Chevrolet Express and GMC Savana. The 2013 Nissan NV Passenger and the 2013 Nissan NV Cargo, which will be reviewed separately, return for more. The vans add a little flash and dash to a market that has seen little change for at least a decade, and for the most part reviewers herald their arrival.

It is a big rig with 12 seats, though not as big as some of its 15-seat rivals, and has an appeal to anyone from a school or organization looking to move students or a small team, to a hotel interested in shuttling guests to a shopping mall or the airport, or to contractors moving a small work force.

Nissan teams both engines with a 5-speed automatic transmission. The 2013 Nissan NV Passenger is rear-wheel drive (RWD), and some experts wish it offered an all-wheel drive (AWD) option, as well as an option to get a diesel engine.

The 2013 Nissan NV Passenger offers a fair number of features and a nice interior, especially considering that it’s basically a work vehicle. It comes with either a standard or high-top roof and provides plenty of space in either instance. Its 12 seats are comfortable and can be configured in a wide assortment of ways.

Each seatbelt in the 2013 Nissan NV Passenger is mounted to the seat, so it includes no jungle of seatbelts that passengers need to negotiate. All seats get reading lamps, and there are rear heating and air conditioning vents and controls that serve the back of the vehicle.

The base 2013 Nissan NV Passenger 3500 S trim comes with cloth seats, manual air conditioning and an AM/FM radio with a CD player and 2 speakers. Moving up a level to the SV doubles the number of speakers and brings remote keyless entry, cruise control, rear parking sensors, power windows and door locks, and optional Bluetooth, as well as a backup camera. The SL gets leather upholstery. A glass breakage sensor, rear door windows and a technology package are available for some trims.

Dual front airbags, antilock brakes, stability and traction control systems and a tire pressure monitoring system are among the safety features in the 2013 Nissan NV Passenger. Dual side and side curtain airbags are available.

What's your take on the 2013 Nissan NV Passenger?

Have you driven a 2013 Nissan NV Passenger?
Rank This Car