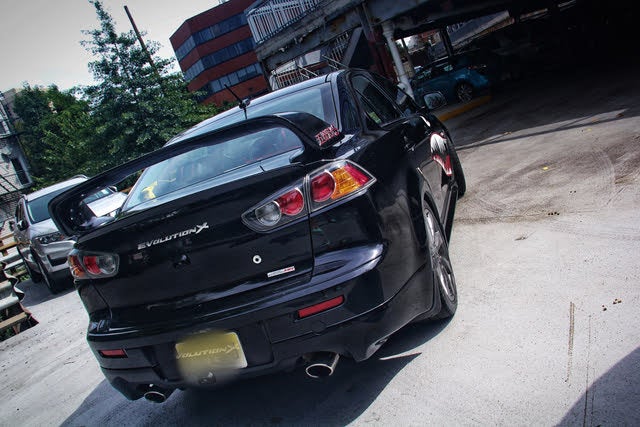 Going into 2013 Mitsubishi leaves this compact 5-passenger sedan well enough alone and makes a few additions to the Lancer's newest trim, the all-wheel drive (AWD) SE that debuted for 2012. In an obvious attempt to directly compete with Subaru's Impreza, mounts for the Thule roof rack are now standard, alongside a few smaller touches like alloy wheels to complete the look, although its engine is likely enough to sell the SE given the alternative noisy 2-liter in the bargain-priced DE and ES trims and the polarizing tailfin attached to the comparably equipped GT. The Lancer has its issues, with a few duds in the lineup and some areas that could use more refinement, but being a Top Safety Pick the last 4 years in a row should stand for something.

In the baseline DE and ES trims with their loud 2-liter 4-cylinder engine, that "something" probably means they don't accelerate fast enough, as their 148 hp and 145 lb-ft of torque don't put crash-test dummies in any real danger. Given the 8.8 seconds it takes to reach 60 mph with the 5-speed manual and a decidedly worse but barely average 9.1 seconds with the CVT, the performance of the DE and ES Lancers doesn't match the sport implied by their skin but is at least typical of their class. Fuel economy is on par for the performance at 26 mpg city/34 highway, so they're respectable choices if you don't mind the engine and CVT chattering on while you drive. If you like a stick shift, your ears can likely afford these bargain sedans, but definitely have a listen to that engine before deciding.

Moving up to the SE and GT, their 2.4-liter inline-4 puts out 168 hp and 167 lb-ft of torque, capable of propelling a manual-equipped GT to 60 mph in 7.7 seconds. Fuel economy is a bit worse than the bargain trims at 23/30 regardless of transmission, but the SE is available only with a CVT. The SE is likewise the only daily-driver Lancer without front-wheel drive (FWD), sharing a similar AWD setup with the top-shelf Ralliart performance trim, although that one uses a dual-clutch manual with shift paddles and active center differential. The turbocharged 2-liter inline-4 powering the Ralliart is rated for 237 hp and 253 lb-ft of torque for a lightning quick zip-to-60 of just 5.8 seconds, but that comes at the cost of a fuel economy rating of 18/25.

If you're waiting to be wowed by the interior, you can stop holding your breath and take a second look at the maker. The overall layout and lack of a telescoping steering wheel would be enough to discomfort most drivers, but in typical Mitsubishi style hard plastics are the dominant material no matter the trim. The trunk offers a barely usable 11.6 cubic feet of cargo space, and Mitsubishi's Fuse voice activation isn't quite as powerful as Ford's Sync, but it works well enough for what it does. In all, the Lancer is a great budget performance option, but with much emphasis on the budget.

What's your take on the 2013 Mitsubishi Lancer?

Guru93422 What does it mean when the temperature haulage reads slow down and the.letter D appears

Have you driven a 2013 Mitsubishi Lancer?
Rank This Car

Bought my car and tranny went out bought a used tranny its a cvt and had installed after couples days of driving the used one started giving me problems wont go pass first gear and just reaves the ...

I drive a manual 2013 Lancer. When it idles in neutral the tachometer reads 1000. When I shift, it shoots up between 4/5k. When I'm in 5th gear and apply a little pressure to the gas it shoots b...

I wanted to know how you go about financing? Am interested in one of the vehicles (2013 Mitsubishi Lancer), from Pelham imports but they said I come to you for financing details. Thank you.

What Type Of Coollant For Mitsubishi Lancer 2013