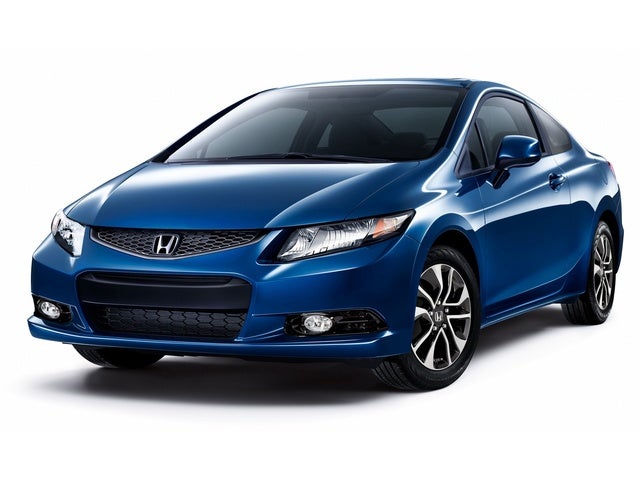 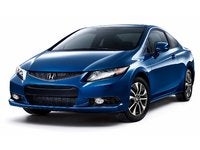 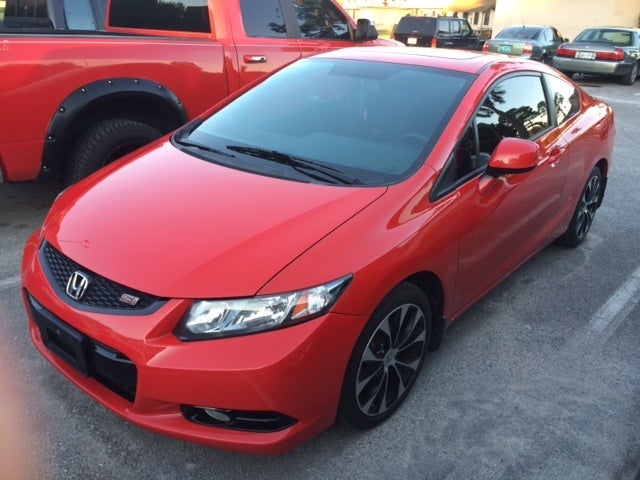 Hot on the heels of a 2012 redesign, the Honda Civic Coupe returns for 2013 with more massive changes, most of which are shared with the Civic sedan lineup. The entry-level DX Coupe-exclusive trim is gone, but from a completely new body structure for improved crash-test ratings to recalibrated driving dynamics for a more thrilling ride and even improved materials quality, Honda left no stone unturned in remedying what the company's Executive VP describes as a gross underestimation of Civic driver expectations. The vast majority of drivers are quite pleased nevertheless, but there is evidence that Coupe owners would appreciate the changes right here on CarGurus, although you're not likely to find such criticism anywhere else except possibly in professional reviews.

Wind noise, for instance, is one of the things the 2012 Civic redesign was criticized for in magazines. But anyone familiar with the Civic knows any previous generation had more wind noise than the tenth generation that debuted for 2012. Still, Honda touched up the sound insulation for 2013, so much so that magazines don't mention it anymore. Sure, the seats are a bit hard for long trips, and the ride is decidedly sporting (read: bumpy but zippy), but this is a Civic Coupe, not a snooze-mobile with expensive parts.

The Civic Coupe is a driver's car and a Honda through and through, made for people who like to have fun while getting from A to B without having to worry about chugging gas or breaking down. If potholes are the bane of your existence, then you're looking for a car with a touring suspension and expensive maintenance, but if you think potholes make driving the same old city streets more interesting, the Civic Coupe is once again an excellent choice for 2013. It was still a great one for 2012, but it didn't have such an upscale interior, nor does it offer the longer features list, complete chromed-out restyle inside and out, or the improved safety ratings of the 2013.

Some of those new standard features for the 2013 Civic Coupe include Bluetooth and iPod connectivity with Pandora, text messaging and a rear-view camera. The front-seat airbags are revised alongside the entire body structure, which should improve on those few frontal crash tests where it didn't get the best possible rating. All told, these are huge changes for just one year. Obviously Honda doesn't just make responsive cars—it's also a highly responsive company.

Although these changes definitely resulted in the demise of the Coupe's formerly least-expensive DX base trim for 2013, the LX Coupe offers features like automatic headlights, cruise control, a 5-inch display and a 6-speaker sound system with CD player and auxiliary jack at the new baseline, not to mention the 2013 additions. Moving up to the EX will fetch features like 16-inch alloy wheels, a sunroof, 7-speaker sound system and a 60/40 split-folding rear bench, and the EX-L expectedly antes up with leather upholstery, foglights, heated mirrors and heated front seats. All versions use the same 1.8-liter 4-cylinder good for 140 hp and 128 lb-ft of torque, paired with either a 5-speed manual for 28 mpg city/36 highway and about 8.5 seconds to 60 mph or a 5-speed automatic for 28/39 and a class-average 9 seconds.

But wait—if that's not enough, then that's not all. Going for the top-shelf performance-oriented Si Coupe tweaks that engine up to 201 hp and 170 lb-ft of torque for 6.9 seconds to 60 with a 6-speed shifter. Sure, it's not rally speed out of the box, but at 22/31 on regular gas Honda isn't far from engineering a pure-gas performance engine capable of some luxury hybrid figures. Of course, the Si also gets Civic-exclusive sporting features like 17-inch alloy wheels, a limited-slip front differential, sport-tuned suspension, foglights, front and rear spoilers, sport seats and several sexy interior details for a fraction of the cost of owning just about anything packaged as well.

What's your take on the 2013 Honda Civic Coupe?

Users ranked 2013 Honda Civic Coupe against other cars which they drove/owned. Each ranking was based on 9 categories. Here is the summary of top rankings.

Have you driven a 2013 Honda Civic Coupe?
Rank This Car

Im having issues with parasitic drain Honda 2013 lx. Mechanics suggests AC relay get struck in on position and drains battery overnight. I want to replace but looking in fuse box do not know which r...

Can I Get Financing On A Privately Listed Car

I Hit A Stump On A Dirt Driveway What's Causing The Clicking Noise?

I hit a stump sticking out of the ground on a dirt driveway. I was barely rolling but it hit under my car really hard. After I drove about 5 miles turned my car off then started it right back up...

I had a new bumper replaced after an accident. I only wanted an OEM bumper. I was told an OEM was used but I have doubts. Can an auto body shop be able to tell me if the bumper I received was OEM? I...

25 views with 7 answers (last answer about a year ago)

I was recently rear ended and had a new bumper put on. I requested and paid for an OEM bumper. Is there anyway that I can know for sure I did not receive an aftermarket part?