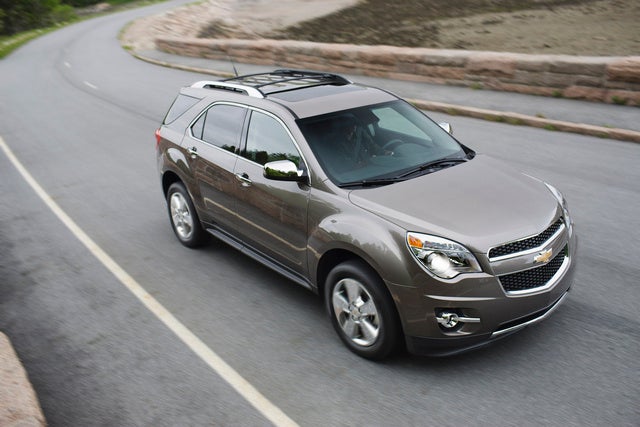 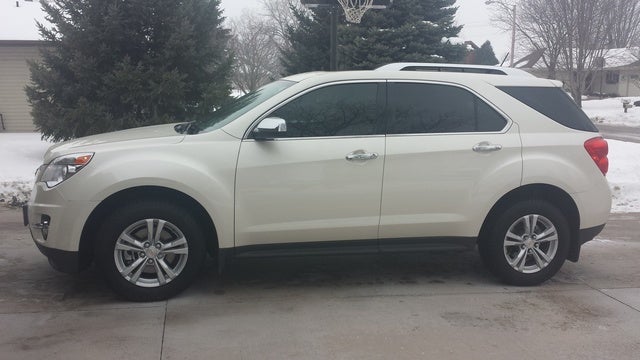 The Chevrolet Equinox, a compact crossover panned in some corners but popular and even making a bit of a comeback in others, gets a few updates for 2013.

Assessments of the 2013 Chevy Equinox run the gamut. While some reviewers deem it unremarkable inside and out, others find much to like and have no trouble labeling the Equinox one of the best offerings in a crowded and competitive market segment.

Fans of the 2013 Chevrolet Equinox point to what they feel is a distinctive and classy look, a spacious interior and a comfortable ride among the aspects that help set the vehicle apart and feel this year’s modest midcycle makeover boosts their claims.

A new 3.6-liter V6 engine, available in all but the base LS trim, adds punch to the 2013 Chevy Equinox engine lineup. A 2.4-liter 4-cylinder that gets 182 horsepower with 172 lb-ft of torque remains the standard engine in the 2012 Chevy Equinox, and some experts say that engine, with its direct injection and variable valve timing, offers perhaps all the power and performance that most buyers need. It checks in with fuel mileage estimates of 22 mpg city/32 highway with front-wheel drive (FWD) and 20/29 with all-wheel drive (AWD).

The 3.6-liter V6, which General Motors also uses in its Cadillac CTS and GMC Terrain, among others, may be the better choice for those who tend to load up the 5-passenger Equinox with people or cargo. It replaces a 3.0-liter V6 and bumps things up to 301 hp from 264 and the torque figure to 272 from 222. Estimated mileage numbers for the new engine stay the same as the old at 17 mpg city/24 highway with FWD and 16/23 in AWD.

Either engine is mated with a 6-speed automatic transmission that can be shifted manually by the use of toggle buttons located on the side of the shift knob. The transmission is responsive, some reviewers say, but not particularly smooth.

Handling on the upper trims of the 2013 Chevrolet Equinox also gets an upgrade, thanks to new dual-flow dampers for the front shocks on V6 models that come with 18- or 19-inch wheels. The dampers help improve the car’s performance in corners and minimize body motion so the Equinox feels less top-heavy. Some critics have an issue with the steering on the Equinox, feeling it's too light.

A new rear-seat entertainment system and a package that now combines navigation with Chevy’s Mylink infotainment setup are among other changes for the Equinox in 2013.

Chevy again sends the Equinox out in several trims, beginning with the base LS and advancing through the LT1 and LT2 to the fully loaded LTZ. The LS gets cloth upholstery, a driver’s seat with a power adjustment for height, cruise control, full power accessories, a tilt-and telescoping steering wheel with audio controls and a 6-speaker sound system.

The LT1 adds tinted rear windows, a rear-view camera and an upgraded sound system, and the LT2 goes even further with remote start, heated front seats, automatic climate control and an 8-speaker Pioneer sound system. The top-of-the-line LTZ gets leather upholstery with heated seats and a rear parking camera with sensors.

The 2013 Chevrolet Equinox comes standard with antilock disc brakes with brake assist, traction and stability control and a full complement of airbags. A new safety system that features forward collision and lane departure warning is available with the LTZ trim.

What's your take on the 2013 Chevrolet Equinox?

Users ranked 2013 Chevrolet Equinox against other cars which they drove/owned. Each ranking was based on 9 categories. Here is the summary of top rankings.

Have you driven a 2013 Chevrolet Equinox?
Rank This Car

I recently got my mothers 2013 Equinox after a no fault accident totaled my Nissan. She bought the car brand new never had a problem. About 2-3 weeks after she signed it over to me it started stall...

709 views with 4 answers (last answer about a month ago)

Will anyone please be honest that the 2010-2013 equinox is just junk? I bought a 13 with the intent to have a safe reliable car because I was pregnant and expecting my first child. 6 months later ...

The GPS In Our 2013 Chevy Equinox Isnt Letting Us Put In An Address For The...

When we touch the destination icon, it highlights but does not move on to allow us to put in the address. It just stays in that setting. Now if we put in an old destination, everything works fine, b...

I Am Buying A Car, I Need To Know About The Taxes And Fees

If a car price is 22000.00 what is the total price that it will come to after taxes and dealer fees and registration