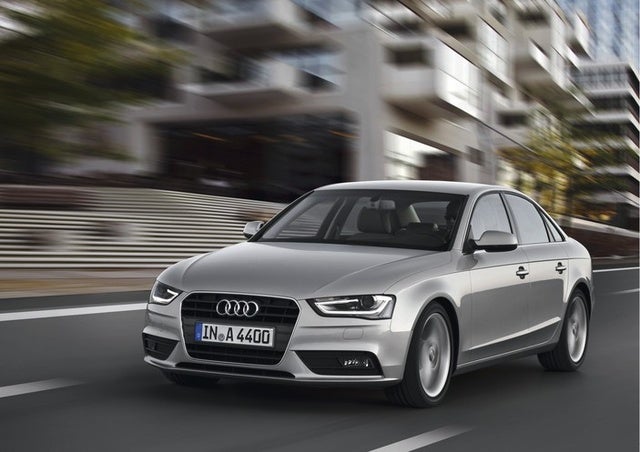 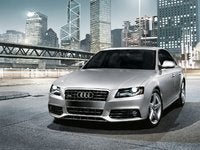 With the announcement of its 8th-generation A4, Audi seems to be content to rest on its laurels. Aside from a mild refresh to both the interior and exterior and a few new gizmos, this is essentially the A4 sedan known and loved the world over; it’s Audi’s most popular entry-level executive vehicle.

In the U.S., the 2013 A4 will still rely on a 2.0-liter turbocharged 4-cylinder engine with 211 hp and 258 lb-ft of torque. (European models will offer a plethora of engine choices.) The 4-door vehicle will come with a 6-speed manual or 8-speed automatic transmission, with front- or Quattro all-wheel drive (AWD). One addition, however, will make a difference: a re-tweaked thermal management system that heats components more quickly promises to result in 10% better fuel efficiency. The 2012 was estimated at 22 mpg city/30 highway.

On the outside, the A4's nose has been given the scalpel, and the result is a more curvaceous silhouette resembling that of the A6. The headlights, running lights and taillights have also been slenderized, giving it a more uniform (read: bland) look.

Enhancements to the inside, although subtle, include a re-shaped steering wheel, new key fob and enticing new color and trim combinations. The touchscreen interface has been trimmed down to 4 buttons to simplify use. Individual seat heaters can be directly controlled from the center stack. A cool addition is an active Wi-Fi hotspot for up to 8 mobile devices; this feature used to be available only in higher-end models.

The most significant change to the sedan is the addition of electric power steering, although even this enhancement is fairly subtle. Some say it’s still not quite as responsive as other models in its class. The rear suspension mounts have also been redesigned, and shock absorbers have been adjusted, promising a smoother ride.

But this is still an Audi, and an A4 at that. It offers plenty of gusto and superior handling overall. Audi lovers won’t be disappointed. But for surprises, we'll probably have to wait for the 9th-gen A4, expected in the Fall of 2013.

At this writing, the trim lineup has not been officially released, but it's expected to include the Premium, which includes 17-inch wheels, a sunroof and power front seats; the Premium Plus, which adds xenon plus headlamps, daytime running lights and heated seats; and the Prestige, which includes advanced keyless activation and a high-end navigation system. Each trim level will be available with front-wheel drive or in a Quattro AWD version.

Brenda I love it

Users ranked 2013 Audi A4 against other cars which they drove/owned. Each ranking was based on 9 categories. Here is the summary of top rankings.

I’ve tried jump starting it of another car batterie and had batterie booster on and still nothing not even an ignition light is there something stopping it from starting like the engine management...

BonnyNkosi asked a 2013 Audi A4 General question 2 years ago

My Audi won't start. I had the Camshaft and timing chain replaced after the car seized. The injectors were checked and they work fine but they are releasing fuel. I replaced the spark plugs a coupl...

My Audi A4 Quattro won't start when I depress the start button. All lights and radio comes on and the battery tests good. What is the first item to test? Could it be a starter fuse or module? A star...

Just bought a 2013 A4, was sitting in parking lot and all of a sudden car just shuts off and will not start up. Has gas.

Is This Audi A Good Idea?