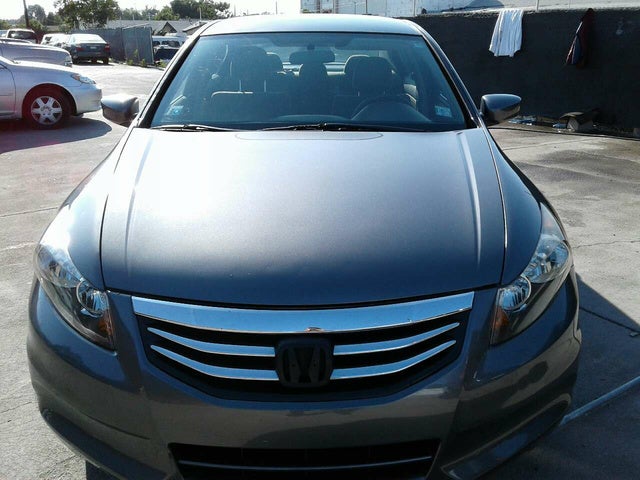 The 2012 Honda Accord, long a leader in the midsize sedan class, continues to offer a smooth ride and good bang for the buck to go with Honda’s top-notch reputation for reliability.

The Accord suffers by comparison to some of its longtime rivals, which have received updated interiors and powerplants and overall freshening in recent years, and direly needs the update due in 2013.

The 2012 Honda Accord may no longer be a “no brainer” of a choice, but writing it off as just another entrant in the busy world of midsize sedans would qualify as a mistake. The Accord still has much going for it. It’s been a strong part of Honda’s impressive run through the last few decades, and with the aid of a makeover, there’s no reason to think it won’t continue to be.

The 2012 Honda Accord may not stand head and shoulders above the crowd in the midsize sedan market, as its predecessors once did. Its longtime rival, the Toyota Camry, and others perhaps have closed the gap and may even have passed the Accord in some regards, but do not count this Honda mainstay out. The 2012 Honda Accord (which also comes as the Accord Coupe) still manages to hold its own and promises a bright future: A makeover with an eye on appealing to a younger audience is due for 2013.

It’s not only about the future, though. The 2012 Honda Accord has plenty going for it as is – it handles well, has lots of room in the interior and is an overall top performer – and will continue to draw its fair share of the market.

Honda tweaked the Accord some for 2011 to help tide it over to its scheduled update, but little changes for 2012, other than making its USB audio interface standard across the board. The 2012 Honda Accord LX gets the trim line started, and it moves up through the 2012 Honda Accord EX-L with Navigation. 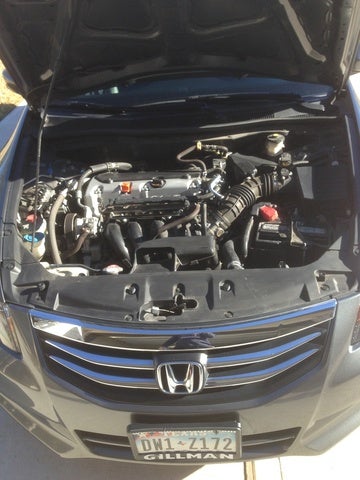 Honda sends its various Accord trims out with one of three powerplants. The 2012 Honda Accord LX, LX-P and SE sedans get a 2.4-liter inline 4-cylinder engine, good for 177 hp and 161 lb-ft of torque. A modified offering of that engine at 190 hp and 162 lb-ft of torque comes standard in all EX trims. A 5-speed manual transmission comes standard with either setup, and a 5-speed automatic is available.

Buyers of a 2012 Honda Accord EX or EX-L can opt for a 3.5-liter V6 that produces 271 hp and 254 lb-ft of torque. The 5-speed automatic transmission comes standard in both trims.

The 2012 Honda Accord receives good grades from reviewers for its responsive steering. But they tend to mark it down for acceleration, and they feel it drives like a larger car, generally a positive for ride quality, but not so much when it brings a bit of body roll in corners and affects the way the car handles.

The talk is that Honda may address this issue some with its 2013 redesign by cutting back a bit on the size of the Accord. That move, as well as making the Accord more fun to drive and more ready to compete with some of its rivals in that department, will be designed to benefit its fuel mileage rating, too.

The 2012 version collects mixed reviews in several areas, one being in road noise. There are experts who feel it is too noisy, especially on the highway and in comparison to others on the market, while some call it quiet.

The cabin of the 2012 Honda Accord comes up for debate among experts, too. It collects high marks for roominess, particularly in the rear, across the board.

After that, though, there is not a lot of consensus. The Accord again probably suffers a bit from past success in this regard. Most reviewers note that it once was a clear leader in the field when it came to the interior, in quality of materials as well as design.

Other cars and companies have caught up and surpassed it now, some feel. The 2012 Honda Accord still has its fans, though, and there are experts who commend the “almost luxury-car feel” of its higher-level trims and say it leans toward Acura, Honda’s high-end brand.

They praise its comfortable seating for passengers as well as the driver and the more-than-adequate size of its trunk.

The 2012 Honda Accord scores well in government and insurance industry crash tests, as have the Accords that have preceded it.

Safety features include side-impact airbags for the front seats and side curtain airbags, all-disc antilock brakes and stability and traction control.

Owners of the 2012 Honda Accord offer up a set of mixed reviews of their vehicles that are similar to those provided by the experts. Many of them swear by the Accord, but others appear more likely to swear at it.

Those in the former corner appreciate its smooth ride, fuel mileage, power and roominess and declare it one of the best values for a car around. One owner said the Accord: “Has become what Volvo used to be. A solid, dependable long-lasting car.”

And in the latter corner, an uncomfortable driver’s seat is a common thread among those who are less than enamored with the 2012 Honda Accord. Owners also point to road noise and tire noise as issues, and some say it doesn’t get the fuel mileage they thought it would.

Users ranked 2012 Honda Accord against other cars which they drove/owned. Each ranking was based on 9 categories. Here is the summary of top rankings.

Have you driven a 2012 Honda Accord?
Rank This Car

Cars compared to 2012 Honda Accord

Im trying to sell my two used cars that are older for one good used car that is newer and more room. Should I do them both separately and then combine funds to purchase one of your site? I don't hav...

When starting the car from cold, it makes a winding sound as it starts.

Honda Accord Windows Opening When Car Is Locked

I have come back to my 2012 Honda Accord several times to find the window partially opened. It's usually all four windows, although once it was just one window. I have been triple checking to make...

Why Certain Dashboard Lights Come On?

Just anti-skidding, brake and abs lights come on after driving a little while.

2012 Honda Accord Trims For Sale