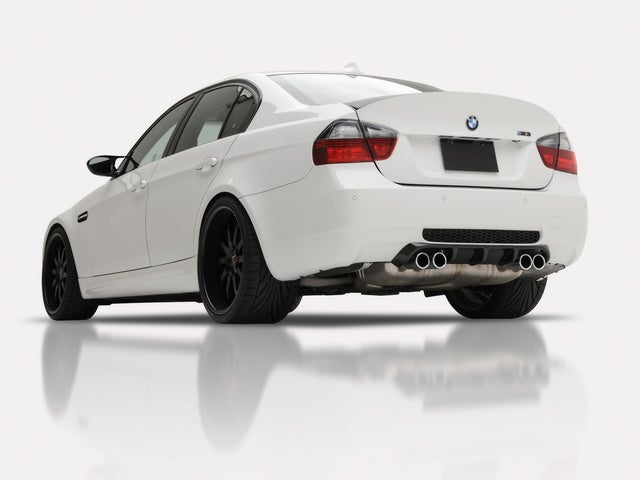 BMW's 2012 M3 is simply the pinnacle of premium performance in a coupe or convertible, with handling and power delivery that go unmatched. 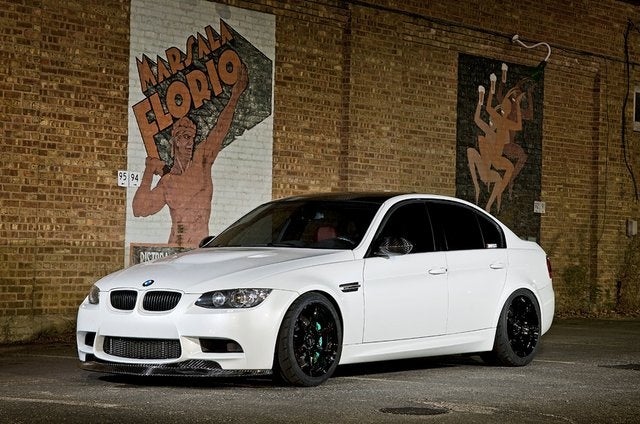 Natural aspiration is a classic, especially with the M3, but it’d be crazy to think BMW wasn’t going to make magic happen with a turbo 6-cylinder as well. Dropping the sedan makes 2012 an even more notable year, so getting an M3 is more attractive than ever, price point aside. The 6-speed manual wins out over the 7-speed auto according to testers and owners alike, so decide what flavor your top will come in – power convertible, carbon-fiber or steel with sunroof – and enjoy the last V8 M3 in the known future.

Four doors are too many for the M3 in 2012, as BMW has dropped the sedan trim from the model lineup. There are concessions, but the paltry addition of Bluetooth, a USB/iPod interface, BMW Assist and an antitheft alarm hardly make up for the loss of a useable back seat. That said, the sedan will return next year after the scheduled 3 Series redesign.

Rumors circulate that the M3 will drop its naturally aspirated V8 for a twin-turbo 6 in its next incarnation, so if forced induction runs afoul of your personal preferences, the time is right to grab an M3. 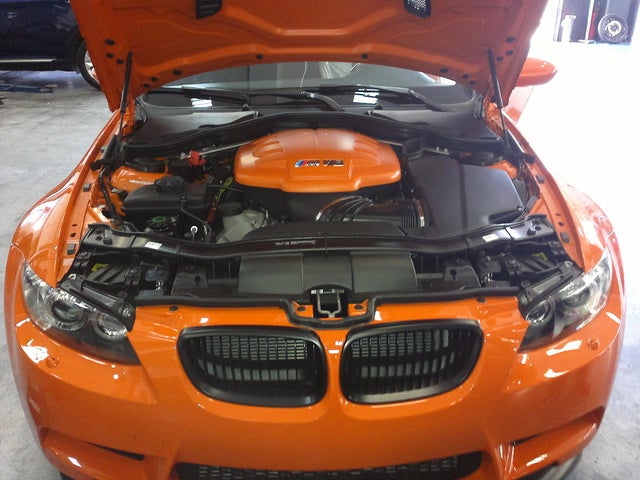 It’ll be hard to let this vicious V8 go. After being chosen as International Engine of the Year four consecutive times since 2008, it'll leave the new mill a lot to live up to. The 4.0-liter V8 that powers the M3 is an aluminum offering based on the architecture of the S85 V10 that powered the M5 and M6. With 32 valves controlled by doube-VANOS variable timing and a 12.0:1 compression ratio, the 4.0 was built to spin. Its peak power of 414 horses isn’t reached until a blurring 8,300 rpm. Torque is less impressive at 295 lb-ft at 3,900 rpm, but it’s enough to launch the M3 to 60 mph in about 4.5 seconds, with Car & Driver claiming an achieved 4.3-second run with the 6-speed manual and Motor Trend boasting 4.1 seconds when using the 7-speed M-DKG Getrag double-clutch gearbox. Feel free to verify these numbers with independent testing.

All engines in the 3 Series lineup require premium fuel, and the M3 doesn’t deviate. Regardless of the 6- or 7-speed transmission, the 4.0 will return an EPA-estimated 14 mpg city/20 highway, with the heavier convertible dropping to 13 in the city over the lighter coupe. These numbers center around speculation the BMW will go with the lighter 6-cylinder engine for the future M3, as the company continually tries to improve efficiency.

As the 3 Series continually shows the rest of the world exactly what handling should be, the M3 likes to show up its little brother. Here, the importance is on performance, with comfort being a slight and reluctant sacrifice. Bump isolation won’t be as dramatic as in a rival Merc for instance, but you’ll still get an impressively subtle blend with the M3. The lighter aluminum chassis and carbon-fiber roof in the coupe keep weight down and low, only adding to the potent mix that delivers a near 50/50 weight distribution. The M3's 4-wheel independent suspension utilizes MacPherson front struts and a multi-link rear with many lightweight materials to continue the weight-saving theme.

The car's optional adaptive suspension offers three modes–Comfort, Normal and Sport–although testers find that in Normal mode you’ll find it difficult to even glimpse the M3’s limits on public roads. However, if you feel your skills won’t be challenged enough, the Coupe offers an optional Competition Package that adds 19-inch alloy wheels wrapped in performance tires and the aforementioned lowered adaptive-damping suspension.

The M3 pays homage to luxury as well as speed with the typical standard features you’d expect from a German premium auto. That means dual-zone automatic climate controls, leather upholstery, 8-way power seats with memory heated power mirrors, and HD radio. If you’d like a power sunroof in your coupe, you can delete the carbon-fiber top for more traditional steel. You’ll have to pack on some pounds in order to see the sun.

While construction and materials are beyond criticism, some have complained about the plain styling of the M3, which doesn’t match its shocking performance. Some have even gone so far as to describe it as aged and bland, but radical gaudy styling has never been a hallmark of the Bavarian Motor Works, and deviations from this tradition shouldn’t be expected from the next M3.

Seats are comfortable and performance supportive, achieving the same balance as the suspension. Even the rear offers usable seating, but should be offered only to smaller adults and children for long-term travel. The convertible utilizes heat-reflective leather for the upholstery, so backsides don’t get burned when returning to a car that’s been sitting in the sun with the top down. On the opposite end of the thermometer, a Cold Weather Package adds headlight washers and heated front seats.

The 2012 M3 has yet to be tested by either the National Highway Traffic Safety Administration or the Insurance Institute for Highway Safety. It comes standard with dual front, front-side and curtain-side airbags in the coupe and with deploying rollover hoops and raising side airbags to replace curtains in the convertible. Both coupe and convertible come with 4-wheel antilock brakes and traction and stability control, and testing has found the M3 stops from 60 mph in just 100 feet – top of the class for anything short of a race car.

Owners lament the loss of the sedan in what may be the last naturally aspirated M3, but otherwise there’s little to complain about. The V8 provides abusive power with frighteningly high revving, both transmissions deliver mechanical precision to suit any preference and the chassis/suspension setup is unbeaten. While some complain that the design is a little stodgy, others boast of its classic and even timeless lines.

Users ranked 2012 BMW M3 against other cars which they drove/owned. Each ranking was based on 9 categories. Here is the summary of top rankings.

How can I register my car on this website.