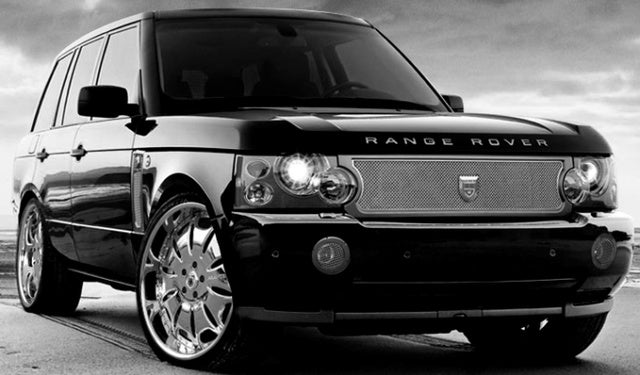 While muscle cars have returned to the styling cues of the 1960s, Land Rover has never really left the design cues that have made the Range Rover a global icon. For the 2011 model, the interior and four-wheel-drive systems have been updated from the 2010 model year refresh, but the 2011 Range Rover is still a modern classic.

The interior is better appointed than most luxury sedans available at or near its price range, with leather seating and wood trim that reminds many reviewers of the English clubs of old. With the 2010 update after Land Rover was sold to Tata, the instrument panel got a refresh that's both simple and easy on the eyes, using a digital display rather than dials.

Drivers benefit from a heated windshield for poor weather conditions as well as rain-sensing headlights. They'll be able to entertain passengers with a standard 14-speaker Harman Kardon digital surround system that includes audio inputs for MP3 players and figure out where they're going with the improved hard-drive-based navigation system that comes standard in the HSE trim.

There are two trims, and they differ not just in their engine, but in interior and exterior appointments as well. The HSE is the base, and in the 2011 Range Rover that means a 5.0-liter V8 churning out 375 horsepower and similar torque numbers mated to a six-speed automatic. Those looking for more power can opt for the 2011 Range Rover Supercharged, which ups those numbers to 510 horsepower and 461 pound-feet of torque to propel occupants from 0-60 in less than 6 seconds.

While most owners probably refrain from taking the Range Rover off-road, the heritage of the machine means that it is as amenable to cruising down the highway as it is managing ruts at a horse ranch. The 2011 Range Rover includes an updated four-wheel-drive system that allows for easy navigation of hills or descents.

If you choose to keep the Range Rover on the asphalt for the majority of the time, reviewers note that it has an easy highway manner with a quiet cockpit, though it can sometimes be cumbersome to navigate all three tons of it in turns.

Those buyers considering a 2011 Range Rover Supercharged trim will benefit from improved brakes in the front as well as an adaptive dynamics system that modulates the suspension response depending on conditions. Exterior pieces are relatively understated and include chrome exhaust tips and flashier air intakes near the front doors.

Add in features to make life easier, like rollover control, whiplash protection for front seat occupants, and knee-level airbags, and the 2011 Range Rover is a strong option for those who want to know that these features are there if they need them. Since the driver is seated high in the vehicle, the 360-degree camera for assistance during parking is a boon.

Prospective owners may not worry about fuel economy, about 14 mpg combined for either the HSE or Supercharged trim, but those are the same levels as previous model years, although power has been improved. The 2011 Land Rover Range Rover continues to be updated, yet its classic exterior and luxurious interior still provide the same appeal they have for decades.

What's your take on the 2011 Land Rover Range Rover?

Have you driven a 2011 Land Rover Range Rover?
Rank This Car

HOW MUCH OIL DOES A RANGE ROVER SUPERCHARGED TAKE

What Problems Can I Expect With A 2011 Range Rover

My brother is selling me his 2011 Range Rover which has 80,000 miles. The drive train was recently replaced and the brakes and tires are new. Are there major problems the Range Rover has when it get...

806 views with 2 answers (last answer about a year ago)

Good morning, I bought a car in July 2019 that I found on your website. Initial communication with dealership was via website as well. I was told that the suv, a 2011 Range Rover HSE, was in excelle...

HI, I RECENTLY ALIGNED MY CAR AND HAD THE RIGHT SIDE AIR SUSPENSION BAG BLOW OUT. I WAS TOLD THE DAMAGE HAPPENED BECAUSE I DID NOT OPEN THE REAR DOOR AT ANY POINT THE PROCESS. IS THIS CORRECT? D...

How To Shorten The Stick Transmission Of Range Rover Vogue

There are two form Transmission Range Rover Vogue stick long stick first and second roller in a modern .. How can I modulating stick to the roller or shorten the stick in a scientific manner