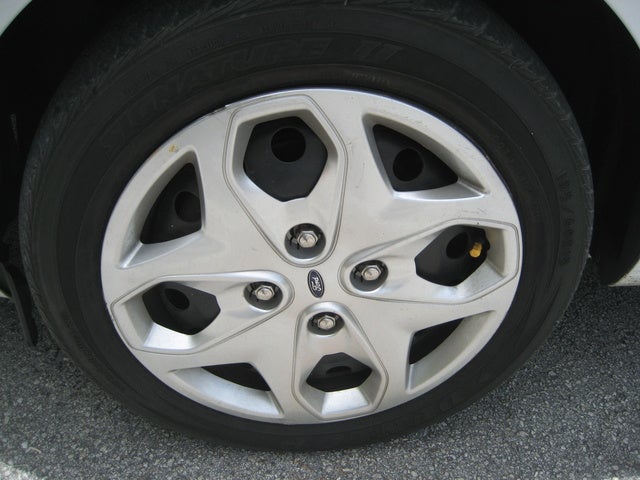 There’s obviously something wrong with me, as I’m constantly plagued by things I can’t have. Usually this manifests in ridiculous supercars for which I could never afford the insurance, let alone the pricetag – but money isn’t the issue with the 2011 Ford Fiesta, it’s space. The last time a Ford awakened these feelings, it was after they announced the GT concept, a modern take on a vehicle that more than 40 years ago showed Europe what an endurance race car should be. Dan Gurney was part of that legacy, and at almost 6'3”, they had to craft a bubble in the roof of his car just so he could fit inside. I’m taller than Dan Gurney, and I don’t have a team ready to modify my cars just so I can shoehorn myself inside – and so my Fiesta dream ends.

Or does it? Speaking with representatives at Ford, I’ve been assured that even at 6’4”, I should have no problem fitting in this seventh-generation Fiesta, newly introduced to the American market. This is thanks partially to a standard tilt and telescoping steering wheel, but also due to an increase in legroom needed to accommodate things like a knee airbag. In fact, there were lots of changes made to the Fiesta before importation. So many changes, in fact, that the U.S. model shares only 60% of its parts with its Euro cousin.

Not that a fact like that should matter for most U.S. consumers, as the last time they saw a Fiesta on American soil was likely during the Reagan administration. Despite being in continuous production since 1976, prior to 2010 the Fiesta was sold in the U.S. only between 1978 and 1980 – not exactly a dynasty. Thirty years offers a lot of room for change, so what does the 21st Century Fiesta offer the subcompact consumer?

First, let’s start with its six-speed PowerShift dual-clutch automatic, making its North American debut here in the Fiesta. The dual-clutch technology offers quicker shifts without the need for a torque converter. Add to this the fact that both clutches are dry – another NA debut for Ford - which negates the drag associated with a wet clutch, and Ford claims a 10% efficiency increase over a traditional automatic setup. Combine this with its sealed internal lubrication, eliminating the need for any maintenance over its expected 150,000-mile lifespan, and that’s quite an upgrade.

There have been other U.S.-specific changes, like suspension tuning and more comfortable seats to accommodate the …ahem… “unique” driving conditions on this continent, and while they do little for overall handling, they are a welcome boon to overall comfort. Here, we’ll get the choice of a 5-door hatchback or sedan, in any of five trim levels, all powered by the same 1.6-liter inline four-cylinder (I4) engine, putting out a frightening 119 hp – enough to rocket the little guy to 60 mph in just over 9 seconds.

But the big difference is in how we’ve decided to define “economy car.” When the term was first introduced, it signaled just as much about the quality as about the cost and efficiency of the vehicle. Thankfully, definitions are fluid. Here you’ll find amenities not seen in a subcompact before, like heated leather seats, a sunroof, keyless start, and Ford’s voice-activated Sync system. All of this in a car that will return an EPA-estimated 30/40 mpg, besting its rivals by more than 3 mpg!

So what’s there to complain about? The styling is award-winning, the fit and finish are class-leading, and the available features are found nowhere else in the class. Still, the dual-clutch transmission would be perfect for some steering-wheel paddle shifters, but we are left wanting. A sporty 3-door hatchback version like they get overseas would be nice as well, maybe even in an all-wheel-drive configuration like they've produced for rally racing.

Have you driven a 2011 Ford Fiesta?
Rank This Car

The serpentine belt broke replaced it but car won't start

My 15 amp fuse keeps blowing, the one under the bonnet , what could be the problem? Thanks

I have a 2011 Ford Fiesta. My old battery which wasn’t even originally that old kept dying. I replaced it with a new one and about two weeks after that my battery was dead again when I tried to sta...

Suddenly while driving my Ford car accelerator become non responsive, it will come into idle position, I hit the accelerator to ground nothing happened, now a days it keep on happening on every 2-3...