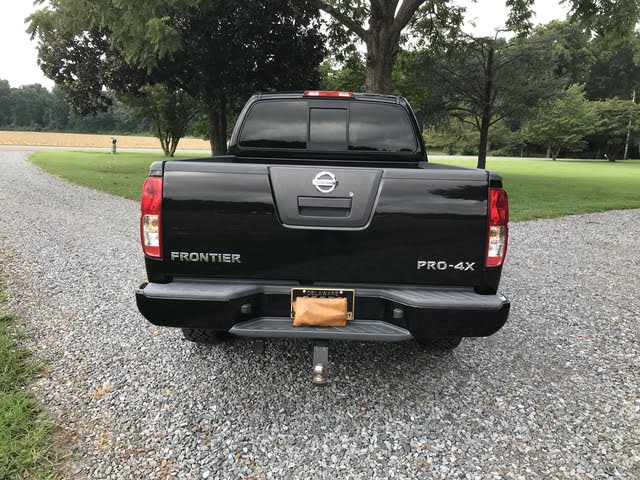 The finely crafted 2010 Nissan Frontier delivers ample power, is light on its feet, tackles off-road and inclement conditions, and will keep you comfortable while doing all of this.

Many optional 2010 Frontier features are lumped together into expensive packages, the rear seats in the King Cab are almost unusable for passengers, and there's no Regular Cap option.

With its excellent build quality, top-end performance, off-road capability, and innovative storage spaces, the 2010 Nissan Frontier is one of the best choices in the compact pickup class. Basically, the Frontier will provide whatever you need from a pickup.

Need a compact pickup truck that can do a little bit of everything? If so, take a long hard look at the 2010 Nissan Frontier. The Frontier is built like a rock, handles with agility and power, and has a wide range of trim options and packages.

The Frontier had a minor styling refresh in 2009 and remains essentially the same for 2010 with a few notable exceptions. Nissan added some much-needed safety features to the Frontier for 2010, including stability control, front side airbags, and side curtain airbags.

The Frontier is available with a King Cab (a.k.a. extended cab) or a Crew Cab (with four doors). The King comes standard with a 6-foot bed, while the Crew has a standard 5-foot bed, with the 6-footer available as an option.

Critics and consumers agree that the Frontier is one good-looking truck. With its brawny haunches, aggressive angled-strut grille, and overall athletic feel, the Frontier looks like a pickup stereotype, which is a good thing. It also looks like the baby brother of the Nissan Titan, which is also compliment. 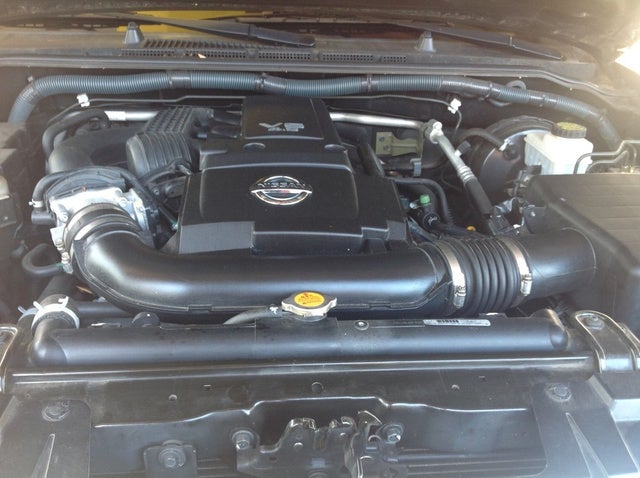 The four-cylinder engine is a nice option if you need a pickup and have to be very fuel conscious, but if you need your Frontier to do more than just get you from place to place, the critically acclaimed V6 is a better choice. The Frontier’s V6 is a 4.0-liter version of the same engine used in Nissan’s 350Z and the Infiniti G37. It’s both smooth and remarkably potent, delivering power at all speeds.

Most testers agree that the Frontier’s combination of on- and off-road performance is unmatched in the compact pickup class, as long as you go with the V6 engine. The PRO-4X is the trim of choice for those who need serious off-road capability, but it is noticeably stiffer than the other trims, so if you plan to drive your Frontier primarily on paved surfaces, the PRO-4X is probably not the best option.

Frontiers with the V6 (which are most of them) accelerate well off the line with the 281 lb-ft of torque and have no trouble passing at high speeds either. The speed-sensitive power steering is accurate and provides the driver with plenty of feedback, making the Frontier a very easy car to drive around town.

The Frontier’s full-length, fully boxed ladder frame, featuring super-high tensile steel placed at key areas, provides the foundation for its performance prowess. That frame, coupled with an outstanding suspension system (independent double-wishbone in the front and overslung multi-leaf with a solid axle in the rear), gives the Frontier a car-like feel on twisty roads, absorbs road imperfections great and small, and allows the Frontier to tackle tough off-road tracts.

The AWD system is shift-on-the-fly with a two-speed transfer case, a 4LO setting, a 32.6-degree angle of approach, a 23.3-degree angle of departure, Hill start assist, and Hill descent control. This AWD system is fantastic on any trim, but coupled with the Bilstein off-road performance shocks, the P265/75R16 BFGoodrich Rugged Trail tires on 16-inch alloy rims, and the full underbody skidplating of the PRO-4X, that AWD will grant you access to some serious wilderness.

The compact pickup class is known for minimalist cabins with a lack of technology and an abundance of cheap materials. The Frontier breaks that mold – for the most part.

The base XE trim has a typical bare-bones feature list, but the other Frontier trims offer a nice range of features. A general outline of those features is listed above in the “At a Glance” section and you can get a full breakdown through the trim descriptions. The materials, well, they tend toward plastic and hard, but you won’t find much else in this class.

The cabin has an attractive style that is also ergonomic, as the sweep-needle gauges are easy to read, and the controls are easy to reach and intuitive to use. The front bucket seats are very comfortable and supportive. The rear seats in King Cab Frontiers are accessed through small, rear-opening doors and are rather cramped, but again, this is par for the course with extended-cab seats. The rear seats in the Crew Cab are much more usable and offer plenty of legroom for adults.

There is a decent amount of cargo space behind the front seats if the rear seats folded flat, and Nissan has provided the Frontier with some innovative cargo cubbies as well. There are removable storage boxes beneath the rear seats, dual stacked gloveboxes, a fold-flat front passenger seat, and one-liter cupholders integrated into the front doors.

Read through some owner reviews of the Nissan Frontier and you'll find plenty of people who once owned Toyotas, Chevrolets, and Dodges saying they're glad they made the switch to Nissan. You’ll also find owners who keep buying Frontiers because they were so happy with their old ones.

Owners love the power delivered by the Frontier’s V6 engine. It’s hard to find many who opted for the four-cylinder. Owners also enjoy the Frontier’s on-road handling and the available Rockford Fosgate stereo, saying its an upgrade well worth the money.

The few Frontier complaints concern the sales experience or some early maintenance problems, but that can happen with any vehicle. Overall, owners are very happy with their Frontiers.

What's your take on the 2010 Nissan Frontier?

Users ranked 2010 Nissan Frontier against other cars which they drove/owned. Each ranking was based on 9 categories. Here is the summary of top rankings.

Have you driven a 2010 Nissan Frontier?
Rank This Car

2010 frontier battery was dead. When turning ignition got clicking and lights but no start. Tried to jump but then got nothing, no click, no lights. Got new battery and still absolutely nothing, Fus...

I am changing the steering wheel on my 2010 Nissan Frontier. The old wheel has cruise control on the right side. The new steering wheel has the same, but on the left side it has radio controls and pho...

I own a 2010 Nissan Frontier with cruse control on steering wheel. Steering wheel is crumbling and leaves a mess with small crumbs all over. I purchased a new leather wrapped wheel with cruse and als...

no crank problem. battery good replaced starter starter good but did nothing check power flow from ignition switch all good to IPDM check relay. relay good but it clicks on with ignition switch in t...