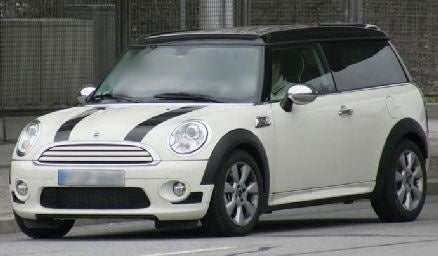 Have you driven a 2010 MINI Cooper Clubman?
Rank This Car

The Cars features were very nice and it had everything we wanted. The car was listed as a MINI JCW but it is not an actual JCW. With that in mind I think we still got a nice car for the money. We are ... Read More

My 6 th Mini in 12 years. Best one yet! My third Clubman, done leasing now, buying this one outright, as it has all the bells & whistles I like. My program was to buy a low-mileage, 2 or 3 yr. old veh... Read More

I love this car. I bought the manual model and its super fun to drive. I find it has some nice features like the hill assist. Easier manual to drive compared to the Jeep that I had awhile back or ... Read More

This is the car I shouldve bought over a year and a half ago when I got my Mini Cooper S 2dr. Read More

Minis break down a lot and have oil leaks Read More

Really like this model, it’s bigger and yet it gets really good gas mileage, the silver chroming is peeling off, it’s just paper looks like, and also the doors in the back one of the Pistons has gone ... Read More

Great car! Had been looking for this one for a while but great choice! Read More

Have you driven a 2010 MINI Cooper Clubman?
Rank Your Car →