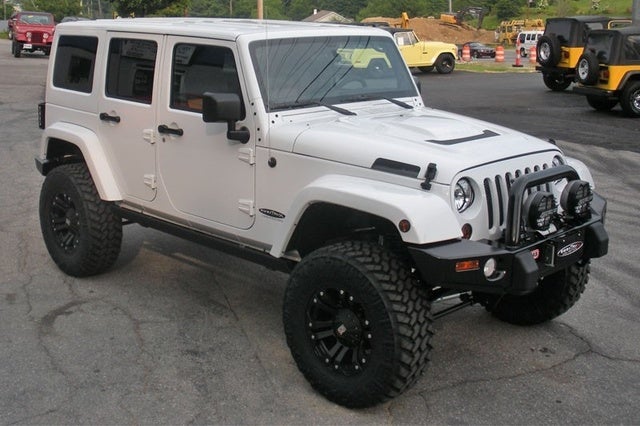 Image and off-road chops are far and away what set the 2010 Jeep Wrangler apart.

Terrible fuel economy from an anemic engine, a noisy interior, and poor on-road handling do little to mar the 2010 Wrangler’s reputation.

The Wrangler was an American icon long before it was even produced, and will remain so long after it ceases to exist. Thankfully, there are no plans to see it go away anytime soon. There are a million practical reasons not to own a Wrangler, but the Wrangler image and its off-road capability have never seemed to encounter any difficulty overcoming every one of them.

Currently produced at Jeep’s Toledo North Assembly Plant in Toledo, Ohio, the current Wrangler took up the mantle of the Jeep back in 1987 and has received an update at every subsequent ten-year mark. For 2010, only small changes are seen, with the Sport trim replacing the outgoing X trim level, and a very welcome redesigned soft top that is intended to make opening and closing less of a chore.

The Wrangler is available in two and four-door models, with the four-door Wrangler designated "Unlimited" (and covered separately here). Sport, Sahara, and Rubicon trims are available, with the Rubicon being the most capable off-road, equipped with the Rock-Trac 4WD system, which includes a 2-speed transfer case and 4:1 low-ranger gear, front and rear heavy-duty locking axles, and 17-inch aluminum wheels with off-road tires. All trims include standard 4WD. 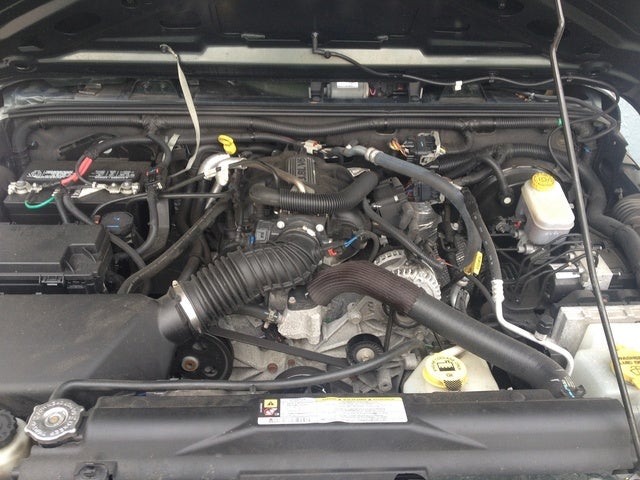 A 3.8-liter V6 engine powers all Wrangler trims, equipped with a six-speed manual or four-speed automatic transmission. This engine produces 202 hp; the Wrangler is reluctant from a standing start and struggles at speed, with no discernible difference between transmissions. When the engine is taxed, it lets the driver know with a noticeable growl that Jeep most likely intended to be more pleasant than it became in application, however it settles down at lower rpm.

The Wrangler’s 4WD system includes a low-range gear for off-road use, but the 4WD system cannot be left engaged on dry pavement. The throttle adjusts automatically for off-road use, tempering adjustments to a more predictable and precise manner. Maximum towing capacity is 2,000 pounds, and regardless of the transmission, the Wrangler manages a 15/19 mpg EPA rating, although RWD trims gain 1 mpg on the highway.

With dual live axles, the Wrangler can bounce, hop, and shimmy with the best of them, especially during cornering, which also induces body lean and noseplowing. On straight, smooth roads, the Wrangler is quite comfortable, producing a surprisingly pleasant ride from its capable off-road suspension.

And off-road is where the Wrangler really shines, eating up terrain with effortless grace. Steering is light, some feel too light, and brakes have been criticized for a too-soft feel.

Vehicle design has evolved extensively during the long tenure of the Wrangler’s existence, and it has failed to keep up. Switches and gauges are often out of reach or awkwardly placed, although no such complaints have been heard about the audio or climate controls. Removable doors mean controls usually located there have to be housed elsewhere, with power window switches found on the dashboard and center console. Strangely, many complaints have been heard about the location of the off-road controls being inconvenient for fast and easy access, even though they aren’t features a driver would need to access in a hurry as the intent to go off-road is most often extremely pre-meditated, at least in the best of circumstances.

Jeep has done a fine job of creating a rugged and almost spartan interior, without imparting a cheap feel. Soft tops allow a cacophony of sounds from wind rush and road noise, and while the hard top does improve things marginally, the resultant hollow acoustics resulting from the naked headliner are a questionable tradeoff.

Despite the inclusion of nothing more than dual front airbags, the Wrangler has earned a five-star rating in frontal impacts from the NHTSA. Side impacts have not been tested, and even though all Wranglers come with a standard roll bar, it only managed a three-star rating in rollover tests. Antilock four-wheel disc brakes with an anti-skid system are standard, and hill ascent control comes with the six-speed manual transmission.

It’s no secret that Wrangler owners are some of the most fanatic in the world, but that doesn’t make the Jeep immune from critique. Poor fuel economy and a harsh ride are near-constant complaints among owners, not to mention an uncomfortable rear seat and a noisy environment. Still, praise for the Wrangler's off-road capability, the ability to remove the top and doors, and more esoteric examples like the “experience” of owning a Wrangler far outweigh the objections.

KmarieK I love my 2010 Jeep Wrangler!! Came ready to off road, and great gas mileage!!

Users ranked 2010 Jeep Wrangler against other cars which they drove/owned. Each ranking was based on 9 categories. Here is the summary of top rankings.

Have you driven a 2010 Jeep Wrangler?
Rank This Car

Any Right Hand Drive In Pa Or Md

2010 Wrangler Unlimited Dead, Except For The LED Accessory Lights

It was running fine. I went out to start it and there's nothing. I charged and jumped the battery and still nothing. The LED lights that I had installed 6 months ago still work, but that's all. No l...

Jeep Cut Out While Driving