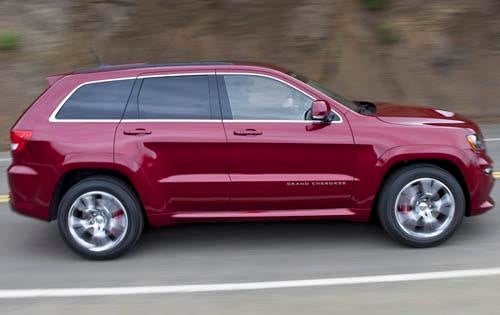 Powerful engines coupled with a capable and responsive suspension are the high points of the 2010 Jeep Grand Cherokee.

It seems as though Chrysler is the only manufacturer that didn’t notice fuel economy becoming a big deal in recent times, and the Grand Cherokee falls right in line with three dismal engine options.

It’s hard to argue the strong points of the Grand Cherokee, with two powerful V8s and a well-designed suspension that seems as at home on as off the pavement. That said, big men need not apply, at least not those taller than 6 feet. Couple this with a seeming total disregard for fuel efficiency, and the shine starts dulling on the Grand Cherokee – best to wait and see what Chrysler has in store for 2011.

The Grand Cherokee, the first Chrysler-badged Jeep product, debuted in 1992 as competition for the Ford Explorer. A true Detroit vehicle, produced at the Jefferson North Assembly in that fabled city, the Grand Cherokee was introduced at the North American International Auto Show by Chrysler’s then-president Robert Lutz driving it, and Detroit mayor Coleman Young, through a plate glass window.

Given a planned redesign for 2011, the Grand Cherokee sees no major changes for 2010, excepting the dropping of the top-tier Overland trim. Remaining Laredo, Limited, and SRT8 trims are offered with three engine and two drive layout options. 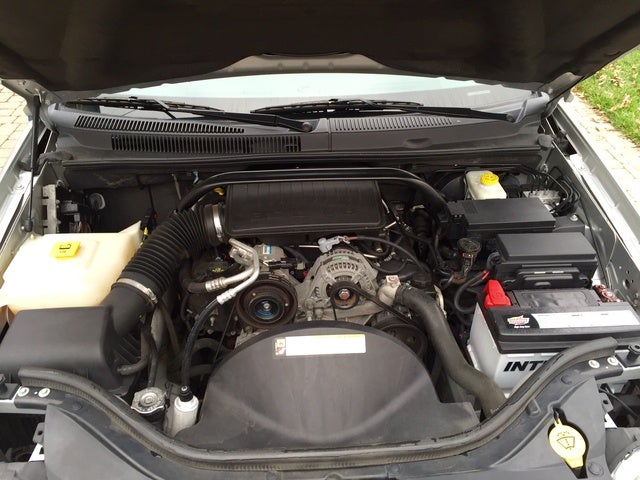 Laredo and Limited trims come standard with a 210-hp, 3.7-liter V6, although a 357-hp, 5.7-liter Hemi V8 is also available, and it comes with Chrysler's Multi Displacement System cylinder deactivation. While the V6 is lethargic, the 5.7 is strong in all situations. However, the real muscle comes with the SRT8’s 6.1-liter, 420-hp Hemi V8 – an engine that doesn’t bother with that pesky cylinder deactivation.

Yes, it’s fast, but it pays for all that speed with a fuel efficiency rating of 12/16 mpg, a figure that remains static, given that the SRT8 is available solely with AWD. Limited and Laredo trims have the option of RWD, and their numbers improve consequently, if only marginally. The V6 gets 15/20 in AWD configuration and 16/21 in RWD, while the 5.7-liter V8 returns numbers of 13/19 with AWD and 14/20 with RWD, none of which impresses. For more bad news, it’s 87 octane for the 3.7, 89 for the 5.7, and 91 for the 6.1. At least maximum towing capacity tops out at a respectable 7,400 pounds.

Chrysler announced a newfound emphasis on on-road performance with the debut of the Liberty, which featured an independent double wishbone front suspension in place of the more traditional live-axle/leading arms setup previously found on more off-road-capable Jeeps. The same setup was introduced in the Grand Cherokee in 2005, three years later. The result is a surprisingly car-like feel in a vehicle that still offers impressive off-road chops.

The SRT8’s stiffer suspension is more prone to unnerving movement when passing over choppy pavement and disappointingly doesn’t combat the lean and roll that prompts severe slowdown in corners. A more precise steering feel could help, but overall the steering is a good setup, with adequate feedback and a linear progression.

Front seat comfort is a plus here, with lots of room for legs and shoulders. However, a surprising lack of headroom negates all the positives. With its uncharacteristically low entry and exit, the Grand Cherokee seems designed for smaller occupants. The rear is little better, with some extra headroom, but cramped conditions otherwise on uncomfortable seats. Sure, you can shoehorn three adults abreast, but they aren’t going to be happy about it.

Controls at least are well designed, with only the optional navigation system complicating things. Visibility can be an issue, especially to the right and rear, with even the A pillars providing too large a visual distraction. Optional is Chrysler's UConnect, which adds Bluetooth, a 30GB hard drive, and a navigation system.

Rollover ratings seem to be the Achilles’ heel of the Jeep lineup, and the Grand Cherokee fares no better, earning a three-star rating in NHTSA tests. However with standard dual front, front-side, and curtain-side airbags, antilock four-wheel disc brakes with brake assist, an anti-skid system, and a tire pressure monitor, the Grand Cherokee is well-equipped when it comes to safety, and all other tests from the NHTSA showed a five-star rating for the Grand Cherokee. The Limited trim additionally gets a rear-obstacle detection system, and the SRT8 trim gets upgraded brakes.

Smaller owners are impressed with the room inside the Grand Cherokee, but those six feet tall and above will find it rather unaccommodating. Performance, in both power and efficiency, for the V6 is unimpressive, and while power ramps up significantly from there with the two V8s, the sacrifices made in efficiency make it hardly worthwhile. However, many have mentioned a welcome blend of on- and off-road performance.

What's your take on the 2010 Jeep Grand Cherokee?

Guru946JMX Car guru, have car that don't exist. It just a bait to get you into dealershipd

Users ranked 2010 Jeep Grand Cherokee against other cars which they drove/owned. Each ranking was based on 9 categories. Here is the summary of top rankings.

Have you driven a 2010 Jeep Grand Cherokee?
Rank This Car

I want to install a 2012 Challenger 5.7l Hemi engine into my 2010 Jeep Grand Cherokee Laredo. The Challenger engine comes with all the accessories, wiring harness and computer. I have my own transmiss...

Will a 5.7 hemi engine from a 2012 challenger fit into a 2010 grand Cherokee? The challenger engine is complete with all accessories, wiring harness and computer.

Why Is My Antifreeze Leaking?

I can't figure out where antifreeze is leaking, water pump seems to b ok and it's not any hoses or radiator, it seems to b coming from the back of the engine

How Do I Get A Fob Out That's Stuck In Ignition With Steering Wheel Locked?...

I recently bought a Jeep Grand Cherokee 10. I have been having headaches and nausea whilst driving. Took back to garage and they said it was the fuel filter. Then took back again as AC not workin...