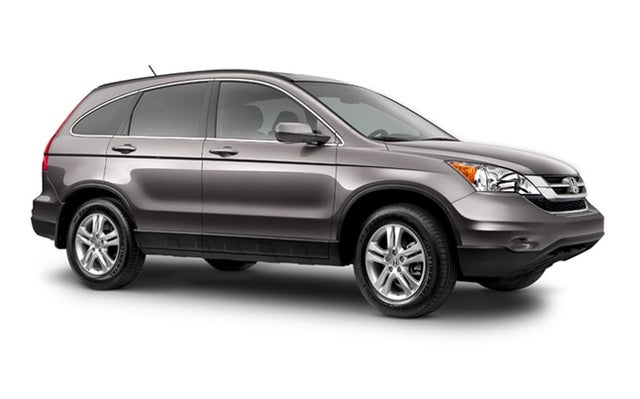 The Honda CR-V is affordable, efficient, utilitarian, and it keeps getting better, with increases in power and fuel efficiency for 2010.

The navigation system for the 2010 CR-V takes too much time to learn, and road and wind noise continue to permeate the cabin annoyingly. 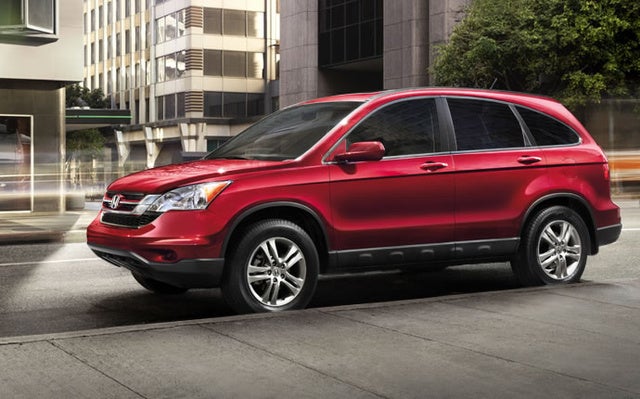 All-wheel drive seems a must in climates where snow and ice are encountered, but otherwise there is no mechanical difference between any of the 2010 Honda CR-V trims. Upgrades to the model continue, and this year sees some substantial ones for a mid-generation refresh. With that in mind, decide which options are worth cracking your wallet for, and drive away happy.

Call it a “Compact Recreation Vehicle” or a “Comfortable Runabout Vehicle”; the Honda CR-V has been a hit for Honda since its 1996 introduction at the Chicago Auto Show. This five-passenger compact SUV has a sole powertrain offering - a 2.4-liter inline four-cylinder (I4) engine paired with a five-speed automatic transmission - for both front- (FWD) and all-wheel-drive (AWD) configurations.

The CR-V gets a mild refresh for 2010, both cosmetic and mechanical. The front fascia has been redesigned with a new grille and bumper, while the rear gets a similar treatment with a redesigned bumper and new turn signals and taillights. EX and EX-L trims also see new 16-inch alloys. Inside, upholstery gets an upgrade and armrests get widened. Audio controls have been altered slightly, and backlighting for the gauges is now blue instead of black.

A 14-hp increase is seen for the 2.4-liter engine, bringing its output up to 180. There’s been no penalty for efficiency, and both FWD and AWD trims actually see a 1-mpg increase. 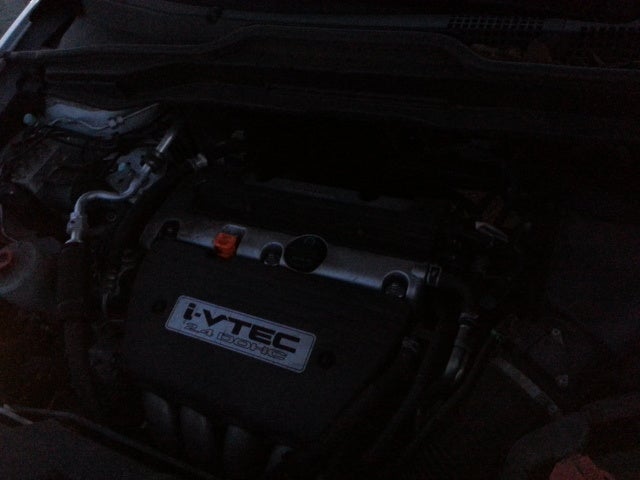 Previously criticized for being slightly underpowered and coarse, the CR-V's 2.4-liter I4 received many changes and updates for 2010, most notably a compression increase from 9.7:1 to 10.5:1. Additionally, larger intake valves, friction-reducing piston rings, a higher-precision timing sensor, high-efficiency fuel-injectors and spark plugs, and a higher-flow exhaust system have all been employed to improve power and efficiency. Accordingly, EPA estimates show a 1-mpg increase for both FWD and AWD trims, showing 21/28 and 21/27 mpg on regular-grade gasoline, respectively.

The power increase has been received well, with a notable improvement in highway passing and merging. That said, the 2.4 is certainly not a powerhouse, with a 1,500-pound maximum towing capacity, and while the five-speed shifts confidently and competently, drivers shouldn’t expect to win any races.

The 2010 CR-V provides car-like handling in all situations, improved here in the third generation, as the vehicle is lower and wider than previous versions. Body lean and roll are handled adequately, and maneuverability offers no issues in parking-lot situations, with a turning radius of 18.9 feet and pleasantly assisted steering. Bumps, ripples and ridges are handled without drama, offering a comfortable if not sporty ride. All three trims of the 2010 Honda CR-V are mechanically identical, barring the option of AWD, which does offer an improvement over the FWD trims in inclement weather.

As mentioned, a slight visual refresh has resulted in upgraded upholstery material, a blue gauge background, and revised audio controls that address complaints heard in previous model years. With the exception of the navigation system, which along with Bluetooth is an option exclusive to the EX-L trim, the controls of the CR-V have received much praise for their placement and function. Seats are comfortable, aided here by the new material and widened armrests, with plenty of passenger room in both first and second rows. Several luxury features like heated leather seats, a power driver’s seat, and dual-zone automatic climate controls come standard on the EX-L, but are unavailable otherwise. Road, tire, and wind noise can rise to uncomfortable levels.

The 2010 Honda CR-V, with its antilock four-wheel disc brakes with brake assist, six standard airbags, and an anti-skid system, scored well in NHTSA tests, earning a five-star rating in all categories excepting rollover.

The CR-V has provided SUV utility with car handling and efficiency since its introduction, and owners continue to be pleased with the improvements Honda has made in these areas. The power and efficiency increase for the 2.4-liter engine this year has also refined the engine, a major upgrade for a vehicle that garnered relatively few complaints. Additionally, the visual upgrades for 2010 have been a success, if reviews can be believed.

Volky Practical luxury in a FUN TO DRIVE package!

Users ranked 2010 Honda CR-V against other cars which they drove/owned. Each ranking was based on 9 categories. Here is the summary of top rankings.

Got tired about 1 year ago going to the dealer and having over 2k bills. I go private but no idea what service I should get at 138k.

Door Stuck On A Honda CRV

How do I open a locked rear door on a 2010 CRV to replace the door actuator? Door trim removed. Unable to open the door to get to the screws on the actuator. Is there a way to release the faulty a...

Car Does Not Lock By Remote

I just reattached my door jamb button because my key/headlight reminder wasn't going off and now my car won't lock when I press the lock button on my key fob. It unlocks my car just fine and the lit...

How Can I Put I Want To Do A Trade In

How do I put that I want to make a trade

Location Of Rear Differential On 2010 CRV

I know this perhaps a silly question, but where is the rear differential located on the 2010 CRV EX 2WD? I can't seem to locate it because it doesn't look like it is in plain sight. Thank you.