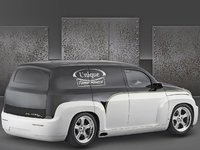 The 2010 Chevrolet HHR provides a spirited jaunt toward WWII-era America, at least in SS skin, without the hassle of carburetion, drum brakes, or a leaf-spring suspension.

Two of the three available engines are simply underpowered, a four-speed automatic is fast becoming primitive, and visibility issues continue to plague the '10 Chevy HHR.

Really, the only trim worth mentioning for the 2010 Chevrolet HHR is the SS. With its turbocharged engine, sport suspension, and unique trim, no other trim offers the performance and quality that matches the price point. If you don’t hate the way it looks, as so many do, get one now before the rumors of its replacement by the Chevrolet Orlando come true.

Built on the Cobalt frame, the 2010 Chevrolet HHR is a five-seat retro compact wagon/hot rod that is also available in a Panel version, a trim that deletes the rear seats and windows and aims at the delivery vehicle market. HHR stands for Heritage High Roof, a call-back to the 1949 Chevrolet Suburban and the likewise styling of many Chevrolets from the 1940s.

2009 saw some big changes for the HHR, with a power boost for the base engine, E85 compatibility for two out of the three available powerplants, and the addition of an SS Panel trim, which was subsequently deleted for 2010. Barring that change, 2010 is a carryover year for the Chevrolet HHR. 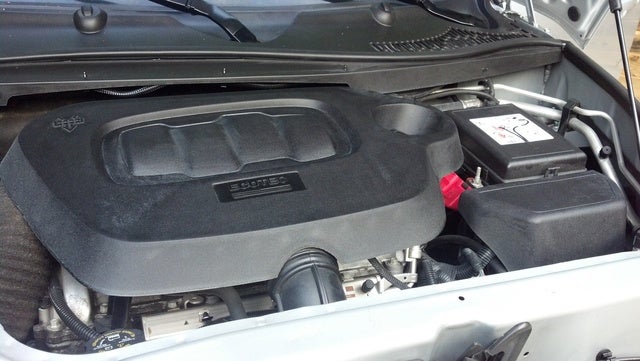 A base 2.2-liter, 155-hp inline four-cylinder (I4) engine powers the LS and LT trims, however the latter also has the option of a 172-hp, 2.4-liter engine. Both are E85-friendly and come with either a standard five-speed manual or optional four-speed automatic transmission. Regardless of the transmission chosen, and despite the power increase last year, both engines have been chided for their lack of pep and power, most especially the 2.2. The 2.4 is marginally better, but still lacks considerably when it comes to passing at highway speed and high-load situations.

That said, both transmissions have received plenty of praise with regard to their smoothness of operation and application of power. However, a four-speed automatic is becoming embarrassingly archaic.

SS versions get a turbocharged 2.0-liter four that produces 260 hp with the five-speed manual transmission, while the four-speed automatic comes with a 10-hp penalty. This engine provides ample power throughout the rpm range regardless of transmission, with peppy acceleration off the line and plenty of passing power higher in the rev range.

Three available suspension and wheel packages are available with the HHR, with LT and SS trims getting distinct sport suspensions and upgrades to 17- and 18-inch wheels. The base LS trim’s suspension and 16-inch wheels are not wholly incapable, however, even slightly sporty. The HHR remains composed over rough road with all three suspensions, and body lean is likewise kept under control. Steering is responsive with the LS and increasingly so with the LT and the SS.

Pedal feel is soft with the LS and LT, although the brakes on those models are more than adequate. The SS, however, provides a firm feel that is decidedly absent in the lower trims. Watch for abrupt noseplow in all trims, even in the SS, which additionally benefits from electronic stability control.

A good example of a balancing act, the interior of the HHR melds hard plastics with textures and build quality to avoid looking cheap. In the same vein, Chevrolet opted not to continue the retro-styling of the outside with the interior, employing a more modern look instead, and managing to do so without it being visually arresting. Controls have been praised for both their location and function, with some complaints heard regarding some of the smaller text - most likely from those old enough to remember the vehicles that inspired the HHR. The unique interior of the SS trim still fails to match the retro feel of the outside of the vehicle, but has received much praise from owners and reviewers.

Headroom is found wanting for taller occupants, although interior space is abundant overall. While the sloping roofline provides visibility issues, the high door/low floor design makes for easy entry and exit. Front seats provide both comfort and plenty of support, but the rears have been critiqued for a lack of both.

Panel trims delete the rear seats and windows, and add paltry floor storage in the guise of shallow bins that do little to add any substantial storage.

The HHR comes standard with dual front and curtain side airbags, four-wheel antilock brakes with discs in front and drums in the rear, although the SS upgrades to four-wheel discs. Additionally, all trims come with anti-skid, a tire pressure monitor, and daytime running lights.

The turbocharged 2.0-liter has been noted as both functional and fun, especially in contrast to its two weaker siblings. Some of the control markings have been called difficult to read, and rear-seat comfort leaves most wanting more. Still, the SS is a fun ride, with not even its firmer suspension and 18-inch wheels detracting from the overall experience.

Eddie I must agree I’ve owned 2 pt because the hhr did not come in a convertible. I m on 5 hhr only because I can find a less mileage one when I am near 80,000miles on the high mileage one.

Have you driven a 2010 Chevrolet HHR?
Rank This Car

Transmission Fluid Were Do I Add

How to replace master cylinder

Where Is The Switch For The Interior Lights Located?

2010 Chevrolet HHR Where is the Switch to turn off the interior lights like I am on the top of the inside of your roof ?

Where does the power steering fluid go