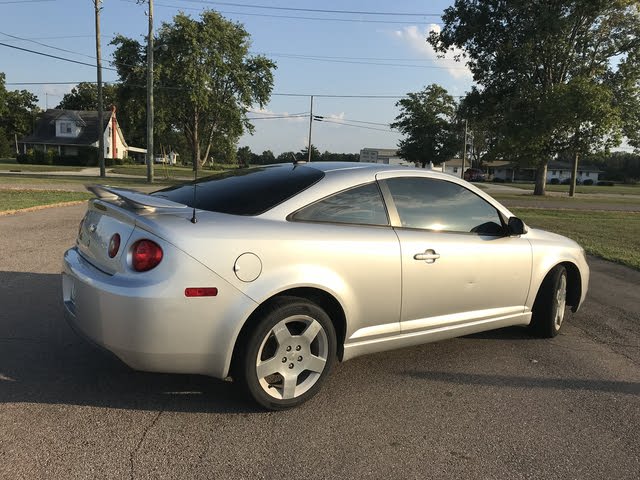 The 2010 Chevrolet Cobalt offers quality for the class at a great price and with competitive fuel economy.

The 2010 Cobalt’s 2.2-liter engine struggles in all but cruising situations, and comfort doesn’t seem to be an option buyers can choose.

The 2010 Chevrolet Cobalt is what it is, and that’s a good value for a compact car. The styling won’t change the industry, and the performance isn’t blistering, but for relatively little money, you can walk away with a solid performer with impressive fuel economy. With the SS going away, it’d be nice to see the option for four-wheel antilock disc brakes and traction control, but perhaps buyers will have to wait a while for that.

The Chevy Cobalt loses its high-performance SS trim in 2010, but otherwise this four-door, front-wheel-drive compact remains unchanged. Its three trims are all powered by a 2.2-liter, 155-hp inline four-cylinder (I4) engine, with buyer’s choice of a five-speed manual or four-speed automatic transmission. Manual-equipped Cobalts have the option of an Xtra Fuel Economy package (XFE) that adds low-rolling-resistance tires and drivetrain adjustments for an additional 2 mpg on the highway. 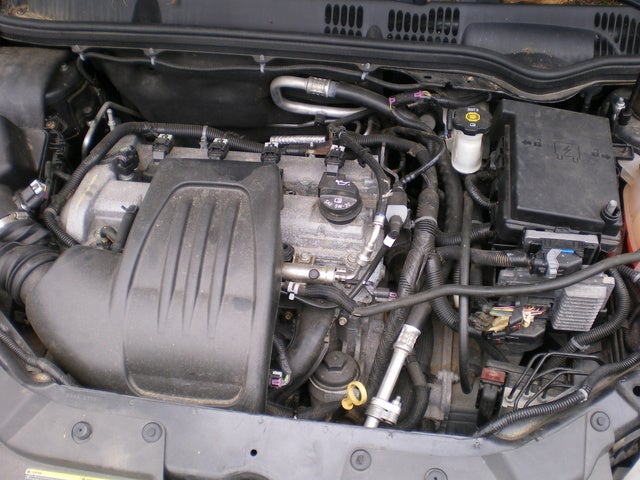 The 2010 Cobalt's 2.2-liter engine provides adequate power, but certainly won’t impress. Under load and with increased rpm, the engine produces a strained whine that is less than pleasing, especially considering the amount of downshifting necessary for highway maneuvering. However, when cruising and idling, the 2.2 is a mild-mannered affair.

The five-speed manual transmission is precise and smooth, adding a lot of fun to the driving experience. The four-speed is capable if a bit reluctant to downshift, although it comes with an expected mileage penalty, 24/33 mpg versus 25/35 for the five-speed and 25/37 for those with the XFE package. Regular-grade fuel is enough to satisfy the Cobalt.

The Cobalt’s Delta II platform, the same used for the Chevy Volt and Saturn Astra, provides a solid structure for a smooth ride with a distinct increase in composure on uneven surfaces over the previous chassis. While the suspension won’t give sports-car performance, it’s capable and controls lean and roll in turns to an adequate measure. There’s a pronounced decline here when equipped with the XFE package, as the low-rolling-resistance tires are far less capable in turns, however squeal is induced long before traction would let go, an alarming yet not dangerous situation. 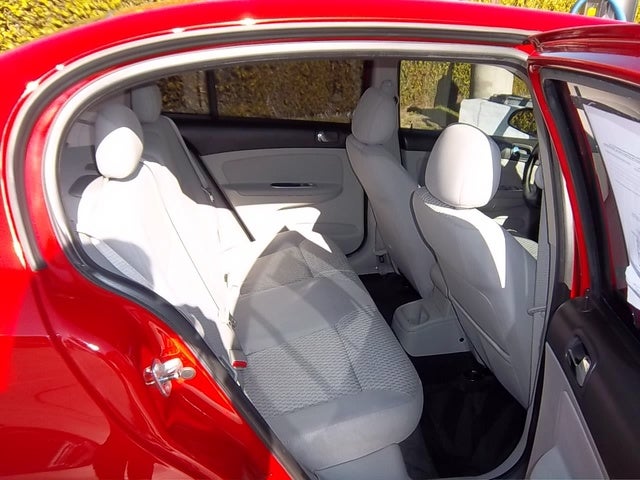 A compact in every sense, taller drivers would be best served by staying away. While the front seats have enough travel to accommodate those approaching 6 feet, the short cushion will leave legs hanging off the end, support ending at mid-thigh. Headroom is similar, and on par with the rest of the class.

The rear seats are seemingly for show only, inadequate for all but child seats and pets. Cushions front and back are too hard, and some testers found that the seatbelts in the front don’t provide enough room for even moderately tall drivers.

The cockpit has a simple layout, with the major complaints being that some find gauges too small to read easily and others find certain controls - namely climate - a bit too far to reach while driving. While hard plastics are the dominant material, they are textured properly to fit the class without feeling cheap. Cargo space is unsurprisingly limited, in both the trunk and the interior.

The NHTSA has awarded the Cobalt four stars in all tests barring front impacts involving the passenger, which earned five stars. Safety features are rather sparse, with dual front and curtain-side airbags, automatic headlights with daytime running lights, and a tire pressure monitor being the sole features.

Owners are pleased by the value they've gotten with the Cobalt, despite its sparse features. Many are surprised at the quality that you can get from a $13,000 car, especially with the fuel-economy it also brings. Refinement is a bit of an issue, with the 2.2-liter always feeling taxed, and space is in short supply.

What's your take on the 2010 Chevrolet Cobalt?

Heartsinky Mine has been nothing but trouble !! To start off my gear shift lights , for d r n 1 2 3 , it lights up sometimes!!!! Most of the time it doesn't light up, my air went out, took 4 trips to the dealer to get it fixed , they replaced ecm board,, or something like that. Good thing I had a ext warranty, because my warranty paid all together at least 500$ and I was out 150$ to fix the air conditioning! OK so then come out from work, my car don't start, waited 15 min it started,, done that a couple more times, then one day come out of the store it wouldn't start, after trying for 2 hrs, I give up go home, leave my car at the store, the next morning it starts up,, so I take it to the dealer, no che k engine lights are on, so I leave it with them 2 days they said they started it 100 times, it started every time, ok, that coasted me 75$. Ran fine for about 4 mths, moms in the Hosp, come out of the Hosp car won't start!!! It starts within a hr, so the next day it doesn't start it starts within 30 mins, the next day I leave the Hosp going home, I stop to get gas,, it won't start, ok so I wait 2 hours at the station, hoping it will start, it doesn't!! So I get us a way home I'm out of town!! The next day after I get off work, I have someone take me to my car,, I only have one car,, well it starts up!!! So I take it to the shop, they keep it 1 day it starts every time, still no engine light on !! That's been 3 mths probably , coming home from work, my SVC tire monitor service light comes on, my tires are fine, but after I turn the car off and restart, the light and service warning goes away!! About 3 days later my car starts stalling at red lights, my radio fades my car will die when I pull into home or working parking spot, it starts right back up, no engine light is on, take to the shop, they change my oil, my air filter, my fuel filter, still stalling, the dealer is like well if the check engine lights not on, we don't know what to fix, so here I am single mom have to work two jobs paying on a car I can't afford to fix, and afraid its going to get me and my kids killed !!! I wish I never seen this car,, wish I had kept my 1999 olds !! I feel the wiring is bad, I have had to replace light after light!! I don't know !!!

Stonedgoat I love my 2006 LS m/t since 24 miles on the odometer! Now almost 90k on the odometer it's been one of the most reliable and bang for buck cars I've ever owed. I love the car so much I found a low mile 2010 SS last year and damn that baby screams! Can't wait to build it up and make it a sleeper!

Have you driven a 2010 Chevrolet Cobalt?
Rank This Car

Power Steering Light On And Steering Wheel Is Hard To Turn

So the person I bought my car from put a new fuel pump in I think but the wired it to the ignition fuze it will work once it starts but not priming from it so it won't start but I would like to not...

Fuel Pump Is Messing Up

Front Speakers And Bluetooth Not Working All The Time

I have a 2010 Chevy Cobalt and periodically the front speakers and the Bluetooth will stop working. My door chimes airbag chimes stop working when this occurs. It worked fine for the first year-and-...

No Start After Warmed Up

My car will start right up time while cold, but once driven and shut off, while still warm, car will not turn over. All lights work radio works, battery is good, there's no click or anything though...