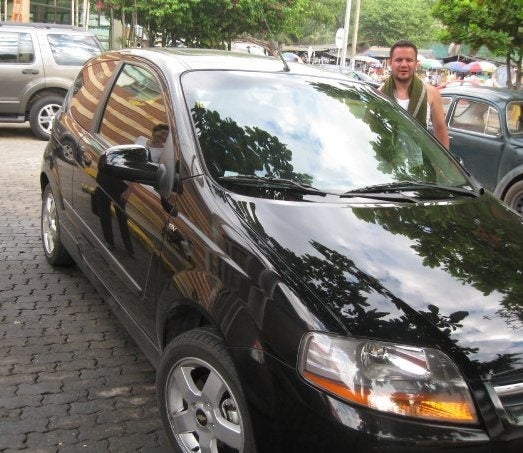 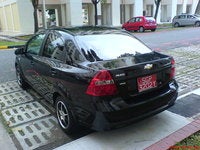 Poor acceleration, less-than-stellar cabin materials, a lack of legroom, and a dearth of standard safety features lower the 2010 Aveo’s desirability as a family automobile. 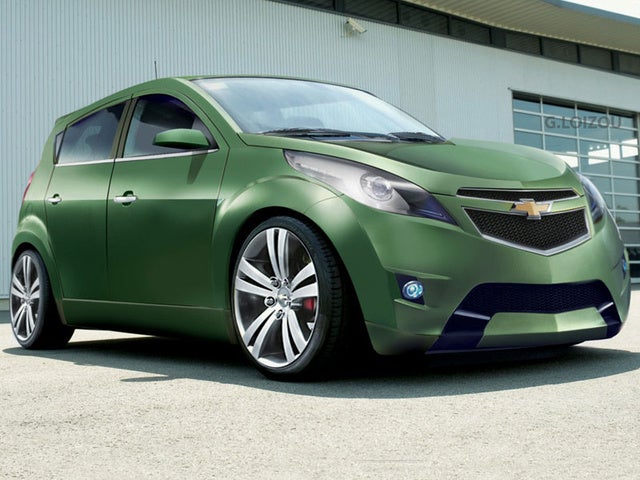 Inexpensive to buy and to operate, maneuverable in city traffic and parking lots, alleged to be reasonably fuel efficient, the 2010 Chevrolet Aveo is a true sub-compact car. The fact is, however, that there are better compacts out there offering more standard creature comforts and safety features, as well as scads more options, for nearly the same low price.

The 2010 Chevrolet Aveo has set itself as the standard for first-time car buyers, and offers both sedan and hatchback (the Aveo5) versions. Both the sedan and the hatchback offer five-passenger seating and three trim levels, the base LS, mid-level LT, and high-end LT2. The Aveo5 Hatchback offers five doors, including a rear liftgate, while the Aveo sedan, of course, has four. Cargo space is a tolerable 12.4 cubic feet in the sedan, with the Aveo5 providing some 40 cubic feet with the rear seats folded.

Essentially a carryover from ’09, when it underwent a significant redesign, the 2010 Aveo and Aveo5 have an increase of 1 horsepower in their single available engine, and the gearing in the five-speed manual transmission has been stretched to squeeze out another couple of miles per gallon.

This is a small, somewhat underpowered car that will nonetheless find a significant following due to its low base price and better-than-SUV fuel efficiency. One professional reviewer grants the Aveo distinction as the most popular compact on the market. Not bad for the runt of the litter, but Chevy has to be concerned that the Honda Fit, Kia Rio, and Toyota Yaris - each a better product than the Aveo and, with incentives and rebates, nearly as inexpensive - will soon usurp this distinction. 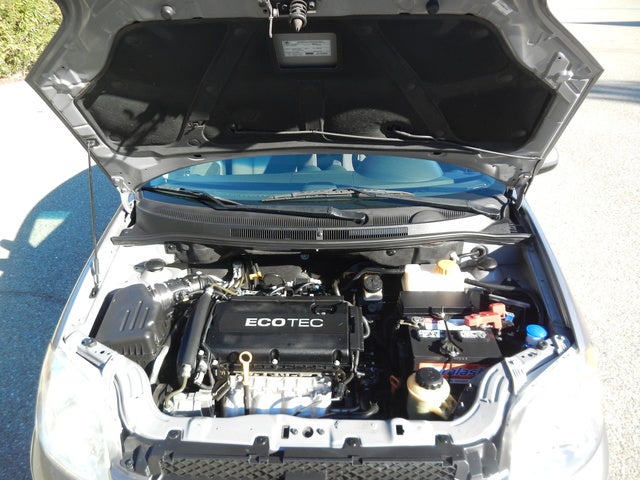 A 1.6-liter DOHC inline four-cylinder (I4) engine is the only powerplant offered for both versions of the 2010 Chevrolet Aveo. In combination with the standard five-speed manual transmission, the I4 delivers 108 hp at 6,400 rpm and 105 lb-ft of torque at 4,000 rpm. Keep these stats in mind when trying to pass or merge on the highway. Acceleration has been described as tepid, at best, by virtually every professional reviewer. Fuel economy is in the range of 27/35 mpg. Both the Aveo LT and Aveo5 LT trims can also be delivered with an available four-speed automatic transmission, whereby fuel consumption drops to 25/34.

Reviewers have found that the 2010 Aveo, not a particularly exciting ride to begin with, is even more of a drudge with the tweaked manual transmission. Performance-wise, the Aveo simply lacks any sort of driving pizzazz, nor is it as gas-miserly as it might be. Simply put, the single pony added to the stable for this year won’t earn the 2010 Aveo track honors, and the aggravating manual transmission isn’t worth the paltry gas savings. The Aveo is, in the opinion of most professional reviewers, strictly a commuter car, and for short commutes, at that.

The 2010 Chevy Aveo is equipped with MacPherson struts with the front independent suspension, front stabilizer bars, and a torsion-beam rear suspension. Though the ride is described by some reviewers as reasonably adequate, others find corner lean a bit excessive, and uneven road surfaces present some unsettling issues for its less-than-refined suspension. Tiny, 14-inch wheels are the norm with the Aveo LS and LT trims, while the LT2 trim level rolls on standard 15-inch tires (optional for the LT), which are available with five-spoke aluminum rims on both the LT and LT2.

The Aveo’s direct steering is noted by many reviewers as tight and true, though a bit of muscle is needed at lower speeds. Braking is considered decent, with little deviation from the straight and narrow. Pedal feel in hard braking, however, is nothing to write home about.

Though some reviewers describe the 2010 Aveo’s cabin as “well-designed,” and there is a consensus that, except for cramped legroom, it’s roomy enough for most normal-size adults, keep in mind that standard amenities are sparse in the lower trim levels. Gauges are found to be easily readable by most reviewers, with controls well-placed and adequately marked.

Options for the various Aveo trims include air conditioning and upgraded paint for the LS trims, remote keyless entry, Blutooth wireless communications technology, cruise control, Sirius/XM satellite radio, and power windows and door locks for the LT, while the LT2 ups the ante with an available power sunroof and leather-wrapped steering wheel.

Reviewers criticize the 2010 Aveo sedan, especially, for its cheesy plastics and less-than-quality interior workmanship. The consensus is that the Aveo5 hatchback offers a marginally classier cabin than does the sedan, but neither version overloads the senses with comfort and convenience features. Headroom in the Aveo, despite its high seating position, is noted by most reviewers as adequate.

Standard safety features with the 2010 Chevrolet Aveo include dual-stage front airbags and dual front side-mounted airbags. Four-wheel ABS is an option, but only for those LT trims equipped with the four-speed automatic. Foglights come standard only with the LT2 trim level, while no traction or stability control is offered at all.

The low sticker price for a 2010 Chevrolet Aveo seems to be the prime motivation for purchasing this sub-compact. However, owners complain that gas mileage isn’t as advertised, and that the 1.6-liter I4 is woefully underpowered. The Aveo’s cheap-looking interior and poor visibility to the sides and when backing up are also of concern to owners, as is a disappointing lack of cabin storage space.

Despite its faults, many owners do find that the 2010 Aveo provides a comfortable ride, responsive if not track-ready handling, and decent interior room. Owners cite the Aveo’s spiffy styling, a result of its revamping in ’09, as well as its ability to maneuver in tight spaces and city traffic, as contributing to its overall value. Additionally, such features and options as GM’s Onstar safety and telecommunications service, the power sunroof, keyless entry, and steering-wheel-mounted audio controls receive individual praise from owners.

What's your take on the 2010 Chevrolet Aveo?

Have you driven a 2010 Chevrolet Aveo?
Rank This Car

I am getting the oil light when the engine gets hot

My 2010 Chevy Aveo Keeps Stalling And Dying? Any Help?

I have a 2010 Chevy Aveo that I continue have stalling problems with. This has been going on well over a year and the dealership has seemed to not be able to figure it out. When I'm driving it will...

My car has power but doesn't want to start on cold mornings. I have some Prestone starting fluid but I don't know exactly where to spray it in order to start the car. I know it's the air intake but ...

About my 2010 Chevy Aveo LT sedan - The fan blows when the heat is turned on, but it blows cold air. If I drive a while it will blow warm for a few minutes than go back blowing cold. It doesn't m...