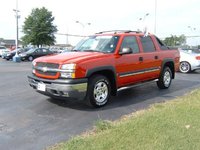 The 2010 Chevrolet Avalanche scores all kinds of points for versatility based on its ability to function like an SUV or a pickup truck simply by adjusting its innovative midgate.

The 2010 Chevrolet Avalanche is too “trucky” for some in its handling, and some also say it comes up a little short of power on the highway.

The 2010 Chevrolet Avalanche may just be the MVP - the Most Versatile Pickup - of the small-truck world. It can button up and ride much like an SUV, or open up and pull off some very capable weekend hauling.

Chevrolet leads off its lineup of trucks with the 2010 Avalanche. The Av, with a folding midgate that greatly increases the capacity of its pickup-style bed, is for folks who want to do some weekend hauling or boat-towing and appreciate versatility. This is no big-boy truck on the scale of Chevy’s own Colorado or Silverado, but it’s not your basic crossover SUV, either. It does have some car-like comfort features, and some prefer to label it an SUT, for Sport Utility Truck.

The Avalanche has not changed a lot in looks since its last redesign in 2007, a makeover that took away a bit of the clutter on the outside of the vehicle and drew thumbs-ups from reviewers. Four-wheel-drive (4WD) Avalanches now come with a single-speed transfer case, and the two-speed has become optional. A USB port is new and standard in all trims.

The Chevrolet Avalanche lost a trim for 2010 and is now available in three trim levels - the LS, LT, and top-of-the-line LTZ - each coming with rear-wheel drive (RWD) or 4WD. The LS has a bench seat in front and seats six total, while the LT and LTZ have bucket seats and room for five. 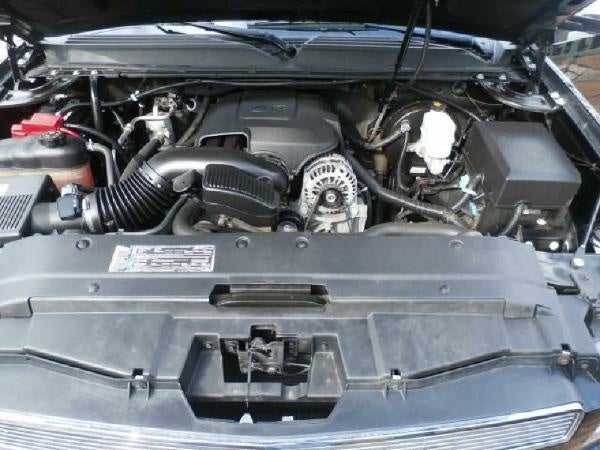 A 5.3-liter Flex Fuel V8 powers all trims of the 2010 Chevrolet Avalanche. The engine produces 320 horsepower and 330 lb-ft of torque. The transmission is a six-speed automatic with overdrive.

The Avalanche runs on unleaded regular or E85 ethanol or a combination of both. On unleaded regular, the estimated fuel mileage is 15 city/21 highway mpg, according to the EPA. A cylinder deactivation feature helps boost highway mileage.

Reviews tend to run a bit mixed when it comes to the 2010 Chevrolet Avalanche's ride and handling. Some are fairly impressed, but others note it might be fine - for a truck. Still others note that the Avalanche is good for getting around town, but seems a little underpowered on the highway. The steering is a bit unresponsive, some reviewers have said, but the Avalanche generally gets high grades for the smooth operation of its six-speed automatic transmission.

It gets high scores in “trucking” categories, too. Reviewers appreciate its hauling ability, particularly the flexibility the midgate offers in opening up extra space in the back, as well as its towing power. Its cargo space scores well, too.

The LS and LT trims come with 17-inch wheels. The wheels bump up to 20-inchers on the LTZ.

Space and comfort in the cabin are strengths of the 2010 Chevrolet Avalanche, according to reviewers. The Avalanche, in this regard, is more car-like than truck-like, and there’s plenty of room for people and cargo alike. The LS trim seats six with its front bench seat and with seats up in the back. The bucket seats that are standard in the LT and LTZ trims are optional in the LS.

The Avalanche’s versatility, a selling point with reviewers, hinges around its midgate. The Av loses its back seat, but the pickup bed jumps from just over 5 feet to a little over 8 when the gate is down. Reviewers like that the Avalanche has lockable storage areas in the bed and also a locking tailgate and storage cover.

The 2010 Chevrolet Avalanche has plenty of safety features, including antilock brakes (ABS), seat-mounted side airbags for those in front, roof-mounted side curtain airbags with rollover protection, and an electronic stability control system. A one-year OnStar advanced crash response plan is provided. A subscription is required after that.

The Avalanche collects a rollover rating of three stars in both RWD and 4WD versions. It gets five stars for driver and front passenger protection in frontal impacts and five stars for the front and rear seats in side impacts.

A smooth, comfortable ride and versatility in hauling and storage are a few of the features that owners like about the 2010 Chevrolet Avalanche. It’s a fun SUT to drive, too, in part because the driver sits up fairly high, some owners say. The ride is solid, and the Avalanche has a safe feel to it, they add. They also give it high marks for the way it handles in rough conditions.

They rave about the interior of the vehicle and enjoy, among other features, the more recent additions, such as the cooled seats and Bluetooth capability. With the sunroof open and midgate glass removed, the Avalanche offers quite the airy ride, and that’s appreciated, too.

They note, though, that the 2010 Chevrolet Avalanche is no small rig, and that can make parking difficult. They seem to be in agreement that the rear parking assist system, as well as the rear-view camera, come in handy and are worth the investment.

What's your take on the 2010 Chevrolet Avalanche?

Have you driven a 2010 Chevrolet Avalanche?
Rank This Car

Will Escalade Rims Fit On A 2010 Avalanche?

I'm not sure the year of the escalade

What fluid to use in transfer case dexron Vl or auto track ll, and what is the difference in the two?

I just bought a 2010 Chevy Avalanche 5.3 flex fuel 6 speed transmission, when driving, my oil pressure will drop from 40psi to 30psi is this normal for this vehicle? Where is the typical oil press...

I have a 2010 Chevy Avalanche. It stinks trying to get in or out of bed of truck. Do they make a rear bumper with the side cut outs that can be installed onto my truck for easier access?

I noticed the A/C light was not on when my car started getting hot. When I pushed it lit then went out instantly. Any ideas on what to check?