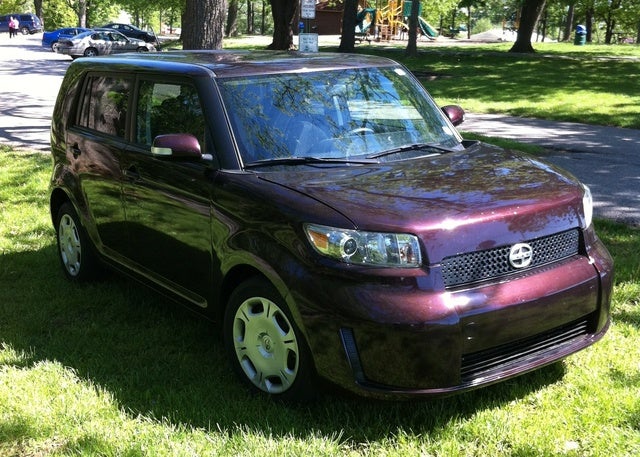 The 2009 Scion xB provides lots of space, an incredible list of standard features, and one of the best base sound systems available.

Some questionable ergonomic issues and a drop in fuel economy are issues in Scion's 2009 xB.

You can drive an xB off the lot, extremely well-equipped even in base form, for well under twenty thousand dollars, which is pretty hard to beat. With a wealth of available options, you can go wherever you want from there, even to the point of an upgraded sound system, DVD entertainment system, LED interior lights, and 19-inch alloy wheels. Scion does a lot of things right.

The iconic Scion xB made almost everyone go “Huh?” back when it was introduced in 2004. The five-door, box-shaped station wagon was aimed, as is the rest of the Scion lineup, at generation Y.

After a redesign in 2008, the xB is now larger, more powerful, and less “boxy” than its forebears. With a front-wheel-drive layout, one available engine, and an almost unbelievable list of standard features, the xB has proven appealing to a wide range of consumers, well beyond the scope of its original aim. For those who want a bit more than the base model, it offers an equally impressive list of options that allow you to create the xB you want, with everything from larger wheels and upgraded sound to spoilers and a security system. 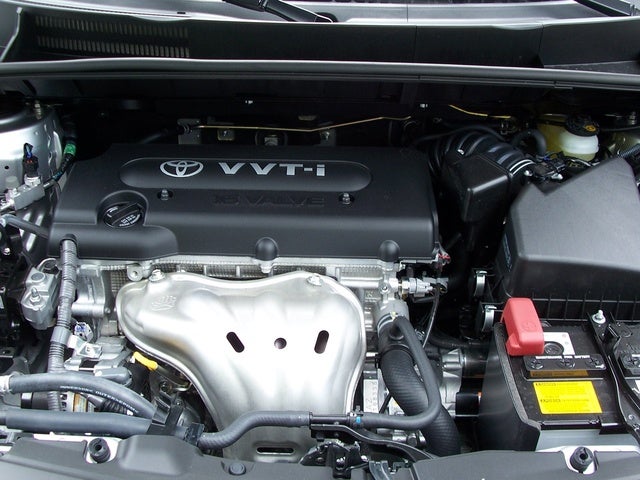 The xB’s DOHC, 2.4-liter, 158-hp inline four-cylinder engine utilizes Toyota’s Variable Valve Timing with intelligence (VVT-i), in use since 1996. The engine comes with a five-speed manual or four-speed automatic and produces its peak power at 6,000 RPM through its FWD layout.

Recommended for use with regular fuel, both automatic and manual xBs have EPA estimates of 22/28 mpg, although testers have found the manual to perform about 4 mpg better on average. Still, these are significant drops from before 2008’s redesign, which also saw a 55-hp increase in power for the xB.

While both transmissions produce enough low-range power to encourage quick starts, the xB lacks punch at the upper end of the spectrum. The manual transmission has been found less than smooth as well, making the automatic seem a much more attractive option.

For the body style, the expected lean and roll shows up, although not alarmingly. The ride is actually quite compliant, with enough feedback to let you know what’s happening without annoying you with spine-shaking input after every pebble in the road. However, you’ll hear every bump reverberate through the cabin, especially larger ones.

The low-speed maneuverability that was a major selling point of the model before 2008’s redesign enlarged it has been retained, thankfully. While pedal feel is firm and stopping power adequate thanks to a major brake upgrade last year, the steering gets progressively more numb as speed increases.

Room abounds in the xB, perhaps even more so in the backseat than the front. While some testers found a lack of legroom a potential problem for taller drivers, no such issues have been encountered in the rear. Storage space is also abundant, both in the cabin and the rear, with a total of 70 cubic feet.

Controls in the xB have always had a mixed reaction, and nothing has changed since the redesign. Depending on driver height and seating position, the gearshift and even the speedometer can be out of reach or out of sight. That said, the rest of the controls seem well-placed and easy to use, and the cabin materials themselves, while not on par with a more upscale vehicle, fall far from the cheapness one might expect from a vehicle in this price range.

Seats both front and back are supportive and comfortable, even for long trips, and the driver enjoys height adjustability. One of the biggest selling points of Scions has been a 160-watt Pioneer sound system with iPod connectivity, still standard since the redesign.

Standard safety features for the xB are dual front, front side, and curtain side airbags, antilock four-wheel disc brakes with brake assist, antiskid, and a tire pressure monitor. NHTSA ratings for the xB were reported at four stars for front impacts involving both the driver and the passenger as well as rollover resistance, and five stars for side impacts for the driver and rear passengers.

Complaints have been registered regarding the digital speedometer being out of sight, the gearshift being out of reach, and the driver’s armrest being less than functional. While cult appeal has been retained even after the redesign, some claim that the originality of the earlier model has been largely lost, although no one seems to complain about the increase in power. That said, the loss in fuel economy hasn’t gone unnoticed.

Users ranked 2009 Scion xB against other cars which they drove/owned. Each ranking was based on 9 categories. Here is the summary of top rankings.

What Do I Need To Do?

My Car Has Been Parked For Two Years.

My 09 Scion XB Went Up In Flames. Need Warranty Info & Dealership Is No Lon...

I bought a car through your website at a dealer who is no longer in business. The name of the dealer was called high quality auto. I bought the car last year in October and just three nights ag...

How Many People Can Fit In The Scion Xb. ?