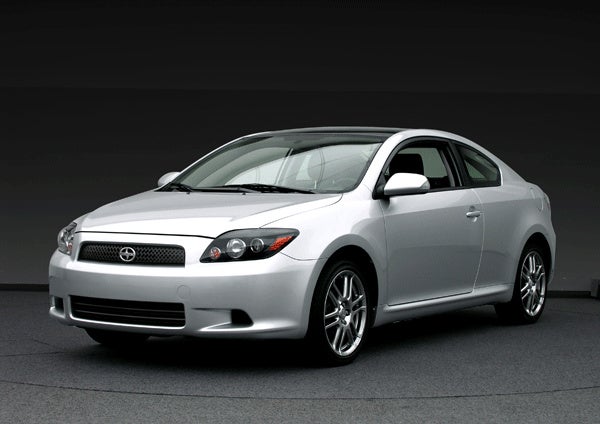 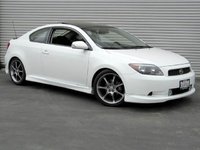 An impressive list of standard features, as well as build quality and performance usually not found in cars in its price range, all bode well for the 2009 Scion tC.

Cramped conditions for taller drivers are one of the only negatives for the '09 tC, but taller drivers probably aren't shopping for a two-door coupe. 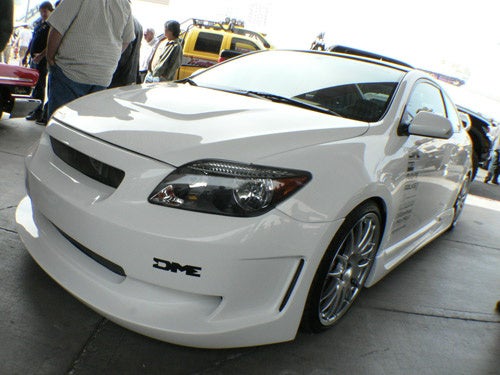 The tC is a proven if slightly ignored entry, ready to run with cars costing significantly more. With a seriously long list of standard features, it provides a lot for its very low sticker price, and it offers a long list of options to really customize your ride. It could use a bit more power to really capture the younger market it aims for, but Toyota’s TRD division has plenty of options for just that purpose.

The tC was introduced by Scion as a concept car in 2004 and debuted as a 2005 model. Built on the platform of Toyota’s European Avensis and sharing an engine with the Camry, this two-door sporty hatchback is a carryover from 2008. The only change is the move to a single trim level with the dropping of the Spec Package trim from previous years.

The Scion tC is considered the unofficial successor to the Toyota Celica, whose production ended in the U.S. in 2005. Originally meant to fit in the Scion lineup as the xC, the model designation of tC was chosen to avoid confusion with Volvo’s XC models. Meant to appeal to generation Y consumers, a low price point, long list of standard features, and many options for customization have made it a success for that demographic. 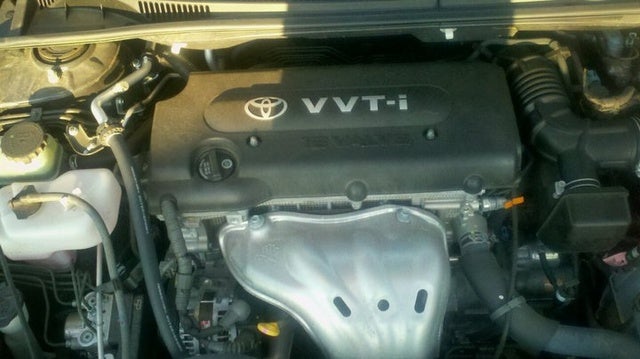 The tC’s DOHC, 2.4-liter, 160-hp inline four-cylinder engine utilizes Toyota’s Variable Valve Timing with intelligence (VVT-i), in use since 1996. Partially because of this technology, the tC qualifies as a CARB-certified Ultra Low Emissions Vehicle. The engine comes standard with a five-speed manual and offers an optional four-speed, and it produces its peak power at 5,700 RPM through its front-wheel-drive layout.

Power is adequate for most situations, although downshifting and heavy footwork are necessary for midrange passing. The tC's 0-60 times are below 8.5 seconds, not blisteringly fast by any means, but certainly quick enough. Recommended for use with regular fuel, automatic-equipped tCs can expect EPA estimates of 21/29 mpg, while manual versions will get 20/27.

Ride quality is quite good all around, especially for a smaller car. Severely uneven surfaces and broken pavement do reverberate throughout the chassis at speed, but it’s a small price to be paid for the firm confidence exuded in all other instances, with either the 17- or 18-inch wheels. In turns, grip is high and lean is low, and the steering has a stout feel that never gets too heavy. Its four-wheel antilock disc brakes are immediately firm and pleasantly progressive.

The tC is proof that hard plastics poorly assembled aren’t a given on any car costing less than forty grand, let alone one costing less than twenty. Materials are quality and with a fit and finish implying a car well out of the tC’s price range, a welcome change from the norm. Some of the only complaints heard regarding the controls are in regard to visibility due to the deeply recessed design, which could be classified as a criticism of form rather than function. Otherwise, controls and gauges have been well-received, and described as smooth, conveniently placed, and easy to read.

Noise is a bit of a problem, from the engine at higher RPMs, from the tires over less-than-smooth surfaces, and especially from the standard panorama glass power moonroof.

Seats are very comfortable and supportive, if a bit cramped for the taller crowd. Even in spirited driving, there’s plenty of support up front both laterally and vertically, and adjustment for height and thigh support. There’s a slight lack of head- and legroom for those taller than 6 feet, in the front and back, but others should have more than enough space.

The tC has done quite well in safety tests, despite the absence of traction control or anti-skid. With standard front and curtain side airbags, as well as four-wheel antilock brakes, NTHSA ratings came in at five stars in all categories except front impacts involving the passenger and rollover resistance, each of which received four stars. 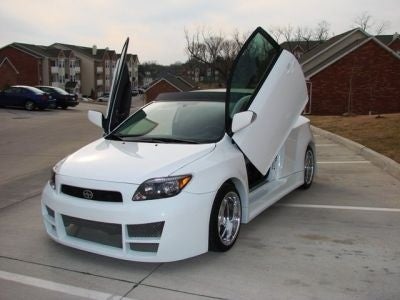 Complaints have been heard about the visibility of the gauges and specifically around some of the illuminated indicators in the speedometer and tachometer housing. Space is always an issue for a compact, but is actually better than most in the tC, so that should be taken into account. Otherwise, most are impressed with its quality and wealth of standard features.

I just got a battery installed in my 2009 Scion tC. When I turned on the vehicle I noticed my radio station settings were different and my clock was way off. What reasonings could be behind this b...