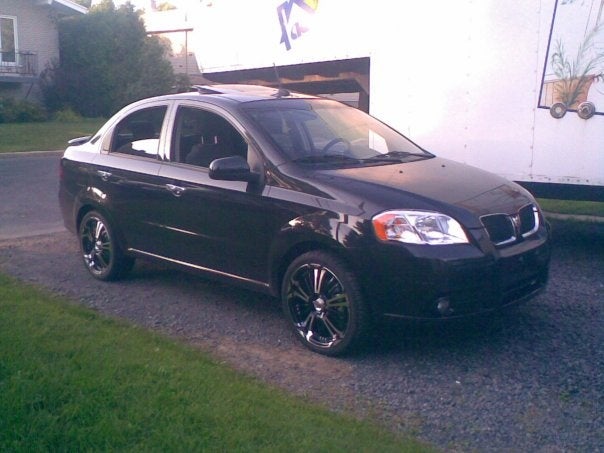 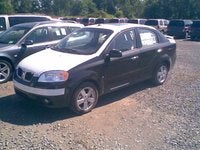 Pontiac now offers four cars capable of more than 30 mpg on the highway, and the G3, rated at 27/34 mpg, is its latest. The catch? This five-door hatchback is simply a rebadged Chevy Aveo, which some have found unreliable and not as efficient as advertised. The G3, like the Aveo, is engineered and built in South Korea by GM Daewoo, and it’s appeared across the globe under a range of guises from the Holden Barina in Australia to the Daewoo Gentra.

The only changes from the Aveo are the G3’s front and rear ends. The “smiling” front grill and standard rear spoiler may appeal to some, but they are hardly enough reason to buy a G3 when a Honda Fit, Nissan Versa, Toyota Yaris, and even Pontiac’s own Vibe offer much more at a similar price.

The G3 comes with a 1.6-liter, 106-hp inline four that produces 105 lb-ft of torque connected to either a five-speed manual or a four-speed automatic transmission. 14-inch steel wheels come standard, while 15-inch, five-spoke painted aluminum wheels are available with the sport package.

Dual-stage frontal and side-impact airbags for the front seat come standard, as does one year of the OnStar Safe and Sound package. Four-wheel antilock brakes (disc in the front, drum in the rear), however, are optional.

The G3 has single-zone air-conditioning, a CD/MP3 audio system with six speakers and an auxiliary jack, foglamps, and the rear spoiler. Pontiac says the G3 has more rear-seat legroom than the Fit or Yaris and more shoulder and hip room than the Fit, Yaris, and Versa. The rear seats also fold down for added cargo room.

The G3's extra room and standard amenities may be nice, but is that what shoppers are really looking for in an entry-level economy car?

About how to change spark plugs wires,where are they?

it is clean regularly maintained. no prior accidents. new all season tires plus 4 winter tires.