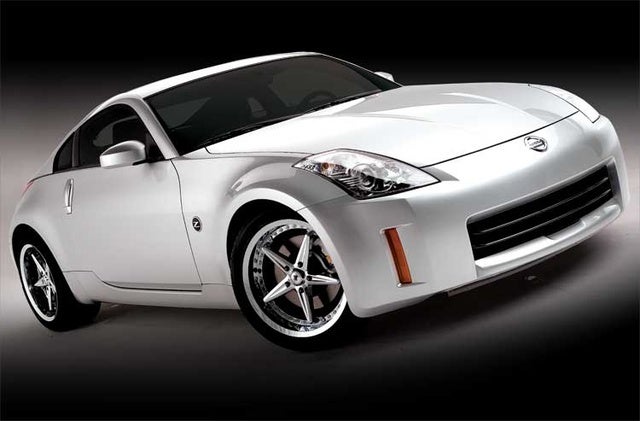 The big news from Nissan regarding their 350Z for '09 is that this sporty speedster will be available only as a drop-top. Nissan has decided to discontinue the coupe for this model year and will, after a little tweaking, reintroduce the coupe as the Nissan 370Z later in 2008. Meanwhile, aficionados will have to content themselves with all the amenities of the 350Z without the hard top.

A 306-hp, 3.6-liter DOHC 24-valve V6 that puts out 268 lb-ft of torque is the standard - and only - powerplant for the 350Z. However, the 350Z offers two transmissions - a six-speed manual overdrive or a five-speed auto-manual - with each of the three trims. EPA mileage estimates with either transmission are 17/24 mpg.

The ’09 350Z Touring trim adds such standard features as heated leather front bucket seats, a Bose 6-disc CD changer with seven speakers and a subwoofer, and lockable storage behind the passenger seat. The Grand Touring 350Z trim features Nissan’s vehicle dynamic control system. Options for all trims include upgraded paint, chrome 18-inch wheels and an aluminum kick plate for the Enthusiast, and for the Touring and Grand touring trims, extra-cost paint and a DVD-based navigation system.

Owners of the 2008 find the 350Z to have an interior lacking true sports luxury features, and nearly all find the Bose sound system “abysmal.” The lack of both satellite radio and a telescoping steering wheel also disappointed some owners. Most, however, overlook these drawbacks and laud the 350Z’s power, performance, braking, styling, its quiet ride and, above all, its price.

Can You Find A Red 350z Automatic, Clean With Low Miles