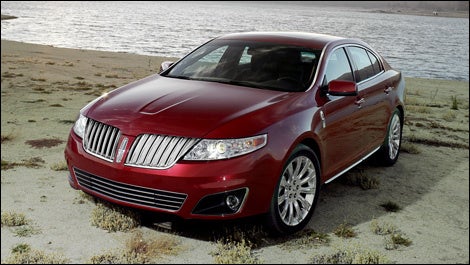 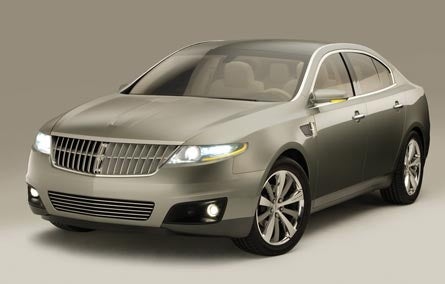 Brand new for 2009, the Lincoln MKS has made a splash in the full-sized luxury automobile pond. As the flagship of the Lincoln lineup, the five-passenger, four-door MKS comes loaded with features and safety, all packaged in an aggressively handsome body fronted by a grille based on the 1941 Lincoln continental. The ’09 MKS shares its basic chassis design with the Volvo S80 and is built to challenge the Volvo, as well as the Cadillac CTS, the Lexus GS and the Acura RL.

Owners are, for the most part, impressed with the 2009 Lincoln MKS, describing it as comfortable and fast, though some have called the ride “bouncy” and that the MKS is not as agile as expected – but what full-size luxury sedan is? Owners are of a mixed opinion about the MKS regarding fuel efficiency, with some reporting better than advertised average mileage and some not so good. However, comfort, luxury, user-friendly technology and an impressive interior design all leave most drivers more than satisfied the ’09 MKS.

Have you driven a 2009 Lincoln MKS?
Rank This Car

Noise? Got Flooded But Starts Just Fine Engine Light On

My lincoln mks got flooded with water.we pushed it out of water and started just fine..drove it for a day or so no problems..bur on the 3rd day made a loud popping noise and a little smoke? I check...

Im putting in a remanufactured motor and the old motor is out and I need to take several things off the motor like the front crankshaft pulley.

How Does Title Transfer And Payment Work?

Still learning the website, but I didn’t see much detail on HOW the process of making the sale through Car Gurus works. Can you please direct me to the correct spot?

I Have A 2009 Lincoln MKS And It's Been Sputtering. The Check Engine Light ...

603 views with 3 answers (last answer about a year ago)