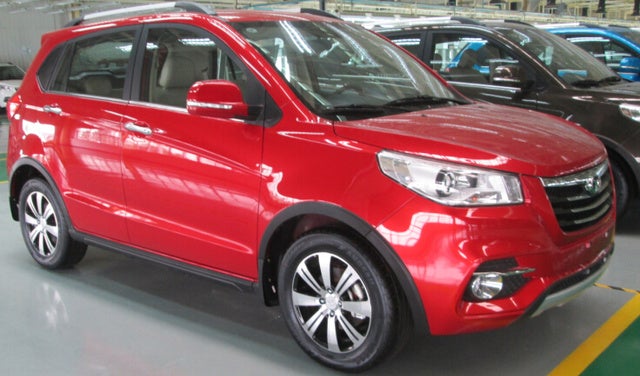 The Entourage offers a highly configurable cargo layout, complete with removable/folding second and third row seats and a multitude of storage compartments for smaller items.

The Entourage lacks a composed feel, and while the ride quality has been described as adequate, drivers must endure non-responsive steering, frequent body roll and poor bump absorption.

Introduced in 2007, the Entourage represents Hyundai's pioneering venture into the highly competitive and ever-expanding minivan market. There are no significant changes from 2008 to 2009, and Hyundai does not anticipate any major alterations in the near future.

Hyundai positions the Entourage to compete with the Toyota Sienna, Honda Odyssey, Nissan Quest and the Dodge Grand Caravan, but Hyundai's focus on value drops the Entourage a notch below those more established names in this segment, with respect to interior comfort and available amenities. The Entourage boasts more horsepower than all except the Sienna, and its 60,000-mile bumper-to-bumper warranty nearly doubles what every competitor offers. Entourage fuel economy is consistent with the class average, and the Grand Caravan is the only alternative with a lower base price. 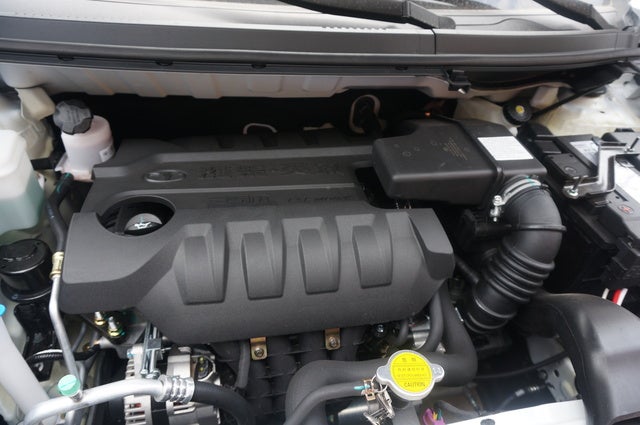 Hyundai offers the Entourage with only one drivetrain. The front-wheel-drive minivan utilizes 3.8-liter V6, which generates 250 horsepower and 253 pound-feet of torque, and mates to a five-speed automatic transmission with a manual shift control. Entourage earns a 16/23 mpg EPA rating, which places it in the middle of the minivan pack with respect to fuel efficiency.

Thanks to the strong V6 power plant, this minivan offers very reasonable hauling capabilities and quickness off the line. The Entourage will speed from 0 to 60 mph in just over eight seconds, and Hyundai claims a towing capacity of 3,500 pounds.

Aside from its powerful and smooth V6 mill, the Entourage's ride quality suffers from the expected minivan shortcomings. While the suspension provides reasonable levels of comfort and composure for daily commuting, it fails to damper the intrusions from larger bumps and divots in the road. Occasional shakes and bounces are unavoidable during any extended travel.

Entourage handling dynamics also fall into the average performance range for this segment, with a fair amount of body lean through most turns. The upper level trim can be equipped with 17-inch tires, but this upgrade brings only minimal improvements. The steering system is hampered by slow response and an awkward numbness, but it provides an adequate amount of control for the casual driver.

There are two trims for the Entourage: GLS and Limited. Both come equipped with the expected convenience-oriented amenities like split-folding seats, full power accessories, multi-zone climate control and cruise control. Buyers do have some flexibility with options, thanks to family-friendly add-ons like a rear-seat entertainment system and power-operated doors.

The Entourage interior features a user-friendly instrumentation layout, highlighted by large gauges and simple and easily accessible controls. Driver visibility is free of obstruction in most directions, but broad A-pillars up front may occasionally create difficulties when turning. The cabin also benefits from from creature comforts like tri-zone climate controls, a flip-down center tray table and a number of convenient storage compartments to minimize family clutter.

In addition to stow-aways for smaller items, the Entourage also offers plenty of cargo flexibility, thanks to sliding and adjustable second-row seats and a rear bench which can be folded into the floor. The second row captain's chairs are also fully removable, but at 75 pounds a piece, this adjustment may require a team effort. There are 141 cubic feet of total cargo room available, which falls slightly below the average for this segment. Thirty two cubic feet are available for luggage alone, without any reconfiguration of the seating. Passengers will find comfortable chair-height seats and ample headroom in the second row, and even the rear seats will accommodate most adults. Entry and exit are both manageable, but many testers say the sliding doors don't open wide enough for optimal ingress, egress or cargo loading.

When in motion, occupants must endure audible but tolerable levels of tire and wind noise. Engine sounds are well-dampened, but a push to full-throttle will quickly bring the V6 to the passengers' attention. The Entourage interior is commensurate with its sticker price, which means owners will have to make due without upscale refinements and luxuries like a navigation system or a backup camera. While the fit and finish appears clean and well-organized, Hyundai's reliance low-grade plastics gives the overall interior environment an undeniable budget-quality feel.

Safety is a strong selling point for the Entourage, which earns a perfect five stars in government crash tests for occupant protection in frontal and side-impact collisions. The Insurance Institute for Highway Safety awarded the Entourage its exclusive "Top Safety Pick" recognition, for frontal-offset and side-impact crash tests, and for the effectiveness of its head restraints in rear impacts. Every Entourage comes equipped with ABS with brake assist, stability control, traction control, front seat side airbags, head curtain side airbags for all three rows and active front-seat headrests.

Common complaints include the poor gas mileage, the modest interior and poor parts quality. While many others have commented on the Entourage's lack of driving refinement and the absence of upscale amenities, there is a clear consensus among owners: the Entourage is acceptable compared to other options in this segment, but value is its primary appeal.

What's your take on the 2009 Hyundai Entourage?

Have you driven a 2009 Hyundai Entourage?
Rank This Car